During our intimate tour of the Ferrari factory in Maranello, Italy--courtesy of Shell Philippines--we asked Ferrari press officer Joanne Marshall just how much of the Italian carmaker's current production still features a red paint job. As you know, red has been the one color most associated with Ferrari through the decades, stemming from its assignment as Italy's national racing color even before Enzo Ferrari established his company.

According to Marshall, red became so popular among the Ferrari faithful that 90 percent of all Ferraris in the past were rendered in that color. In fact, a couple of decades ago, she said, it was nearly impossible to resell a Ferrari if it wasn't red.

Today? The number of Ferraris with a red paint job is down to 45 percent, revealed Marshall. This includes "eight to nine shades of red," the most popular of which is still the traditional Rosso Corsa (literally "racing red"). There's also the slightly orangey Rosso Scuderia, as well as dark and metallic variations that even bear the names of places prominent in Ferrari's history (Rosso Maranello, Rosso Mugello and Rosso Fiorano).

These days, it is not uncommon to see a Ferrari painted in black, white, yellow, gray, even blue. But a really trendy Ferrari color today is silver, which now accounts for 15 percent of all Prancing Horses being produced, shared Marshall.

Any specific reason for the shift in color preferences?

"Nothing really," Marshall told us. "It's just an indication of personal tastes."

If you could own a Ferrari, what color would you want the car to be in? Take our poll. 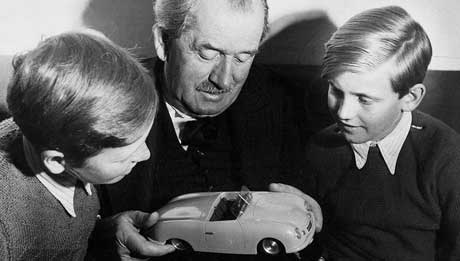 The 10 greatest father figures in motoring history
View other articles about:
Recommended Videos
Read the Story →
This article originally appeared on Topgear.com. Minor edits have been made by the TopGear.com.ph editors.
Share:
Retake this Poll
Quiz Results
Share:
Take this Quiz Again
TGP Rating:
/20