Formula 1: So, what’s next for Daniel Ricciardo?

When Daniel Ricciardo moved to McLaren at the start of 2021, it looked like a match made in heaven: a sensationally fast driver joining a team on the rise, ready to fulfill his potential at long last.

And yet here we are barely a year and a half later, watching on as a driver of the Aussie’s caliber is dropped before the end of his contract in favor of someone who’s never raced in Formula 1 in anger. It’s quite incredible.

None of this is official yet, of course, but joining the dots isn’t hard: When Alpine lost Fernando Alonso to Aston Martin at the start of the week, it sparked the silliest of silly-season dramas, as the French brand ‘announced’ reserve driver Oscar Piastri as his replacement, only for the reigning Formula 2 champion to deny it: “This is wrong and I have not signed a contract with Alpine for 2023,” the youngster said of the deal. “I will not be driving for Alpine next year.” 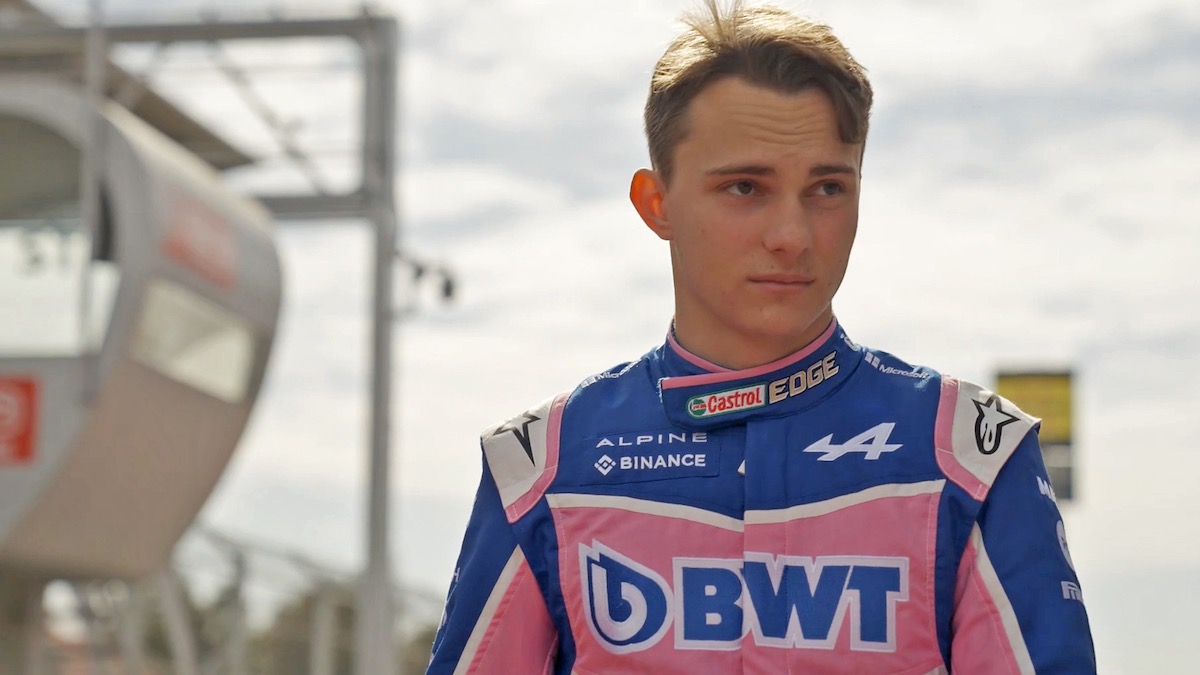 Piastri is managed by former Red Bull driver and oh-so-nearly-world-champion Mark Webber, who is no stranger to the inner workings of F1’s driver market. The only reason to back away from the team that has invested so much in his client’s development (Piastri joined the Renault Sport Academy in 2020, then went on to win F3 and F2 titles in successive years) is because he’s found a better offer. And the only team with wiggle room to do that is—you guessed it—McLaren.

Sure, Ricciardo’s deal doesn’t run out until the end of 2023, but in F1, even a water-tight contract doesn’t always guarantee you a place on the grid. Team boss Zak Brown made a lot of noise in May about ‘mechanisms’ that would allow McLaren to break things off, although Danny Ric made it clear last month that he was “committed” to the team and that he had no intention of “walking away.”

And if McLaren’s game of lawyers and clauses comes to nothing, there’s always the option of simply paying up what Ricciardo would’ve earned and saying ‘cheerio.’ That would likely mean parting with a massive sum of money, but given how public the fallout has been, it looks like the Woking team has decided to bite the bullet either way. 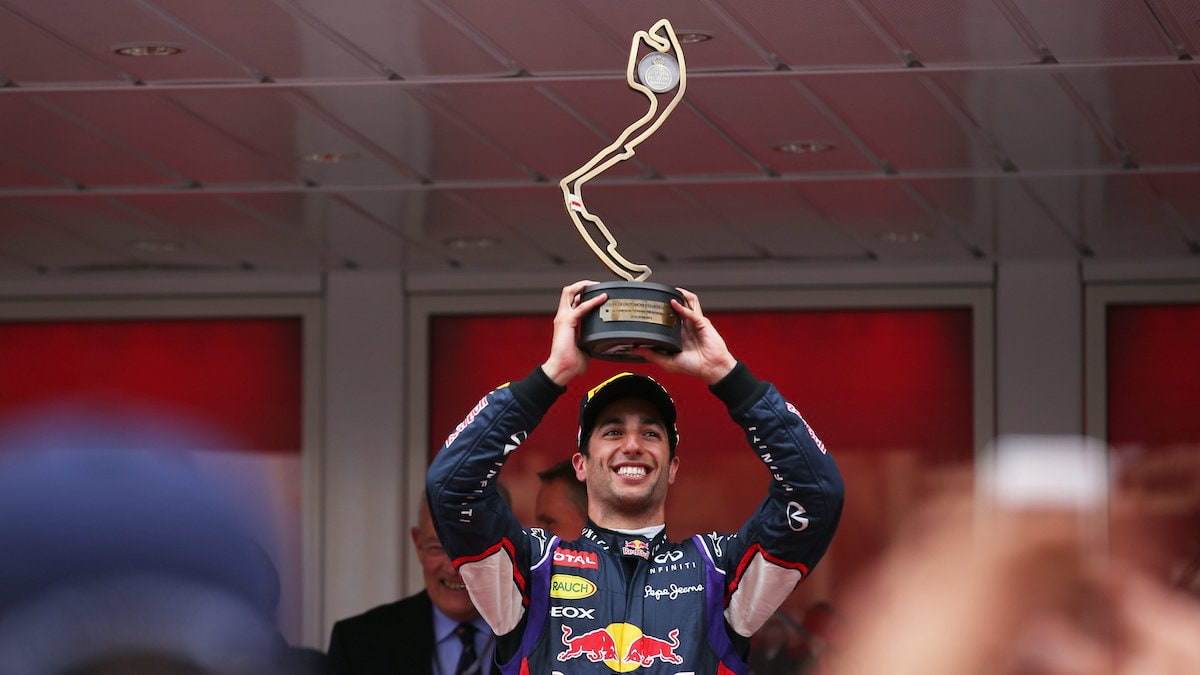 How Ricciardo’s career has reached this point is staggering. Having shot to stardom by outpacing Sebastian Vettel in his debut season with Red Bull in 2014, he never got the title-contending car his talents appeared to deserve. Podiums and the odd win flowed, but his departure at the end of 2018 felt like an admission of defeat, as it became clear management was throwing its weight behind the once-in-a-generation Max Verstappen.

Aiming to bed in with a team that would become championship-ready in the future, Ricciardo moved to Renault (now Alpine), but before his second season with them had begun, he’d already agreed to move on again in 2020, this time to McLaren.

To be blunt, it’s been a disaster. At Renault, Ricciardo wasn’t winning (two podiums were the best he could do in a midfield car), but at least he wasn’t being outperformed. In a season-and-a-half alongside Lando Norris, it’s the less experienced Briton who’s looked like future world champion material and Ricciardo the upstart with lots to learn. Sounds harsh, and it is, but in the 31 races they’ve both finished in that time, Norris leads 22 to nine. Points as teammates? Norris is on 236, Ricciardo 134. The difference is obvious (and painful) virtually every week.

Why has Ricciardo fared so badly in orange (sorry, papaya)? It’s not like his talent has been stolen by Looney Tunes monsters (yes, that’s a Space Jam reference). He did, after all, win the Italian Grand Prix last year after title rivals Max Verstappen and Lewis Hamilton became entangled mid-race. 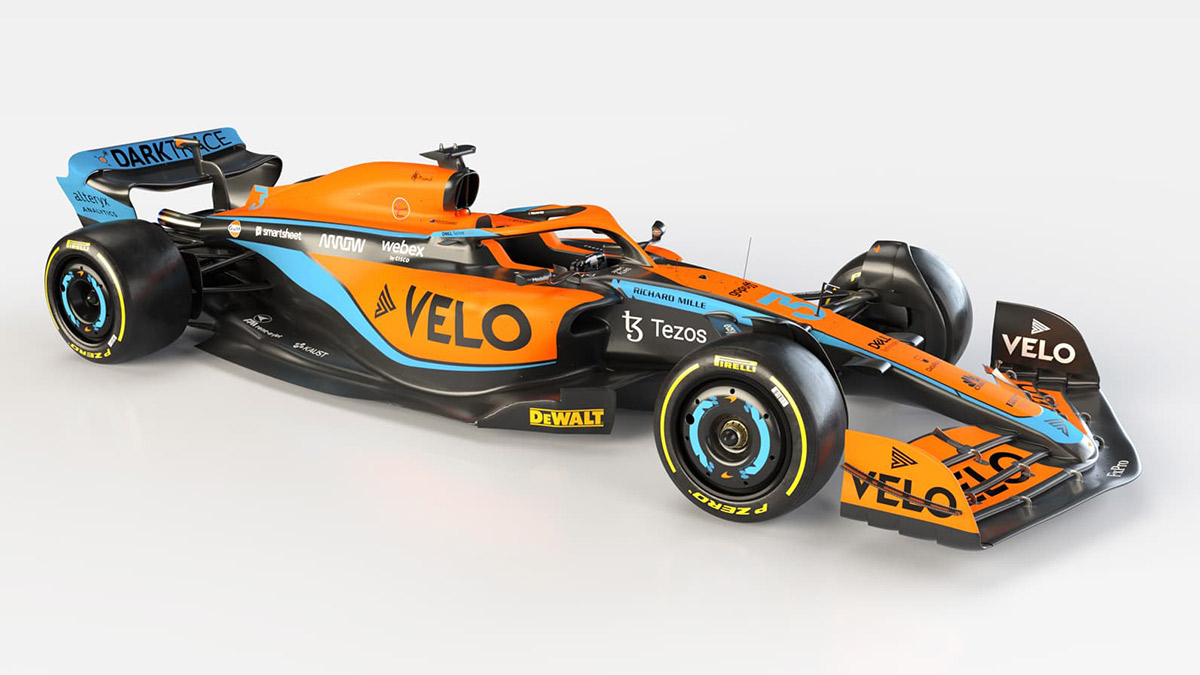 The heart of the issue is that the McLaren is a strange car. To simplify a very complex story, in corners, it behaves in a way that most others don’t, which means it needs to be driven in a particular manner to get the best from it. Try as he might, Ricciardo just hasn’t been able to adapt his driving style because what’s being demanded of him doesn’t come naturally. Take a step back and it’s no surprise that his most competitive weekend for McLaren—that sensational victory in Italy—came at Monza...a track with barely any corners.

For what it’s worth, Norris has also said he’s had to adapt his driving to extract speed from the car, but clearly he’s doing a much better job of it. No wonder the team rewarded him with a four-year deal at the start of 2022.

His limitations as a driver exposed, Ricciardo now faces an uncertain future. Only Alpine—the team he angered by leaving two years ago—appears to have a vacancy that isn’t rooted to the back of the grid. Could both parties put their differences aside for each other’s sake? You can see both sides of that coin. 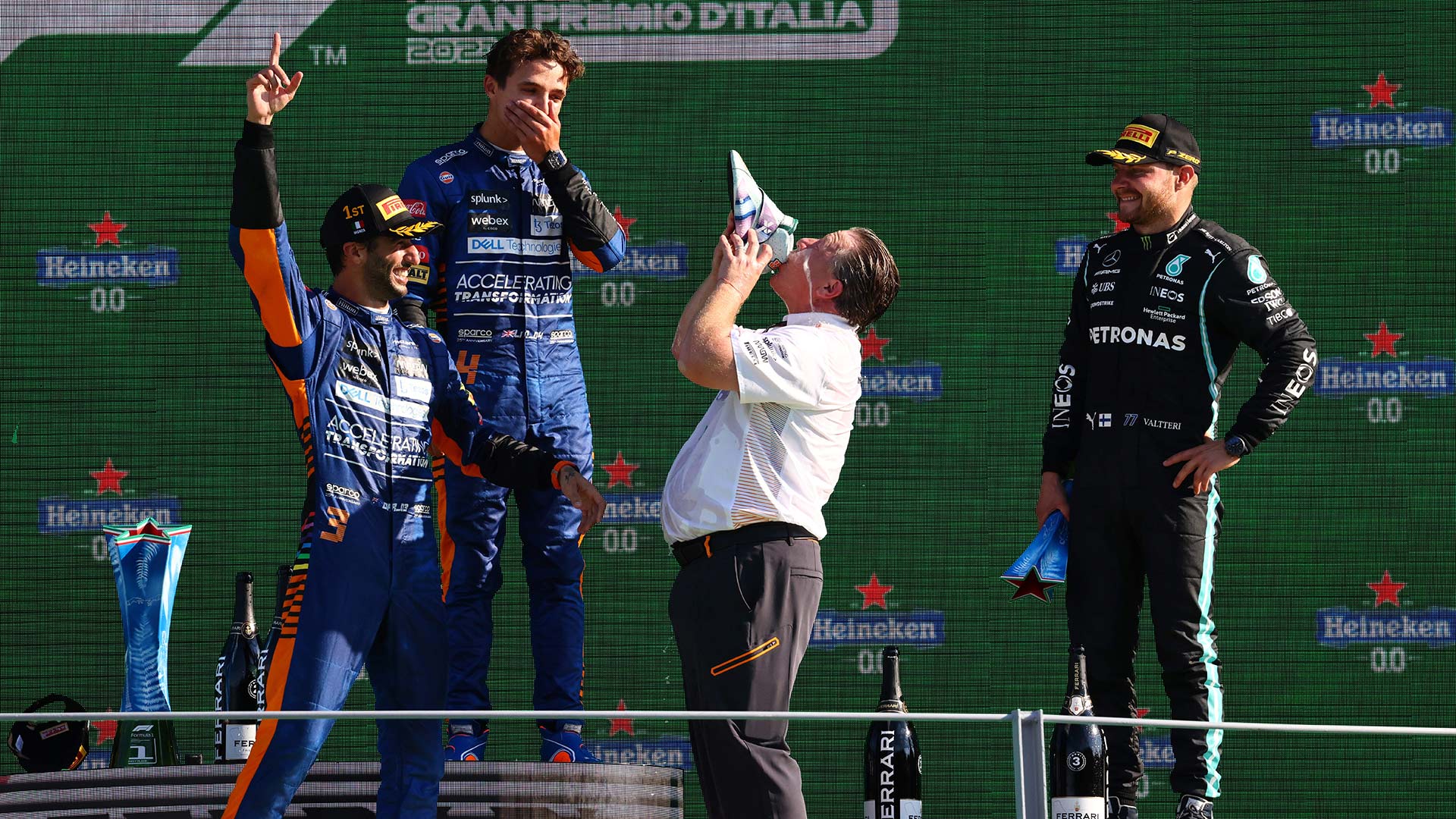 The real travesty is that even while facing a humbling exit, Ricciardo embodies so much of what’s popular about F1 right now. His cheerful nature and proven (if AWOL) racing ability have attracted fans all over the world. Who could forget that iconic win in Monaco in 2018 with a wounded car, two years after victory there had slipped away because of a pit-stop nightmare? It felt like “redemption,” he said afterwards.

That was then, though, and this is now. There’s only one currency F1 truly understands (other than, you know, actual cash), and that’s how you stack up against the stopwatch. Let’s all hope Ricciardo has time left to find redemption once again. 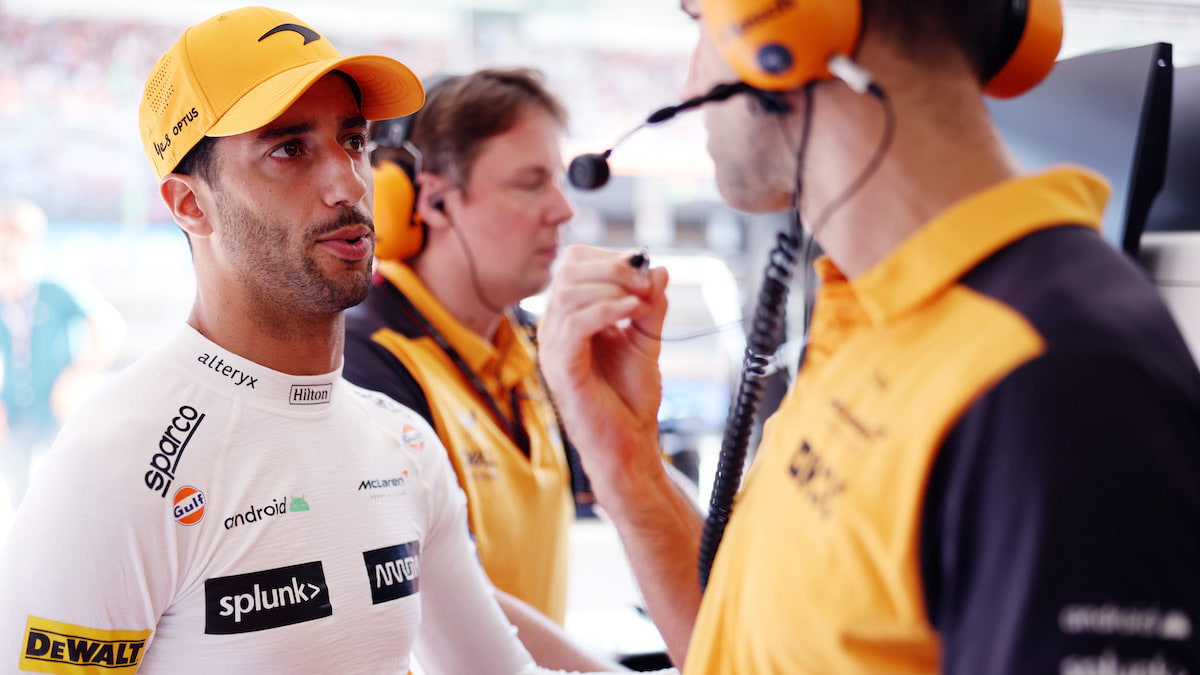 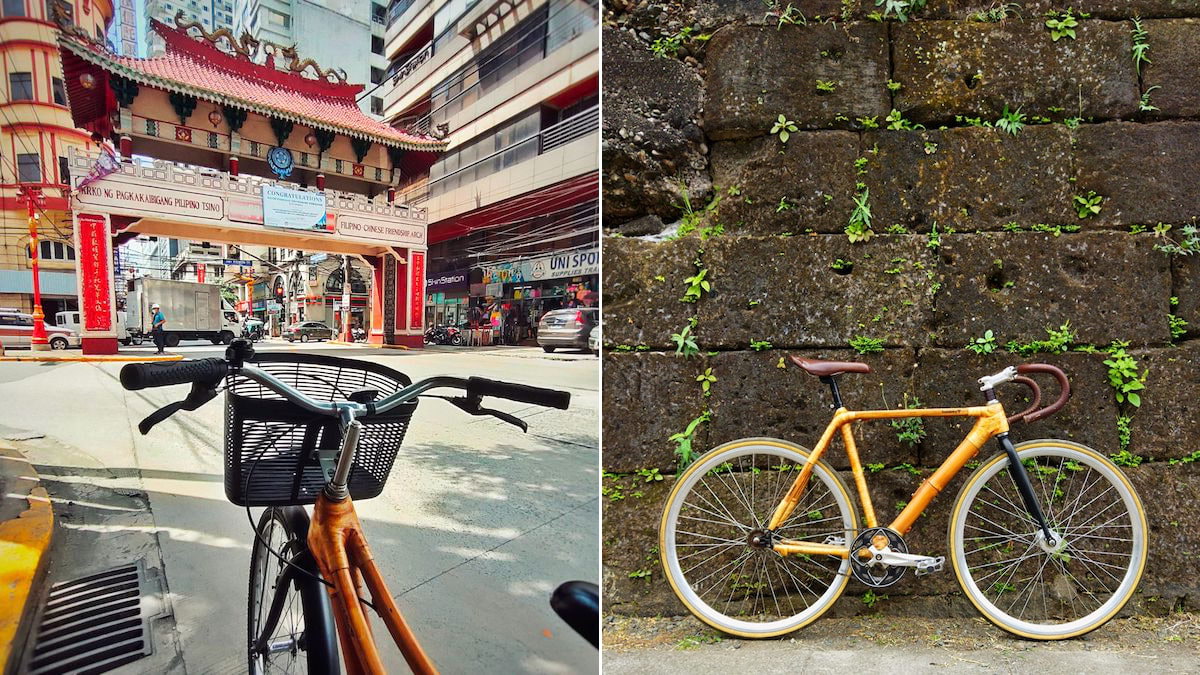 You can celebrate history month by joining this Intramuros-Binondo bike tour
View other articles about:
Recommended Videos
Read the Story →
This article originally appeared on Topgear.com. Minor edits have been made by the TopGear.com.ph editors.
Share:
Retake this Poll
Quiz Results
Share:
Take this Quiz Again
TGP Rating:
/20