On specs alone, this car is mouth-watering
by Botchi Santos | Dec 12, 2014
CAR BRANDS IN THIS ARTICLE 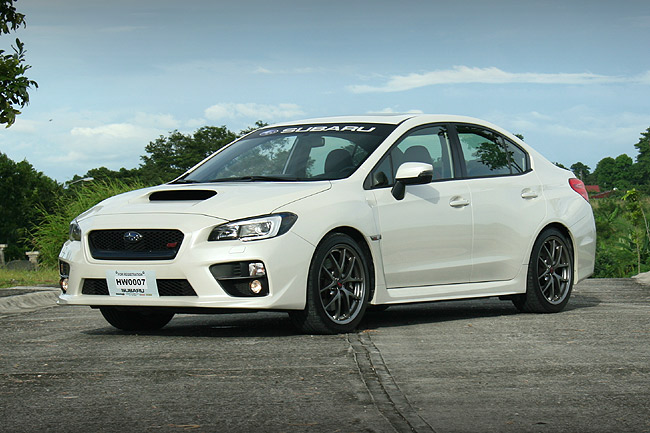 There are cars we dream about owning, but once we've sampled them, we often find that there was too much machismo but not enough substance behind the hype. And then there are cars that--though not exactly belonging to the dream list--we should really experience from behind the wheel. It's because merely describing them with words fail to give justice to their raison d'être. The latest incarnation of the Subaru WRX STI rally replica definitely belongs to the latter.

The STI is good. Really, really good. It has the manic, massive power delivery one expects from a fire-breathing monster. It has the grip and tenacity of an all-wheel-drive machine shod with 18x8.5 wheels and 245/40 Dunlop SP Sport Maxx high-performance track-day-oriented tires. These are the same tires fitted on the record-breaking Nissan R35 GT-R, which lapped the Nurburgring in amazing time. 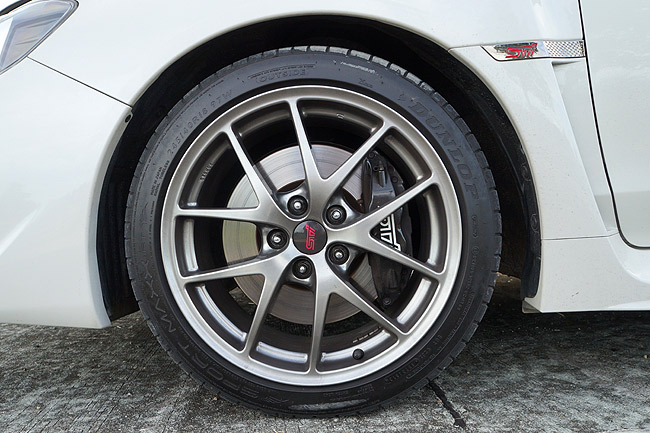 The wheels themselves are bespoke BBS forged aluminum wheels, made specifically for the STI to deliver unparalleled lightness. The light weight was made possible thanks to the forging process, the use of aluminum alloy, and the design featuring thin double spokes.

Then you have the massive Brembo brakes, four pistons up front and two pistons at the rear clamping down on pizza-sized discs. On specs alone, the STI is mouthwatering. 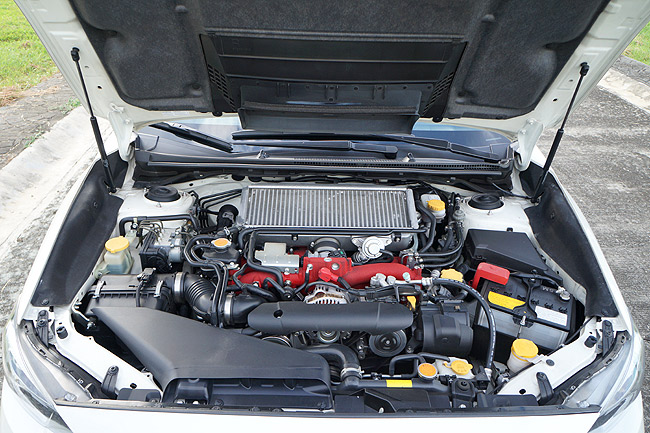 The heart (and soul, as most will agree) of the STI is the familiar EJ257 lump, perhaps seeing its final tour of duty before it calls it a day. Having been in service for around a decade, the 2.5-liter, 16-valve twin-cam oversquare four-pot still has that offbeat boxer burble, which is now overlaid with a nice mechanical symphony of noises. It's like old-school and new-school technology mixing and melding seamlessly to deliver an exciting aural experience. You can feel the engine really exerting effort, the pistons moving up and down, the belts whirring, the turbo puffing and the exhaust chuffing.

The SI Drive also transforms the STI's character. In intelligent mode, the throttle response is more organic, progressive and natural-feeling, with the Symmetrical AWD system delivering a safe, slight understeery feel. Click to Sport Sharp (Sport #) and the throttle response is electric. It  delivers a massive wallop of torque as it brings power all the way to its 6,700rpm redline with gusto, with the Symmetrical AWD system allowing some slight oversteer to help rotate the rears. New for the 2014 STI is the addition of a torque vectoring system that clamps down the inner rear wheel to help the STI quell understeer, an AWD car's waterloo. It's a highly effective piece of kit that makes it massively more effective and entertaining at high-speed sweepers as well as in very tight hairpin corners.

Aside from the torque vectoring system, the STI's rear suspension has benefited from re-engineering to give it a more stable rear end. This helps improve high-speed stability, and, crucially, allows the STI to pirouette gracefully through the turns, allowing the firmly planted inner wheels to act as a pivot point. Pretty much like a golfer or baseball batter uses the forward foot as a fulcrum for swinging the upper body hard, to rotate and pack a lot of punch. The entire suspension has been fettled to deliver a more controlled and less bumpy and nervous ride. It's still firm, but you don't exactly buy a rally rep for its cosseting ride, right?

On a winding piece of road, your Porsche, Ferrari, Lamborghini, Ford Mustang, Chevy Camaro, BMW M or Mercedes AMG will never have to work hard to outpace an STI. But in real-world traffic conditions (read: traffic jams, potholes and other road obstacles), the STI has an even greater edge.

While the STI's absolute peak performance potential might be at a lower level than the aforementioned exotics, accessing the readily available performance of the Subaru requires far lower skill levels, with a far higher safety margin. Plus, it sits similar to a regular sedan, so visibility in and out of the car is easier. Should you really need more power, simple bolt-ons and a boost-up--plus a professionally reflashed ECU--can liberate an additional 60-80hp. And even with this much added output, the chassis can still cope with the increase easily. Such is the deep reserves of the STI's pool of talent.

There's a sense of tactility in the controls that just eggs you to push harder and harder. The clutch, though heavy, is perfectly weighted for heel-toe downshifts. You blip the throttle every time you downshift just for the heck of it, and the mechanical-feeling shifter feels as precise as a sniper rifle. It's a truly mechanical and organic experience to drive someting that packs so much video game-like technology. I wonder why not a lot of other manufacturers strive to do what Subaru has accomplished with the STI.

Accessing the full performance potential of the STI is just downright criminal. It's best to use all that performance on the track. And the first thing you should modify or upgrade is your driving skill. Afterward, you can install the big titanium balls upgrade on yourself, too. 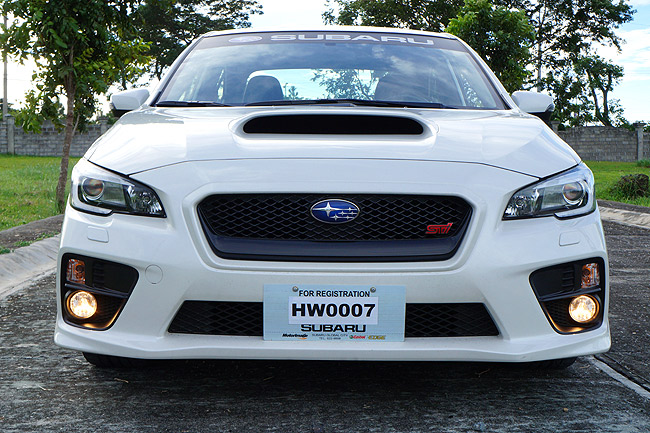 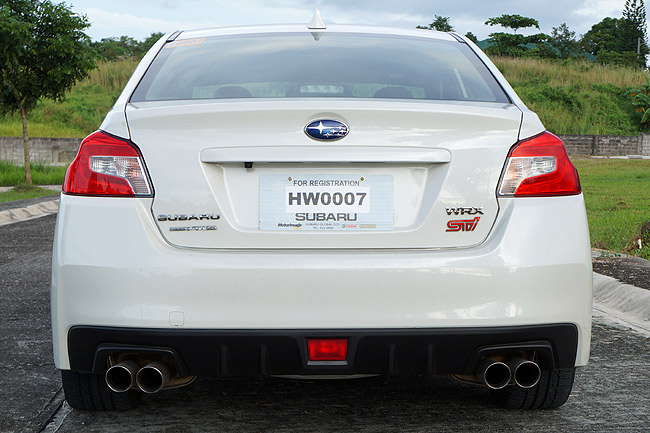 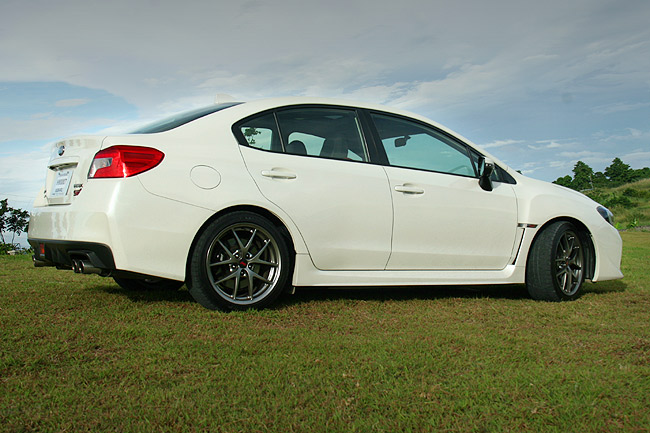 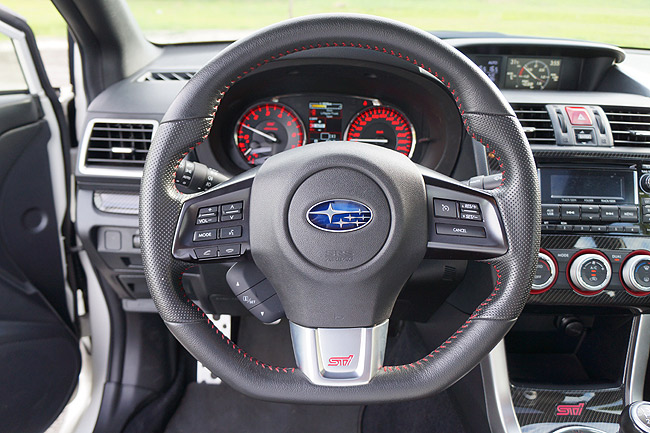 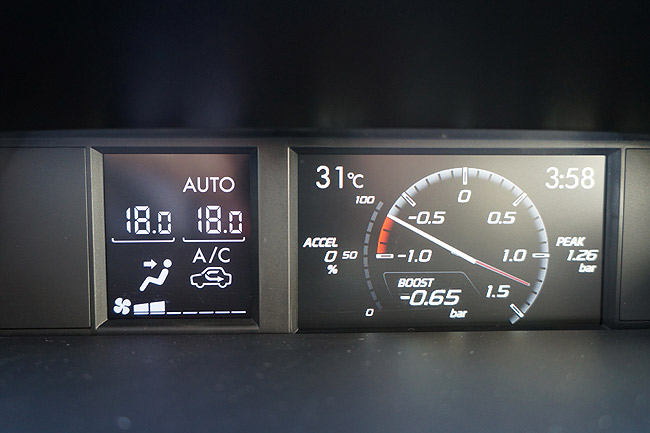 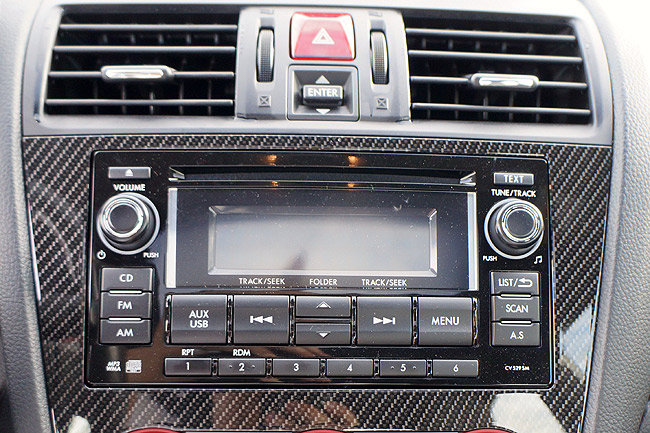 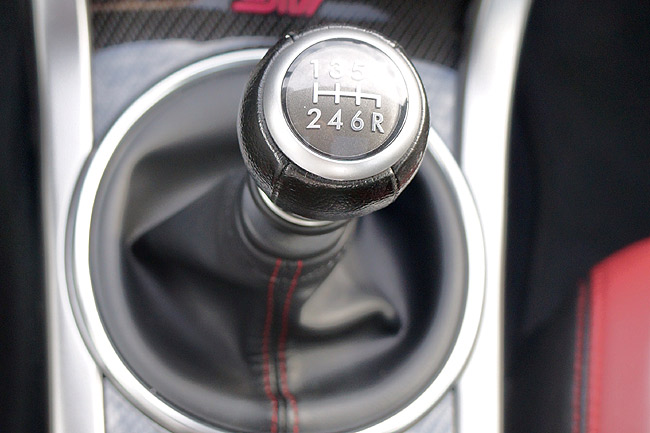 Instagram post of the day: Is this the dopest VW Microbus ever?
View other articles about:
Read the Story →
This article originally appeared on Topgear.com. Minor edits have been made by the TopGear.com.ph editors.
Share:
Retake this Poll
Quiz Results
Share:
Take this Quiz Again
TGP Rating:
/20