Sweaty lessons we learned during the 2014 Volkswagen Eco Fun Run

In which we, predictably, lost again
by Niky Tamayo | Oct 31, 2014
CAR BRANDS IN THIS ARTICLE 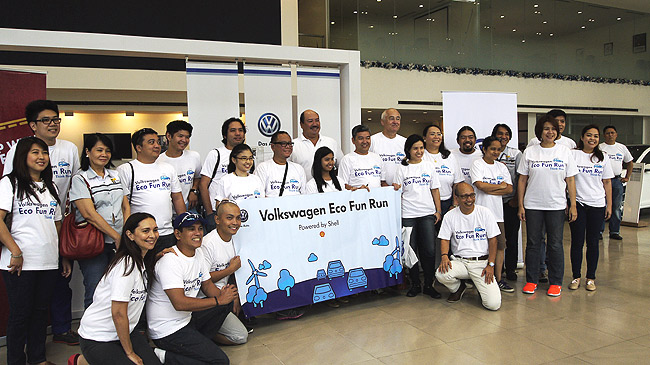 We all know that diesels are more economical than gasoline engines and most hybrids. The impressive energy density of diesel fuel combined with high-compression turbocharging allows you to use less engine revs and, consequently, less fuel, as you go about the business of going down the road.

Volkswagen Philippines and Shell Philippines attempted to drive this point home with the "Volkswagen Eco Fun Run," a showcase of the economy of the German carmaker's TDI engines. I normally don't do eco runs, but being a hypermiler, EIC Vernon B. Sarne was adamant that I had to attend one of these for Top Gear Philippines sooner or later. Unfortunately, simply being an experienced hypermiler isn't enough to win an eco run.

That's a not-so-subtle way of saying I lost.

The rules for the contest were pretty strict:

* No shaking of the car during refueling;
* No running without air-conditioning;
* No driving under the 60kph minimum speed on the highway; and
* No modifications (yes, I asked if I could bring duct tape; I was denied).

They simply wanted to see what the cars would do in real-world conditions. As such, three Polos, three Tiguans and three Jettas were assigned to two-member media teams for a leisurely drive down to Cintai by Corito's Garden, just outside Lipa City, for a relaxing lunch in a "Bali-esque" atmosphere.

The organizers obviously recognized which drivers would take a no-holds-barred approach, and dumped us all in the Jetta category. We all knew that the Jettas would get the big numbers. The question is, how big would they be? I was a bit disappointed, upon checking out the cars, to find another team had gotten the high-mileage media unit. Proper break-in is worth a lot in terms of economy, and the way my fellow mediamen drive, that unit was well and truly broken-in.

We topped off at Shell SLEX for the flag-off. I drove as I normally would. Which is to say I pumped the tires up to 50psi, lowered the AC and maintained a 70kph average speed. My partner kept watch on our route book, while I concentrated on drafting and coasting as often as possible.

This is a far cry from how I test economy for the magazine. For Top Gear test drives, I maintain a steady 80kph and I don't coast. Coasting throws economy gauges way off. Where the on-board display typically reads 5% high, it was 30% off on this drive. At the Shell station in Lipa, after the long climb up the Star Tollway, our figure was a disappointing 21km/L.

The team with the media unit--let's call them "Team Media"--was doing nearly 25km/L. The other Jetta team, "Team Win," led by a serial eco-run winner, did a sweaty and astounding 42km/L.

A car's fuel system has lots of air pockets. Shaking the air out of those pockets allows you to put more fuel in the tank. During the course of the drive, the air pockets return, but since you've over-filled on the first fill-up, you can magically drop an extra liter or two of fuel on the next reading. That was enough to bump Team Win from the mid-20s to 42km/L.

This is the point where I put my game face on. Lunch was indeed wonderful, and the suman and kape barako were to die for, but I couldn't stop thinking about the trip home. We had already wasted 15km of the return leg driving green, before I'd snuck a look at the score sheets. Now it was time to drive dirty.

After confirming with my co-driver that she would, in fact, not mind riding a mobile sauna for the next 75km, I used every dirty, rotten, stinking trick in the book. That meant keeping the AC off 99% of the time. That meant using the shoulder to circumvent city traffic. That meant coasting as far as humanly possible up to every stop and down every hill. That meant getting in the shortest line at the tollgate, turning the engine off, and waiting for the cars in front to clear before driving up to pay. We would have pushed, but my partner was rather petite. That meant doing the "pulse and glide," accelerating up to 100, then gliding down to 60kph in neutral.

Other contestants were passing us left and right. Team Media drove on ahead without a care in the world. Team Win was somewhere behind us, in their own mobile sauna. The guys in the camera car behind us didn't notice that we had freewheeled almost the entire length of the Star Tollway. I even coasted uphill, dropping exactly to 60kph at the top of each rise.

As we pulled up to the Shell station before Market! Market!--a torturous, sweat-soaked eternity later--we finally turned the AC on and gave a small cheer.

The tale at the pumps: 27.5km/L in 50:50 city-highway conditions, with moderate traffic. That was enough to beat Team Win, who got around 25km/L, similarly sweat-soaked and ready to expire. Team Media somehow, mind-bogglingly, got 24.42km/L with the AC on. Apparently, a properly broken-in car is almost as economical as a new unit without air-conditioning. Team Win's combined average still gave them the overall win, with me and my half-wilted partner winding up in second.

No amount of hypermiling can beat some good old rock and roll.

Then there are those results that make you go "hmmm." Two Tiguan teams recorded 48-49km/L in the second leg. The explanation? Sometimes turning a car off suddenly after a long drive leaves hot fuel stuck in the fuel rail. When you turn the car back on, the computer will dump it back into the tank via the fuel return line, to cool it off. This has actually caused me to scrap results in my own economy runs in the past, where accuracy was more important than winning. Much as I hate failure, I also hate publishing false information.

As such, the conclusions we can draw from the winners are rather meaningless. The losing teams better represent real-world economy. On the return trip, again, 50:50 city/highway, the lone un-burped Tiguan did an impressive 18.7km/L. The Polos did a rather fantastic 19.00km/L to 23.98km/L. And the Jetta team that didn't cheat, Team Media, did 24.42km/L, better than the best Polo.

The moral of this story? First, measuring fuel economy without a scientific scale and a fuel cell is a pain in the neck.

Second, the Jetta is a fantastic eco-warrior. Long gearing, great aerodynamics and a torquey engine suited to lugging in higher gears. Yes, 30km/L on the highway is possible. Even without cheating.

And lastly: If you really want to win, sometimes you've got to play dirty. But with VW's Euro IV diesels and Shell V-Power Nitro+ Diesel, you can hypermile with a clean conscience.

Next time, however, I'm bringing my duct tape. 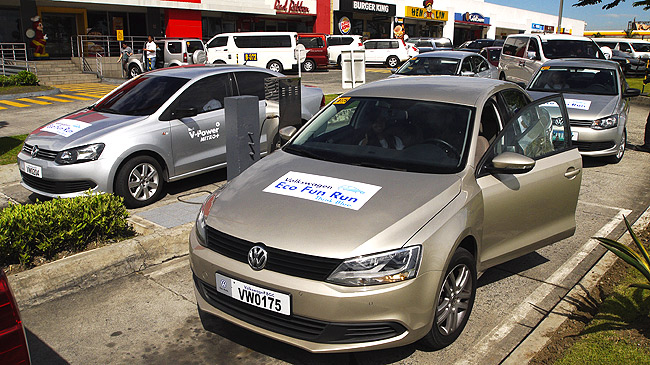 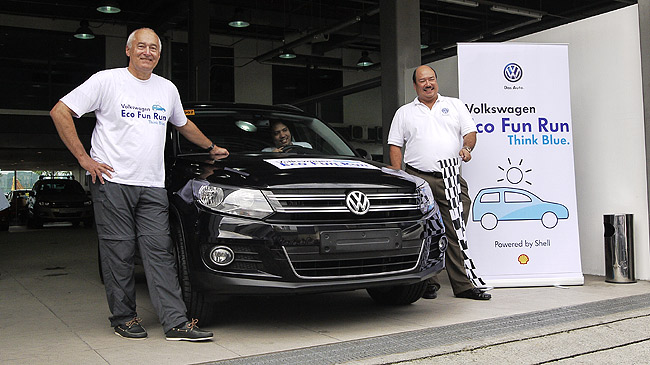 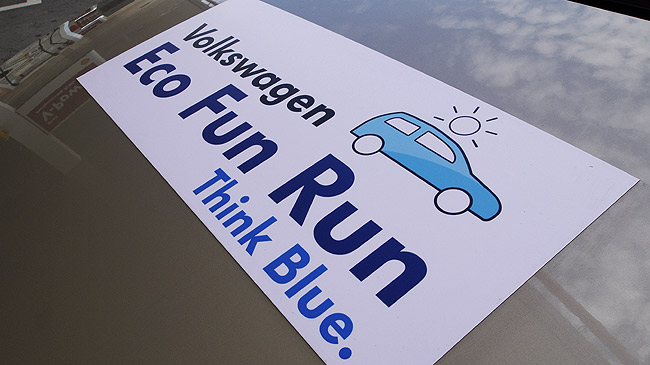 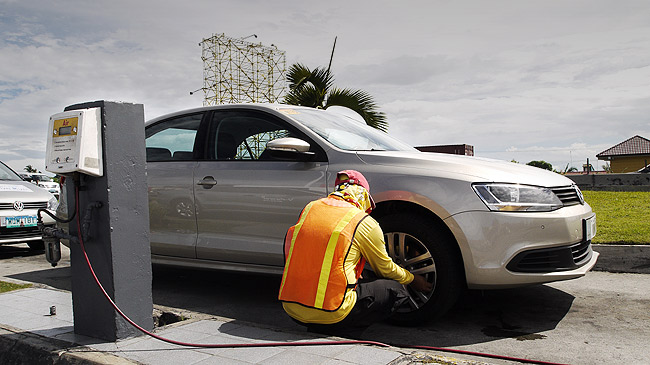 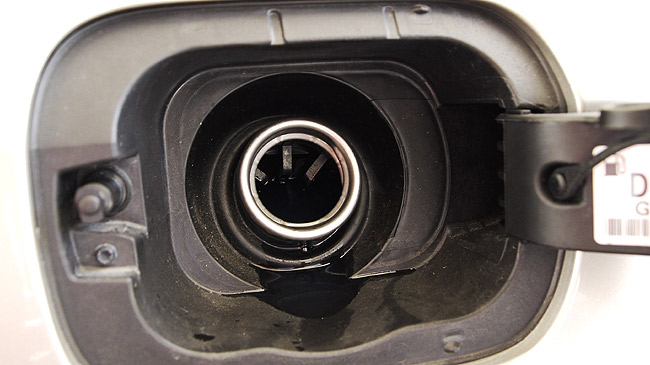 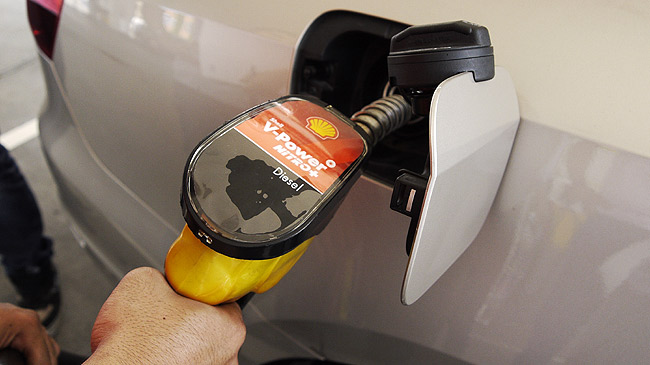 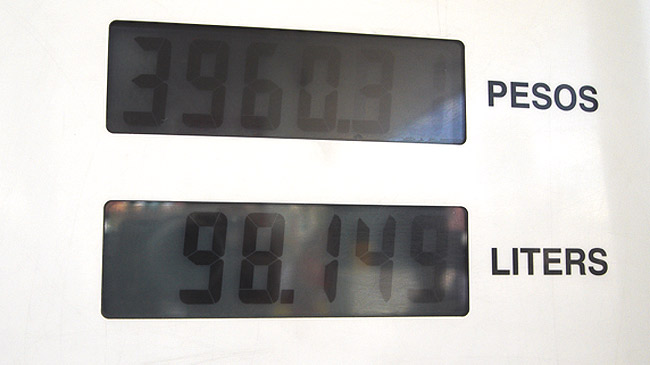 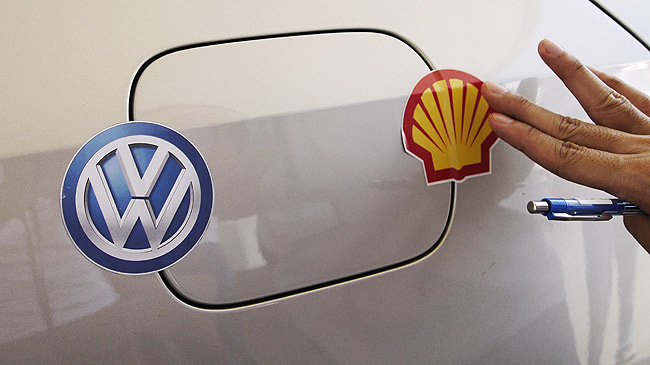 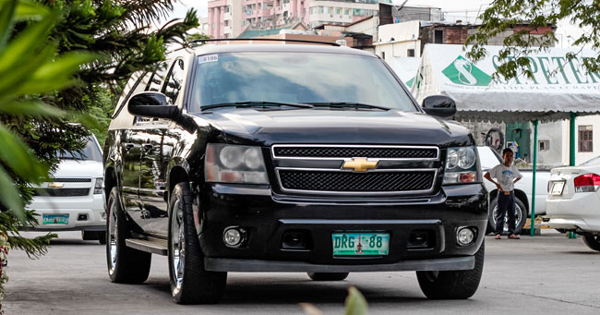 Just because it's All Saints' Day, we drive a real funeral hearse
View other articles about:
Read the Story →
This article originally appeared on Topgear.com. Minor edits have been made by the TopGear.com.ph editors.
Share:
Retake this Poll
Quiz Results
Share:
Take this Quiz Again
TGP Rating:
/20