Still hyped from the Super Bowl halftime show? Here are the cars from those songs’ music videos

I’m not sure if this is my 30-something bias kicking in, but there was something truly special about the Super Bowl XLI halftime show which aired earlier today. I mean, the Weeknd’s performance in 2021 was cool and all, but this year’s set had a throwback touch to it that’s hard to match. In case you missed it, you can check out the full program below:

Yes, this year’s performance featured not one, not two, but six performers. With the exception of Kendrick Lamar—whose success came much later—the hip-hop stars on the field took us on a trip down memory lane to that special time known as the late ’90s/early ’00s. Back then, the names Dr. Dre, Snoop Dogg, 50 Cent, Mary J. Blige, and Eminem dominated the charts. And for people of my generation, seeing them all on the same stage was like watching The Avengers assemble for the first time.

Of course, this is a motoring website, not a music one. So to further entertain those of you who are still riding high from the show, here are the cars that were featured in the music videos of those classic hits.

Sadly, the late Tupac Shakur isn’t around anymore, but Dr. Dre and Snoop Dogg did a fine job honoring their former labelmate by performing this song near the start of the set. In the video, you can see a Hummer, a Jeep, various motorbikes, and a Willys military vehicle.

I dare you to press play and resist bobbing your head along with the beat. It’s not easy. The classic nightclub staple’s music video opens with a shot of a Hummer driving across a desert.

This is a fun one for car spotters. The song’s serious subject matter plays over a few Chevrolet Camaros, a Chevy Corvair, a Dodge Charger, a Ford Crown Victoria, and a Mustang.

This is a pretty chaotic song and music video. Its highlights include Eminem crashing a Dodge Coronet and Dr. Dre pulling up in a then-cutting-edge Ferrari 360 Modena.

No performance from Marshall Mathers III is complete without the ultimate motivational song. This single, which was featured on the soundtrack of 8 Mile, details a rapper’s rise from hardship. The video shows Eminem playing the part of a rags-to-riches artist who goes from throwing up mom’s spaghetti to driving a GMC Yukon into his mansion.

Finally, we have this song and its video, which appears to be a tribute to Chevrolet Impala lowriders. Just try and count them all. Fun fact: It was another hip-hop legend, Jay-Z, who penned the lyrics. 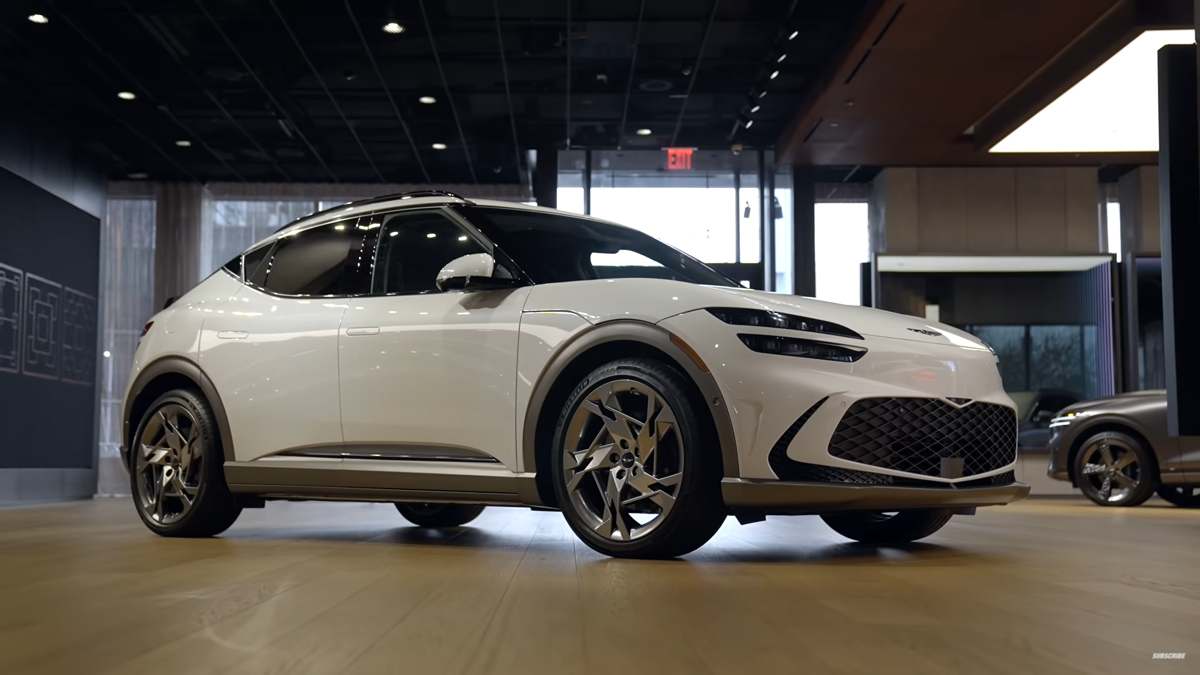 Watch: Up close and personal with Genesis’ tiny drift EV, the GV60
View other articles about:
Recommended Videos
Read the Story →
This article originally appeared on Topgear.com. Minor edits have been made by the TopGear.com.ph editors.
Share:
Retake this Poll
Quiz Results
Share:
Take this Quiz Again
TGP Rating:
/20