Through multiple GoPro cameras
Jun 24, 2014
CAR MODELS IN THIS ARTICLE 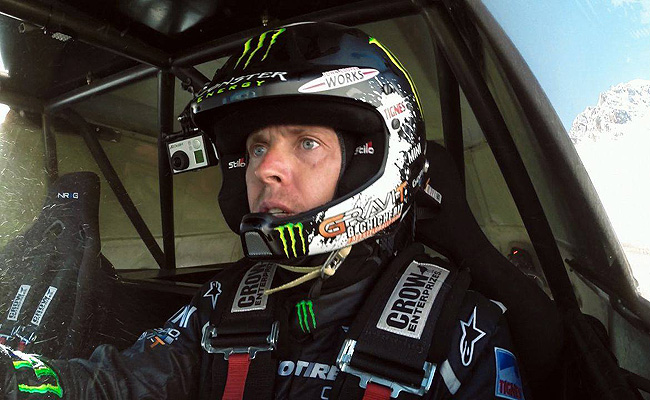 In March, extreme athlete Guerlain Chicherit failed in his attempt to break the longest car-jump record set by Tanner Foust in May 2011. As we reported then, although Chicherit cleared the jump, his landing was far from successful as the car crashed nose-down onto the ramp, sending his modified Mini Countryman flipping end to end around eight times before coming to a stop.

GoPro has now released a 12-minute video documenting the stunt, from Chicherit's preparations through his practice jumps to the slow-motion capture of his crash from different camera viewpoints--including one inside the car that captured his reaction just before the crash. It was all captured by GoPro's Hero3+ cameras.

"The life of a professional stunt athlete is rarely without consequences," said GoPro Original Productions four-wheel motorsports creative team leader James Kirkham. "We see them fall, crash, get hurt and, yes, sometimes die. But what we captured inside of Guerlain's car was very different than a crash video--it was a deeply ethereal, intimate human experience. We captured that moment: a look on a man's face and a light in his eyes when he realizes, 'This is it. I am going to die.' Three or four seconds that seem like minutes, without time. Where I expected to see fear, panic, contortion and pain, Guerlain shows us a deep existential calm."

Instagram post of the day: A very angry-looking Italian supercar
View other articles about:
Read the Story →
This article originally appeared on Topgear.com. Minor edits have been made by the TopGear.com.ph editors.
Share:
Retake this Poll
Quiz Results
Share:
Take this Quiz Again
TGP Rating:
/20