Video: The new Volvo XC90 is how Apple would have created an SUV

I still remember the first time I tried a Volvo XC90 back in 2004. Obviously, this was the first-gen model introduced in 2002. There was a cellular SIM slot in the center console for making calls, because this was the era before Bluetooth became widespread. I was so impressed with this capability that I removed my Nokia’s SIM card and inserted it into the Volvo’s dashboard. I called my brother just to tell him I was using a multimillion-peso mobile handset.

The year 2004 feels like a lifetime ago in the motoring world, and the advanced 2016 XC90 we have now reinforces this idea. To its credit, the previous-generation model has aged well, or maybe we’ve just gotten used to seeing it on our roads for so long. But the new XC90 is still a refreshing replacement for its predecessor.

When succeeding a model that has been in the market for so long, there’s a tendency for carmakers to overdo it sometimes just to leave the past behind. The new Volvo SUV looks amazing, with its futuristic concept-car-like grille-and-headlight combo, and clean, pleasing lines all around. But once you see the taillights, you’ll see their connection with the first-gen’s rear, that same roof-to-wheel-well assembly but updated to complement the modern visage. I particularly like the daytime running lights, which Volvo refers to as Thor’s Hammer.

Just like an Apple product, the XC90 is beautiful enough to gaze at for long periods of time, but it won’t draw undue attention to itself. This silver color also brings out the Volvo’s handsome lines. There’s also an undeniable premium vibe to it. The XC90 would look at home parked at Antonio’s in Tagaytay, or at the Baguio Country Club.

Like its exterior, the XC90's cabin is an oasis of tasteful aesthetics and minimalist design. At first glance, the interior might look bare, yet it’s actually soothing to see nothing but black leather and silver trim. This minimalism is balanced by two tech wonders: a digital gauge display for the driver, and an iPad-like central display for, well, the driver as well since it’s angled slightly away from the passenger.

I want to credit Volvo for thinking of a new way to start a vehicle. Because push-start buttons are becoming more common, the XC90 features a knurled knob behind the leather shifter that you twist to start and stop the engine. It feels so natural after a few days that I’m amazed no one has thought of it before (to my knowledge).

On the road, Volvo reminds us how good it is with diesel technology. Under the hood is a four-cylinder twin-turbo oil-burner, but at first I thought it was a V6. With eight gears harnessing 225hp and 470Nm, propulsion is no problem. The XC90 may weigh in at a hefty 2,750kg fully laden, but reaching and maintaining expressway speeds is effortless.

However, when parking, I am reminded of how the XC90 has grown. With three generous rows of seats inside, this SUV is roughly 200mm longer and 300mm wider than a Mitsubishi Montero Sport. The strong engine and the tactile handling just make it seem smaller. Not small like how the Germans manage to make their SUVs quite athletic; the Swedes aren’t as adept at cheating physics yet. But you will definitely feel a little disparity in maneuvering and traveling.

And then there’s CarPlay, the Apple interface that debuts in the Philippines via Volvo. This is perhaps the strongest suggestion that iPhone users are what the carmaker had in mind when thinking of a target market. I just plug in my iPhone via USB cable, and everything works seamlessly.

There are only a few apps that will show up on the screen though--eight, to be exact. These are: Phone, Music, Maps, Messages, Now Playing, Podcasts, Audiobooks and Spotify. As expected, the apps just mirror how one would use an Apple smartphone, with a few tweaks. For one, text messages cannot be read, they will only be dictated. And you can verbalize quick responses through Siri. It makes sense when you consider that you shouldn’t be reading anyway when behind the wheel.

I wouldn’t say CarPlay is a game-changer, because some multimedia interfaces in other brands are also very good. But the system successfully ports the usability that made Apple famous, especially if the driver is familiar with iOS.

As expected, Volvo didn’t scrimp on safety features. City Safety is here. That's the collision avoidance technology we’ve experienced in other Volvos, and we know it works. There are also airbags galore, anti-submarining protection, rear collision warning, and all manner of stability controls. It’s safe to say the XC90 will keep you and your family safe longer than the shelf life of your shiny Rose Gold iPhone.

We’ve waited a long time for this all-new XC90. Already, it has won accolades abroad. At an introductory price of P5.995 million, it's a bargain in the seven-seater premium SUV category. But beyond the gadgets and slick looks, it’s still a safe, solid and comfortable SUV with a robust powerplant. And it still allows me to call my brother, only this time Siri takes care of it. 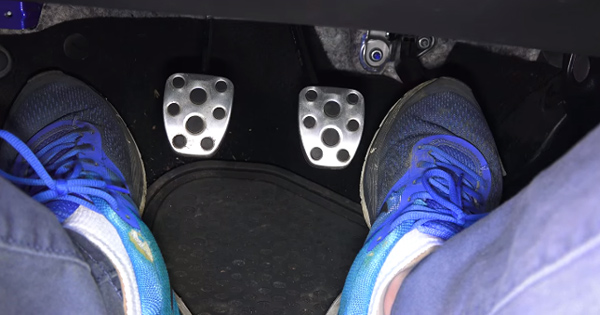 The best of YouTube: How to easily perform the heel-and-toe technique
View other articles about:
Recommended Videos
Read the Story →
This article originally appeared on Topgear.com. Minor edits have been made by the TopGear.com.ph editors.
Share:
Retake this Poll
Quiz Results
Share:
Take this Quiz Again
TGP Rating:
/20