If you like using Waze, do not buy a new car without CarPlay

A few weeks ago, Apple released a new iOS update and finally allowed its CarPlay automotive interface to access third-party navigation apps. This means we can now use Google Maps and Waze on our cars’ infotainment screens, rather than on smartphones mounted somewhere on the dashboard.

Mounting smartphones on dashboards used to be a common sight until the LTO had a lightbulb moment and made life harder for intelligent motorists. We’re actually not sure if this law is still being actively enforced, but nobody wants to wager P5,000 (the minimum penalty for violating the Anti-Distracted Driving Act) to find out.

I’ve already used Google Maps with a Subaru XV, and while that app isn’t my default navigation software, it did a swell job. Now, with a 2018 Honda HR-V also equipped with CarPlay, I finally get to try out my preferred app.

I am aware that not everyone is a fan of Waze. I agree that it has occasionally led me to a dark alley or a dead end and left me scratching my head in frustration. But it has led me around gridlock more times than it has caused me trouble, so I still like using it.

Actually, ‘like’ is an understatement; I would load Waze even if my destination were just 2km away.

Using Waze via CarPlay is so simple and effective that it’s mildly life-changing. I just plug my iPhone into the vehicle’s USB port using a lightning cable, and it’s already connected. No pairing or Bluetooth-fiddling needed—and it even charges the iPhone.

I can enter my destination either through the iPhone or the infotainment screen, although I prefer the former. In CarPlay, whatever app the smartphone is using will be reflected on the car’s screen, and vice versa. So, when I punch in my destination on my Apple device, the command will be seen on the CarPlay screen.

After I set my destination, that’s it. I store my phone out of sight and just follow the instructions on the HR-V’s screen. If I’m listening to music, the sound from the front speakers will be interrupted by Waze when a turn is coming. I opted for Waze to state the full street names, and sometimes I get irritated when a voice announces the full name of some dead politician while Lady Gaga is in the middle of belting out a song. But it’s my setting, so I can’t blame anyone else for this.

Because all vehicles mount their infotainment screens within the driver’s line of sight, I never need to look down or away from the windshield. I just do a quick peripheral glance and I know where I am along my route—and this is easier with this setup, too, because a car’s infotainment screen is much larger than a smartphone’s. If I mount my iPhone beside the car’s screen, I even get a neat split-screen view—the map on the latter and the streets on the former. With Waze for CarPlay, the phone will not display the map, so you can’t manipulate it, only street names.

After five minutes of using Waze with CarPlay, I’m smitten. I promise myself I won’t buy a brand-new car without this function. I have never decided on a deal-breaker this quickly. If you’re a Waze user, try it and you’ll know what I mean. 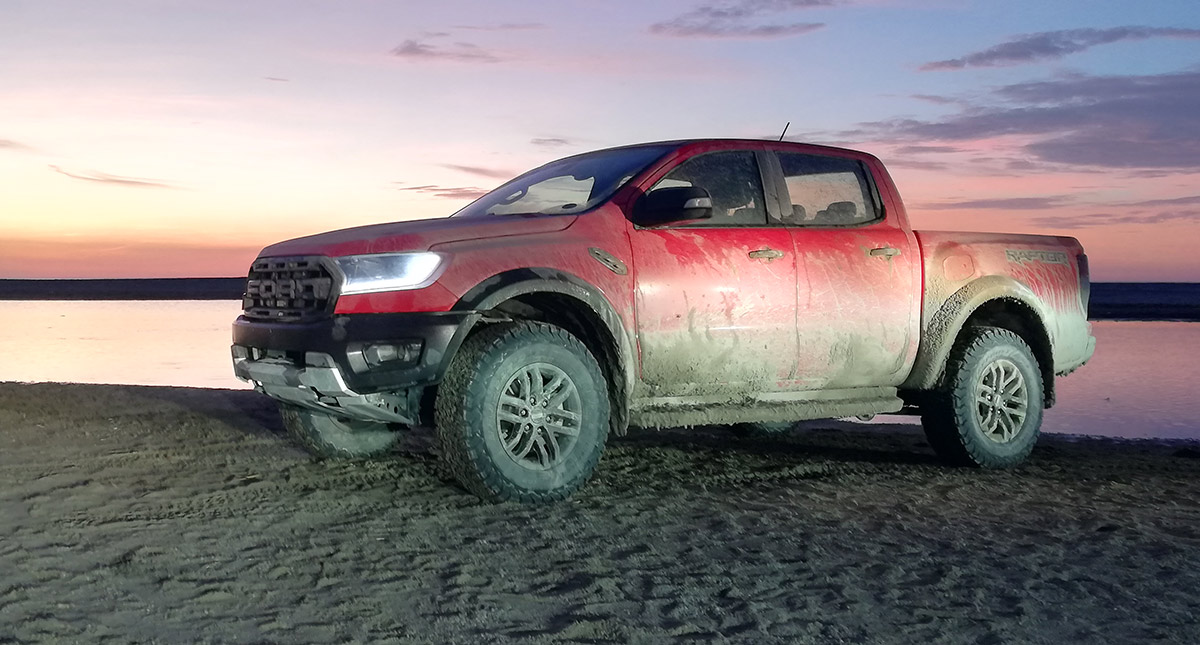 An epic ride in the Ford Ranger Raptor
View other articles about:
Read the Story →
This article originally appeared on Topgear.com. Minor edits have been made by the TopGear.com.ph editors.
Share:
Retake this Poll
Quiz Results
Share:
Take this Quiz Again
TGP Rating:
/20