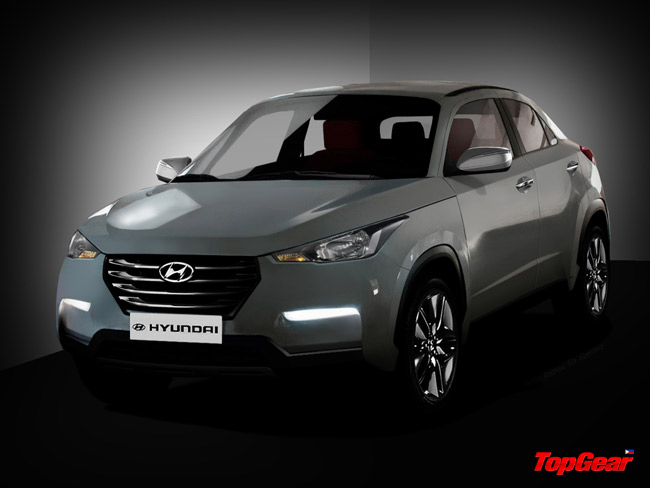 The subcompact crossover segment is becoming more interesting as Ford decides to make the second-generation EcoSport a global One Ford model. As a result, more automakers are joining the party.

Hyundai is the latest contender in the B-segment crossover. And it looks like the South Korean carmaker will not just develop one model, but two.

Its first model is the ix25 crossover SUV, which looks like a fusion of the Kia Soul and the Hyundai Santa Fe. Developed for the Chinese market, the ix25 will supposedly be sold only in China. According to a report by International Business Times, however, this crossover may also be introduced in India next year. If that happens, the ix25 could also find its way to other developing markets, including ours.

The ix25 measures 4,270mm long, 1,780mm wide and 1,630mm tall. Riding on a 2,590mm wheelbase, its size is somewhere between the EcoSport and Hyundai's own Tucson. Hyundai has only disclosed one powerplant, its Nu 2.0-liter engine. A smaller-displacement engine will most likely be introduced.

What about the other crossover? In an interview with Edmunds.com, Hyundai Motor America CEO Dave Zuchowski shared the company's future lineup of vehicles, including a rival of the Nissan Juke. He said the crossover rival would be designed for the Generation Y crowd. It's still too early to tell how it will look like, but Hyundai's recent Intrado Concept, which was unveiled at this year's 2014 Geneva Motor Show, might give us a hint of its styling direction. Its crossover-coupe lines pretty much fit the bill as a Juke-type crossover.

Looking into our automotive crystal ball, we think Hyundai's Juke rival would look like the car you see above. It borrows some styling cues from the recent Intrado concept, but is rescaled to fit Hyundai's B-segment platform.

What do you think of Hyundai's entry into the subcompact crossover segment?

33 images: How people use the very versatile McDonald's Fry Holder
View other articles about:
Recommended Videos
Read the Story →
This article originally appeared on Topgear.com. Minor edits have been made by the TopGear.com.ph editors.
Share:
Retake this Poll
Quiz Results
Share:
Take this Quiz Again
TGP Rating:
/20