Who is the real champ in Philippine motorsports?

Find out in the Concept One Race of Champions series
by Steven Yu | Oct 15, 2010 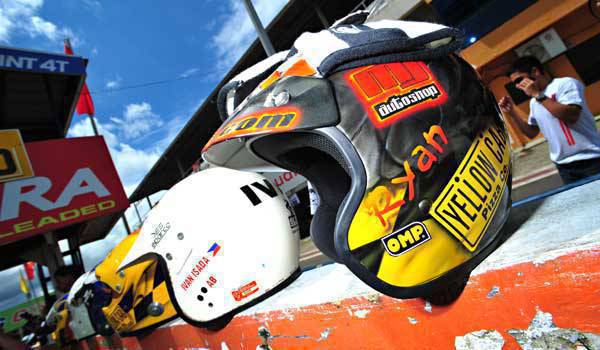 The idea for the Race of Champions can be credited entirely to prominent aftermarket figure Sam Liuson, owner of Concept One.

"Philippine motorsport is a fragmented industry and a lot of guys are claiming to be the best of this and that," Sam said. "So I thought, let's bring all of these young and old champions together and see who the real champion of champions is. We contacted individuals who were legitimate PTCC (Philippine Touring Car Championships) or PPCC (Philippine Production Car Championship) champions from the past and the present. We also invited champions from other racing disciplines like rally cross, karting and drifting."

He then presented the idea to car companies and said Chevrolet and Subaru (Motor Image Pilipinas) "immediately caught the vision and hopped on what was to be the Concept One Race of Champions." Mini also joined to use the race to demonstrate the power, manoeuvrability and agility of its products.

"What better way is there to gauge our wheels and tires than by having them driven hard and accessed ultimately by racing experts themselves?" Sam added.

The Concept One Race of Champions was conceived as a supporting event to draw crowds to the first leg of the 2010 PTCC and PPCC held last October 3 at its interim venue--the Batangas Racing Circuit (BRC)--while the series' target venue, Clark Speedway, completes renovations to portions of its track.

When the smoke settled, George Ramirez posted the best lap time of 2:13.34, a scant half-second ahead of Mike Potenciano's time of 2:13.87. Pepon Marave came in third with a best time of 2:14.56, just enough to snag a podium finish from Jojo Silverio, who otherwise clocked 2:14.68. Louis Ramirez was unquestionably the most consistent competitor, dispensing both laps in identical time--2:17.09!

A special treat for the motoring journalists covering the event was a media challenge where each one could take one timed lap in the same Chevrolet Cruzes that the champions had just driven. We're happy to say that Top Gear Philippines did its fans and readers proud by taking home the first two places in the media heat; with columnist Brian Afuang and this writer taking first and second places with for clocking in 2:21.67 and 2:25.18, respectively. Tet Andolong of Business Mirror nabbed third place with 2:25.64, nudging media favourite Jeff Reyes of Philippine Star out of the top three by just one-fifth of a second. Trophies were Concept One Monoblock wheels, each one autographed by all the champions present.

Both Chevrolet Cruze units performed flawlessly during the ROC and media runs, attesting to the dependability of these rock-solid cars and the readiness of their platforms for track use.

"The turnout of the event was overwhelming," Sam said. "Everyone was thanking me for coming out with the idea. But I can only attribute the success of this concept and execution to God."

If you missed all the excitement of the first staging of the Race of Champions, catch the next one on November 21 at BRC. Visit this website for updates. Don't say we didn't invite you!

Facebook find #2: A peek at the MMDA's accident report
View other articles about:
Read the Story →
This article originally appeared on Topgear.com. Minor edits have been made by the TopGear.com.ph editors.
Share:
Retake this Poll
Quiz Results
Share:
Take this Quiz Again
TGP Rating:
/20