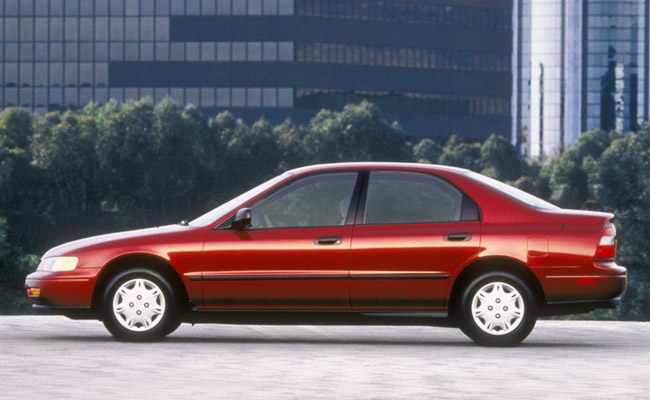 According to an article in The New York Times--"Here's why stealing cars went out of fashion"--car theft is fast declining in the United States, particulary in New York.

The article attributes this drop to one car security feature in particular: the engine immobilizer.

"The most important factor is a technological advance: engine immobilizer systems, adopted by manufacturers in the late 1990s and early 2000s," Barro explained. "These make it essentially impossible to start a car without the ignition key, which contains a microchip uniquely programmed by the dealer to match the car."

Barro used the Honda Accord as an example. The Accord, according to the article, is the most stolen car in the US, with "about 54,000" units stolen last year. Of this number, 84% were 1997 or earlier models. This is significant because, as Barro pointed out, Honda started offering engine immobilizer systems on the Accord in 1998.

The same is true with the Accord's stablemate, the Civic.

"The Honda Civic, America's second-most stolen car, shows a similar pattern before and after it got immobilizer technology for the model year 2001," Barro said.

We picked up two things from this article.

First is that engine immobilizers are effective, so be sure to specify such a system if it's just an option on the new car you're getting.

Second is that Hondas are very durable. "One of the factors that keep car theft going in the United States is the reliability of old Hondas," concluded Barro.

Heard about the $38-million Ferrari? Yep, that's P1.6 billion
View other articles about:
Recommended Videos
Read the Story →
This article originally appeared on Topgear.com. Minor edits have been made by the TopGear.com.ph editors.
Share:
Retake this Poll
Quiz Results
Share:
Take this Quiz Again
TGP Rating:
/20