The best of YouTube: Can you hide a supercar upgrade from your wife?

Can you hide an exotic supercar from your wife?

We can hide a few Tamiyas or a handful of pricey car parts from the wife. But hiding three bright orange Lamborghini Murcielagos? That takes real skill. Listen to this crazy car wife tale and more courtesy of Ed Boilan, a former Lamborghini sales executive.

This 11-year-old can drive way better than you

What were you doing when you were 11? Burning ants with a magnifying glass, building a kickass Pokemon card deck maybe? That's cute. Juju Noda, the 11-year old daughter of former F1 driver Hideki Noda, is out breaking records behind the wheel of an F3 race car.

What is VTEC and when does it kick in?

"Waiting for that VTEC to kick in 'yo!" Ah, VTEC—chances are you've heard quite a lot about it kicking in and whatnot. But do you even know what it means and how exactly it works? If not, Donut Media can help with that.

"It's one of the most epic cars from the last decade." That's quite a compliment, more so coming from none other than former F1 world champion Nico Rosberg. Watch him try out the legendary supercar in Monaco.

Is it alright to start in second gear?

Long story short, the answer is no. There's a proper way to get going, and starting in second gear isn't it. We've already tackled the issue before, but here's an informative Engineering Explained clip to remind you anyway. 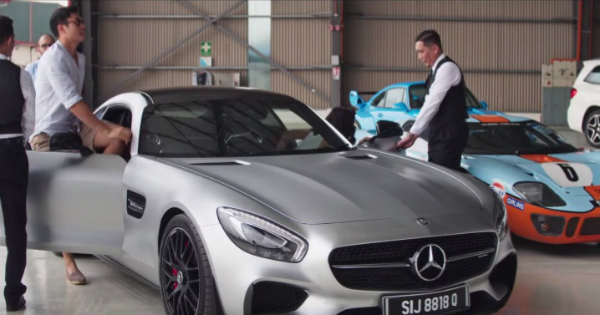 There's over P240 million worth of cars in the 'Crazy Rich Asians' trailer
View other articles about:
Read the Story →
This article originally appeared on Topgear.com. Minor edits have been made by the TopGear.com.ph editors.
Share:
Retake this Poll
Quiz Results
Share:
Take this Quiz Again
TGP Rating:
/20