‘Bumblebee’ is the Transformers movie that fans deserve

I still remember when the trailers for the first Transformers movie came out in 2007. Fanboys like me the world over got goosebumps just from seeing the robots in disguise we had watched and played with as kids making the jump to live action.

When the 2007 movie finally came out, it mostly delivered on its promise. Sure, the Decepticons designs were ugly (villains don’t have to be literally unpleasant to look at), there were plot holes, and Michael Bay’s military fetish was on full display. But Optimus Prime looked and sounded like a leader (thanks to the voice talent of Peter Cullen), the action was well-paced, and Shia LaBeouf’s relationship with his car made us all relate with him. But as we all know, it was downhill from there.

The sequels became louder, the robots became uglier, you couldn’t tell who was hitting who in the fight sequences, and the humor became tasteless. The money kept coming in, but the sequels were just pandering to audiences who wanted to see the latest Hollywood effects extravaganza. By the time the fifth Bay film rolled in, even the crowds were tired, and the film was considered a box office disappointment.

It was sad to see the franchise degenerate into violent slow-mo shots, testicle jokes, and soulless SFX spectacles, when the Transformers universe has such a rich history of characters and stories. So when it was announced that Michael Bay wouldn’t return to direct the first franchise spin-off, fans like me became hopeful that better times were ahead.

And so we have Bumblebee, the prequel to all the ‘Bayhem’ movies. It’s set in the ’80s and it gets the robots right. By that I mean they look like their Generation 1 ’80s cartoon versions, and they’re glorious. Optimus Prime looks resplendent with his square windshield chest, the ‘fighter jet’ Decepticons look sleek, and Bumblebee is finally a VW Beetle. The popular Transformer charms again by connecting with another human—a teenage girl this time, played by Hailee Steinfeld. 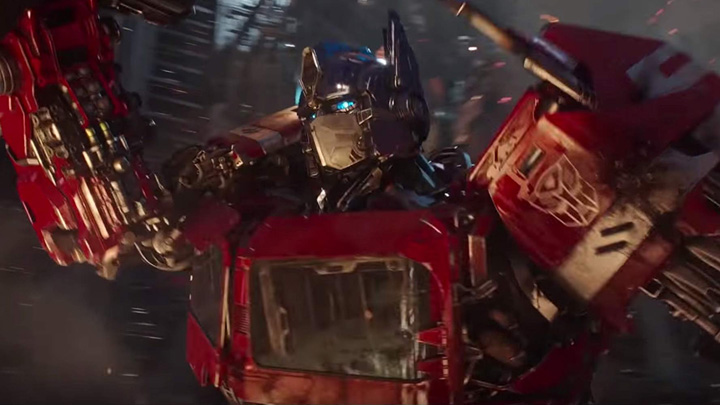 The film begins with a prologue set in the robots’ home planet of Cybertron. There is no voice-over narration of what’s happening, thankfully, because explanations are for children. There’s no need to explain a war between two robots factions; you already paid for the ticket, and you came to see action and a good story. 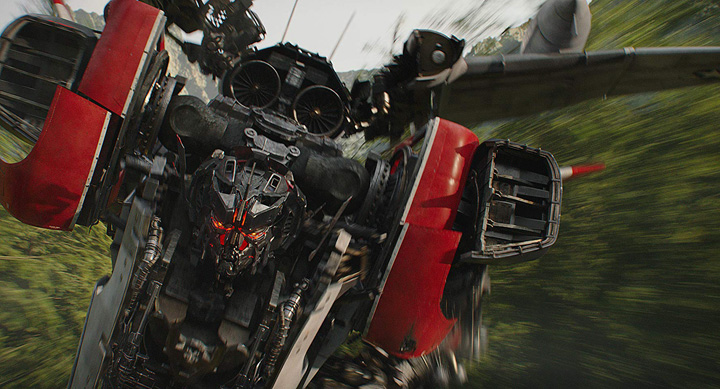 On the former, Bumblebee delivers in spades—from the opening Cybertron sequence, where we see our beloved Transformers in their full ’80s glory (Soundwave! Shockwave! Wheeljack!), to the final earth battle between the transforming robots. The movie is about Bumblebee’s mission to find a planet where he and his Autobots can find refuge and regroup. In this film, the good guys are the resistance movement, apparently, and they’re being hunted down by the Decepticons. 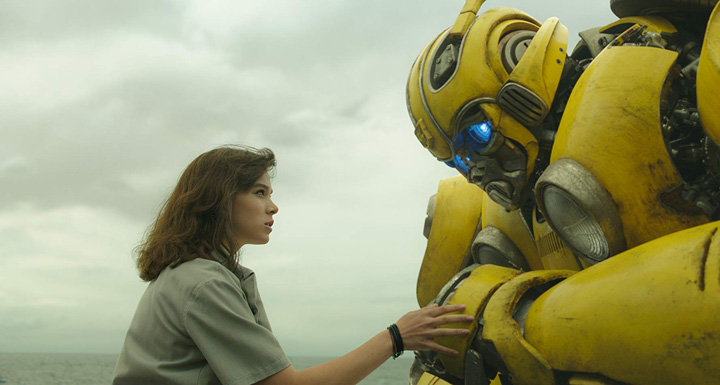 The protagonist who befriends Bumblebee is Charlie Watson (Steinfeld), a teenager who is mourning the death of her father and knows her way around cars. Because this isn’t directed by Michael Bay, there are no leering shots of Charlie. There’s the requisite government agency in the plot, with the military unit hunting Bumblebee headed by John Cena. 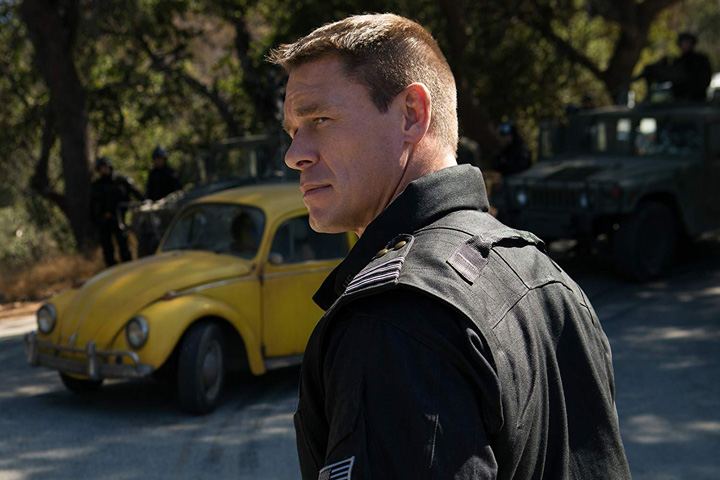 The villains are two Decepticon triple changers: Shatter and Dropkick. The bad robots are effective in conveying menace and evil, and their car forms are awesome ’80s muscle cars. Megatron was strangely absent, though. Maybe he’s being saved for a sequel to this prequel? (Reboot it already!) 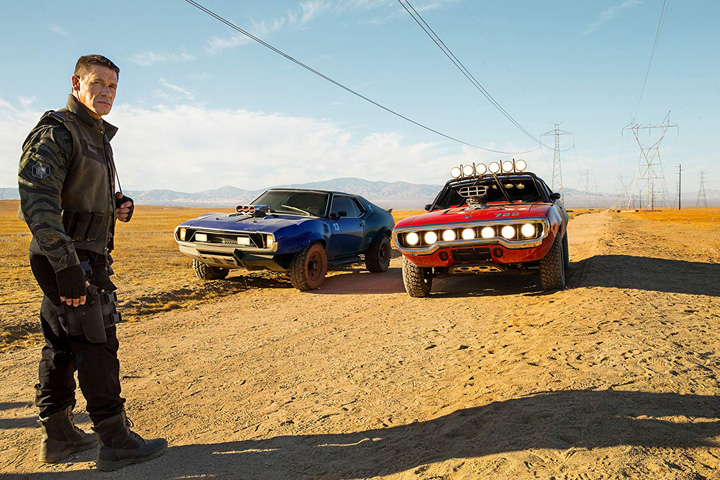 From the exciting opening, the movie sags in the middle, as it tries to establish the bond between Charlie and Bumblebee, as well as incorporate the usual issues and angst that accompany teenage life. I have to say that Bay’s version did this better by just piling on the humor, and it worked thanks to LaBeouf’s manic portrayal. But Steinfeld also did a swell job of grounding the film, and it’s refreshing to see a competent female lead in the franchise.

The final battles are kinetic and clean, much better than the mishmash of parts and faces that the Bay films passed off as fight scenes. You can see Bumblebee’s fighting prowess, and it’s easy to follow which Transformer is doing what. There’s even a homage move to the ’80s Transformers show opening sequence. Watch for it. 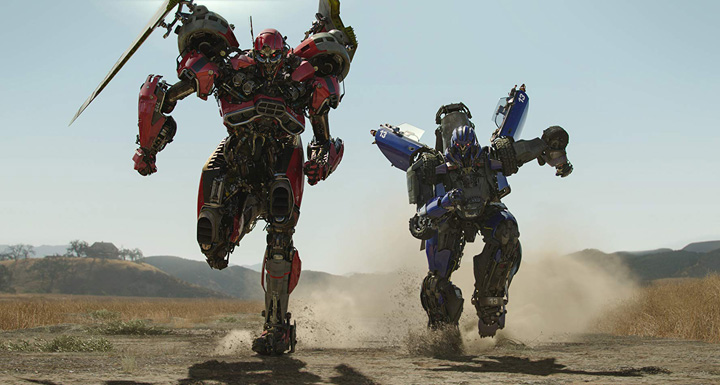 Bumblebee is not a perfect Transformers movie, and it could be a better film in terms of story, nostalgia, continuity, and the characters coming of age. But it’s a great Transformers movie that clearly respects—and gets—the source material. I squealed in glee the moment Soundwave ejected Ravage. That alone was almost worth the price of admission.

This feels like a fresh start, and not a prequel. For the first time in the franchise’s history, I’m excited for what happens next. 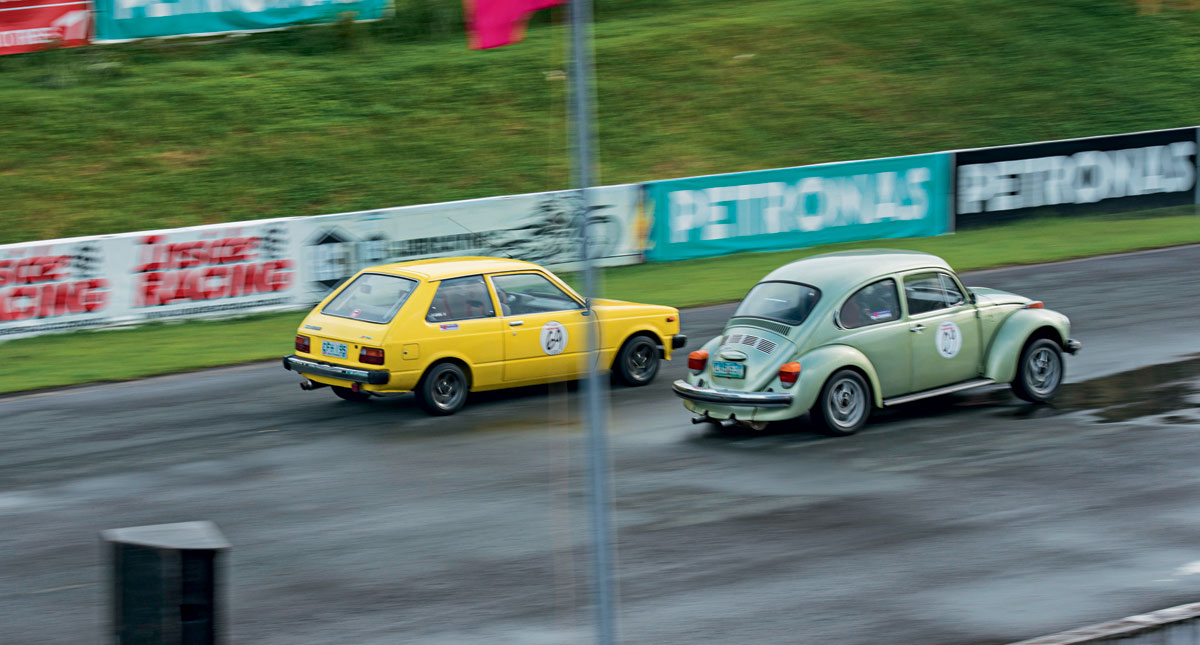 A day at the retro races
View other articles about:
Read the Story →
This article originally appeared on Topgear.com. Minor edits have been made by the TopGear.com.ph editors.
Share:
Retake this Poll
Quiz Results
Share:
Take this Quiz Again
TGP Rating:
/20