Why Subaru Challenge winners do not keep their car prize

It somehow defeats the purpose
by Vernon B. Sarne | Nov 12, 2012
CAR BRANDS IN THIS ARTICLE 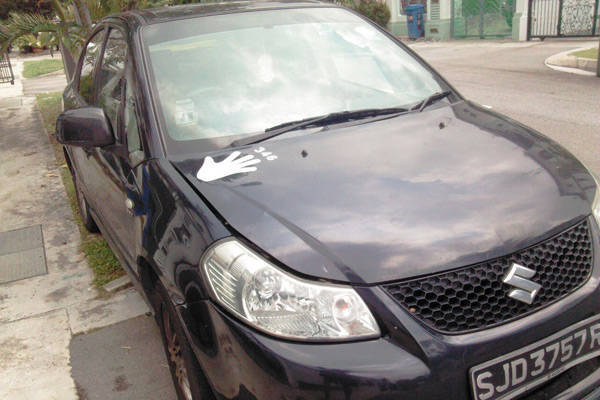 The Suzuki SX4 you see above belongs to Singaporean Chong Kait Chi, who actually won for himself a brand-new Subaru Impreza WRX hatchback last year by outlasting his fellow competitors in the "2011 Subaru Challenge: The Asian Face-Off." The 43-year-old sales manager held on to his designated Subaru car for an incredible 75 hours and 36 minutes to earn the right to drive home a red Impreza WRX.

Chong has now put on the hood of his SX4 a replica of the hand sticker with his matching number during the competition (346), as a way to commemorate his Subaru Challenge victory. That's because he sold his car prize and chose instead to keep this Suzuki, which he had owned for several years when he joined the contest.

You would think that someone who had endured an extraordinarily excruciating test just to win a Subaru car would guard said car prize with his life. You would think he'd care for it all the way to his grave. After all, it's not a joke beating 400 contestants from 10 Asian countries in a game of endurance and self-denial. You would think the winner would keep the reward for as long as he lived.

Not in the case of Chong Kait Chi. In fact, not in the case of all the winners of the Subaru Challenge, all of whom have been Singaporeans. From 2002 to 2007, the competition was a strictly Singapore-only event. In 2008, Motor Image, the distributor of Subaru vehicles in most Asian countries outside Japan, opened the contest to participants from neighboring countries outside Singapore, and that included the Philippines. Even then, from 2008 up to this year, the Subaru Challenge was still won by Singaporeans.

According to Chong, all these Singaporean winners, including himself, opted to sell their Subaru car prize. Why?

"Here in Singapore, we have the so-called Certificate of Entitlement," explains Chong. "All car owners must buy this COE to be able to drive a car for a period of 10 years. Last year, the COE cost 70,000 Singapore dollars (P2.35 million). If I wanted to keep the WRX, I would have to pay that amount in order to get the license to put the car on the road."

Chong sold his Subaru to a "friend of a friend."

He now rues the decision: "I regret selling it. All the past winners sold off their Subarus. I almost became the first one to pay for the COE. My prize was a red WRX and it was a turbo-engine sports car."

So remorseful was the 2011 Subaru Challenge winner that he decided to adorn his SX4 with the hand sticker.

In our humble opinion, we think that Motor Image should also shoulder the payment for the COE so that the contest winners may be able to enjoy their prize. Besides, Subaru Challenge winners--if they get to keep their prize and drive it around--will be walking endorsers for life. Imagine all of them bragging to their friends and relatives that they had willingly suffered hunger, thirst, sleep-deprivation, fatigue and boredom just for the chance to own a Subaru. No advertising campaign could ever be more convincing than that. 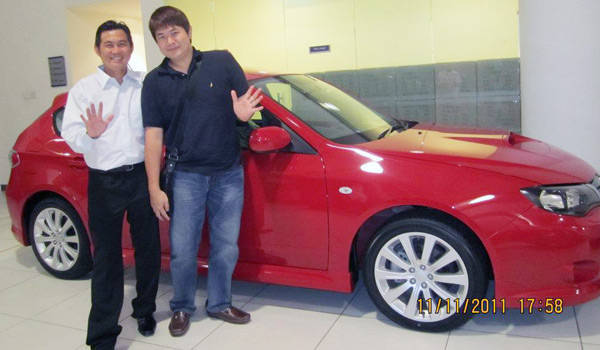 Inside Job: Lexus GS sedan\'s brake-hold button
View other articles about:
Read the Story →
This article originally appeared on Topgear.com. Minor edits have been made by the TopGear.com.ph editors.
Share:
Retake this Poll
Quiz Results
Share:
Take this Quiz Again
TGP Rating:
/20