There’s a red warning light on the gauge cluster of many cars that looks somewhat like a teapot with a drop near the spout. Obviously, it’s not a teapot—it’s an old-fashioned oil can. This particular warning light signals low oil pressure. Should this light come on, even if only intermittently, you need to check what’s triggering it.

Low oil pressure means there’s a big possibility that these parts brush against each other, metal to metal. That kind of contact inside an engine leads to friction and wear, and is a sure way to damage parts and degrade an engine’s condition.

The causes of low oil pressure can be many and varied, especially in an older engine. Some of them we can address ourselves without the need for a professional shop and an experienced mechanic. For the purposes of this article, we will cover only the simple remedies we can do without overhauling the engine bay.

If the warning light for low oil pressure comes on, here are the possible culprits:

Cars today run so well, needing so little attention, that sometimes we forget to perform regular maintenance on them—and that includes forgetting to checking the oil level.

There are times when oil seals fail, causing an engine to leak oil. It’s usually just a few drops, but when we fail to address these leaks, they will decrease the amount of oil to the extent that there won’t be enough left in the system to produce enough oil pressure.

Other than regularly checking the oil level in your engine, carefully observe the area where you usually park your car and look for oil spots. If you find any, that’s an immediate indication that your engine is leaking oil. Find the leak, check the oil level, and fix the issue. If you haven’t got time for the repairs, make sure to check the oil level much more often, and be sure that there’s always enough in the engine.

Another related factor to low oil pressure is that the old, worn-out oil in your engine may have lost its viscosity. Similar to low-viscosity oil, old oil will have lost most of its thickness and not have enough viscosity to protect and lubricate the various components. This will also result in reduced resistance to flow, causing the sensor to prompt low oil pressure. To avoid this, you should change your engine oil according to the manufacturer’s recommended intervals.

Engine oil flows through the oil filter to clean it of accumulated dirt. At a certain point, if we don’t change the oil often enough as recommended by the manufacturer, the filter can and will accumulate enough dirt and debris to clog it, thus impeding oil flow. There will come a point when it will not allow any oil to pass through. This will also be interpreted by the oil pressure sensor as low. A problem like this is easily addressed by regularly changing your engine oil and oil filter as per the manufacturer’s schedule.

The foregoing points are the most simple fixes to low oil pressure warning. However, if the engine has been neglected for far too long, the damage might not be as easily fixed by topping up the oil or changing the oil and the oil filter. The parts inside the engine may have been damaged already, and may only be fixed by taking the engine apart to reach the compromised components and replacing them. This is what we want to avoid, and by following the foregoing maintenance tips, you can most probably do so. 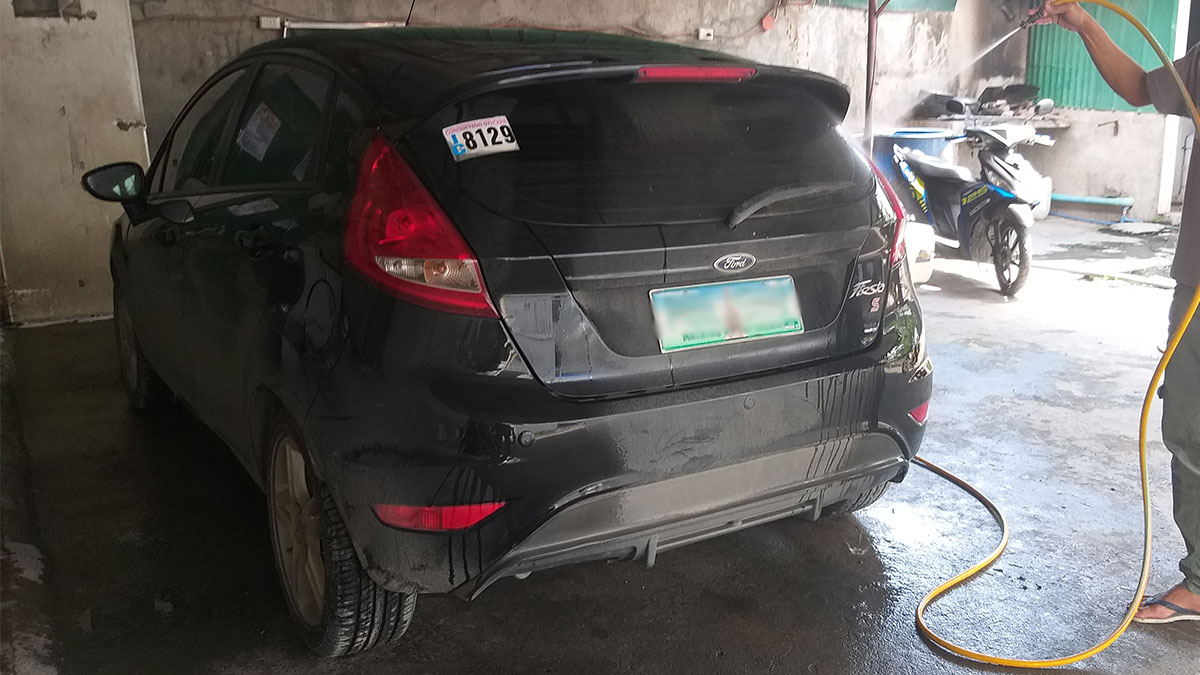 How to safely clean your car using a power washer
View other articles about:
Read the Story →
This article originally appeared on Topgear.com. Minor edits have been made by the TopGear.com.ph editors.
Share:
Retake this Poll
Quiz Results
Share:
Take this Quiz Again
TGP Rating:
/20