How to find a vacuum leak using a carb cleaner

Sometimes, your car may have the following symptoms: an irregular idle, poor fuel economy, lack of power, stalling, or a high-pitched hissing sound from the engine. These symptoms may happen one at a time, all at the same time, or in various combinations, and could even be accompanied by an illuminated ‘check engine’ light. When any of these happen, the culprit could be a leak in the vacuum system. You need to trace it, find it, and fix it.

A car’s vacuum system isn’t very complex, but before you delve into fixing engine problems that are related to a car’s vacuum system, you need to understand what it is. An engine is basically an air pump—it pumps air in and out of itself. As the pistons go through their intake strokes, they suck in air through the throttle plate, creating a vacuum in the intake manifold. The smaller the throttle-plate opening, the greater the vacuum; the bigger the opening, the less the vacuum.

The engine’s computer has been programmed with the precise amounts of air and fuel that it needs to run optimally, depending on the position of the throttle plate, the load on the engine, the temperature, and many other factors. This precise metering and programming of the amounts of air and fuel is something that has been studied and tested by many engineers, with hundreds of hours clocked in throughout the engine’s development. If something is off in this environment composed of the vacuum, fuel, air, temperature, and the ignition, the engine won’t run right.

When there’s a vacuum leak, there’s excessive air entering into the system that wasn’t metered—air that wasn’t taken into account by the computer. That unmetered air will throw off all the precise measurements of air, fuel, and other factors that the engine needs to run smoothly. Ergo, your engine will suffer poor performance from idling to running at full throttle because it’ll no longer be running at its optimized parameters.

Now, if your car is exhibiting any of the symptoms mentioned at the start of this article, that means your engine isn’t running under the optimized parameters engineered into it. There’s probably unmetered air going into the system—that is, there might be a vacuum leak.

To fix the symptoms, we need to find the vacuum leak and seal it so that no unmetered air gets into the system.

If you take your car to the casa or a big shop, they’ll probably have a fancy smoke machine to find vacuum leaks. However, there’s a simple DIY tool you can use to do the same thing: a spray can of carb cleaner. Once you have one, you can proceed with the following steps.

1) Ensure you have a cold engine and an operational fire extinguisher within arm’s reach.

Before you start spraying carb cleaner onto your engine while it’s running to find a vacuum leak, have a fire extinguisher nearby because carb cleaner is flammable. You could be spraying it onto very hot exterior surfaces of an engine, causing the substance to combust. To minimize the fire risk, work with a cold engine and have a fully-charged and working fire extinguisher within arm’s reach.

2) Spray the carb cleaner, then observe to locate the leak.

With the engine running at idle, spray carb cleaner on some parts of the engine one at a time, then observe if there are any effects on the idle speed. From the mass air-flow sensor or the air-flow meter all the way to the back and around the intake manifold, these are the parts on which you’re supposed to spray carb cleaner:

3) Fix or replace the faulty part to address the leak.

Now that you’ve found your leak, you’ll need to take out the faulty part and fix or replace it. The culprit is probably a loose joint, a worn gasket, or an old rubber hose. Once you take the parts off where the leak was found and begin the inspection, you’re bound to find that worn-out part.

Again, remember to be safe and conduct this procedure while the engine is cold and have a functional fire extinguisher nearby—a scorched car is much harder to fix than a vacuum leak. 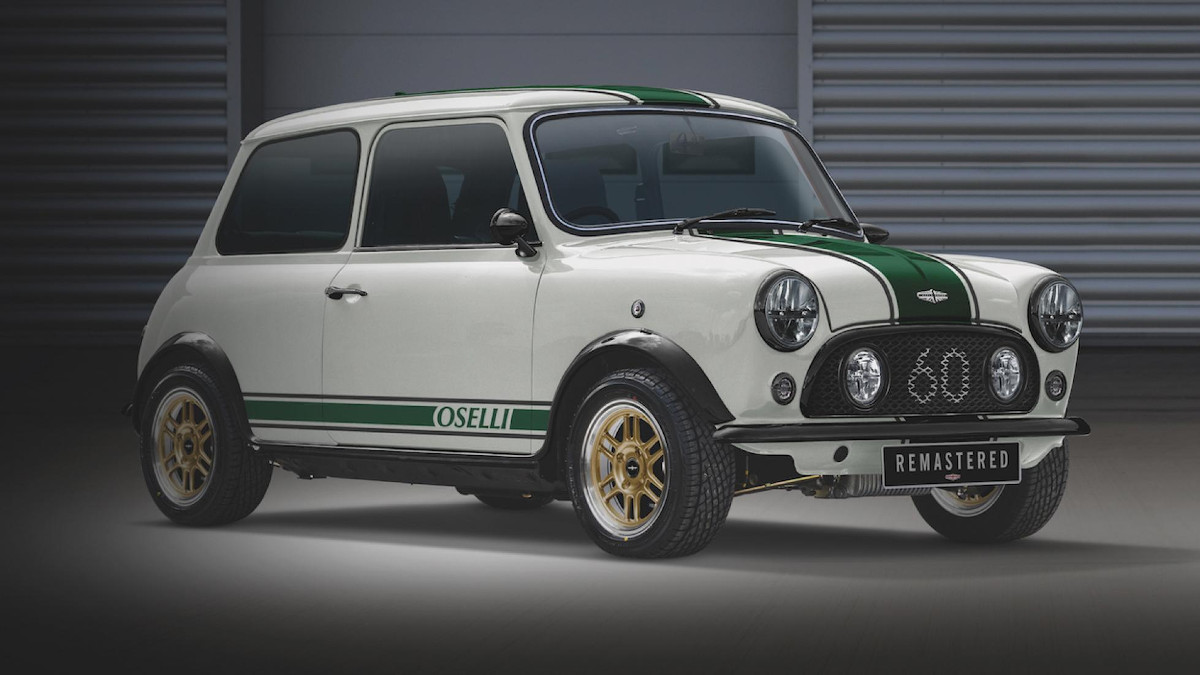 The Mini Remastered ‘Oselli Edition’ is a restomod hot hatch
View other articles about:
Read the Story →
This article originally appeared on Topgear.com. Minor edits have been made by the TopGear.com.ph editors.
Share:
Retake this Poll
Quiz Results
Share:
Take this Quiz Again
TGP Rating:
/20