How to replace your car’s rearview mirror

Rearview mirrors on modern cars are attached to the windshield using special adhesives that create a chemical bond. The attachment is through a base plate that is glued directly on the glass, where the rearview mirror’s stalk is clip-locked into place. I’m only assuming, but I think manufacturers affix the mirror on the windshield this way to allow it to break off easily in a crash. If you hit your head on a bolted rearview mirror, you are more likely to get injured.

If you’ve accidentally bumped off your car’s rearview mirror and you want to reattach it, continue reading on.

1) Find the best spot to mount it on. 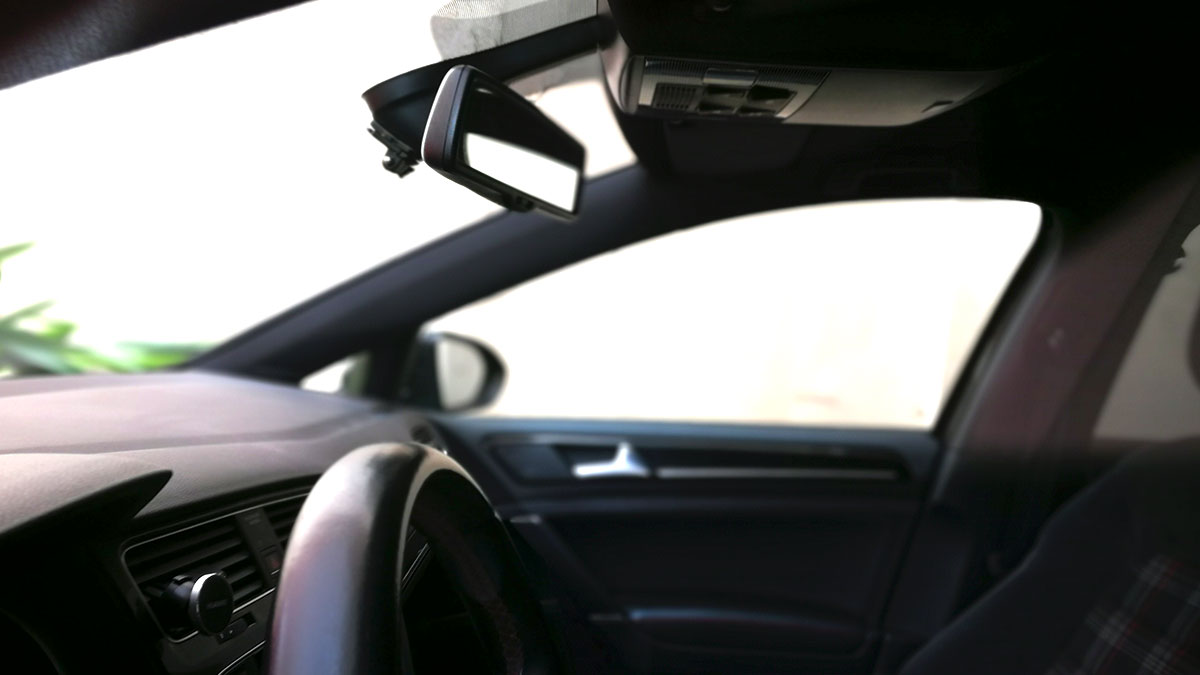 First, park in a well-lit, well-ventilated area. The location of the mirror’s base plate is strategically placed to allow an unimpeded view of the mirror from the driver’s side. If it is accidentally knocked out of position, the residual adhesive will leave a mark on the inside of the glass where the base plate was stuck on. Using dry-erase markers, draw an outline of the base plate on the windshield from the outside of the car.

2) Clean the inside of the windshield. 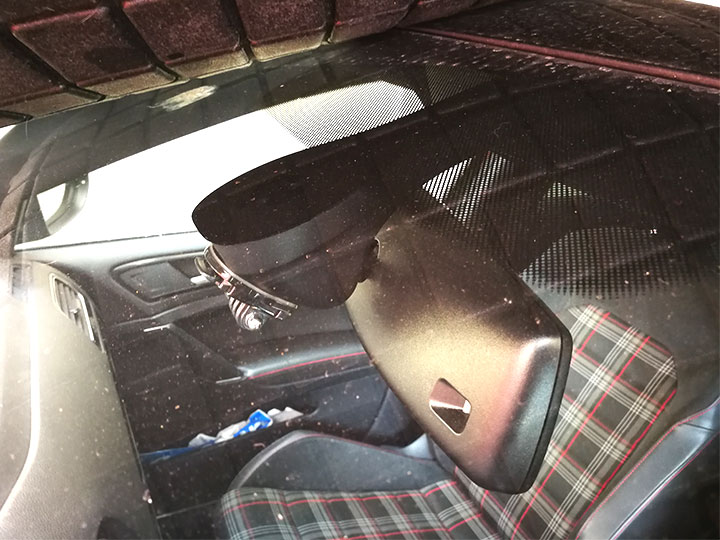 The adhesives are meant to bond the metal plate by chemical polymerization to the windshield, so scraping the remaining crusted adhesive off to leave a smooth surface is necessary to ensure proper bonding. For that, use sharp blades or metal scrapers oriented as parallel to the glass as possible; doing this will avoid scratches. Wipe the glass with an alcohol-soaked cloth to clean it, as well as to prepare it for fixture, as the activator agent is alcohol-based. The outline you’ve marked outside the glass should be easily visible if you’re in a well-lit garage.

3) Prepare the base plate for the glue.

Contrary to the usual recommendation that a rough surface will create a better bond with the adhesive, the smoother the surface, the better the chemical bond will be. Finely sand the base plate to remove the dried-out gunky adhesive, then wipe off the sanding dust. Finish cleaning the base plate with alcohol wipes as well.

4) Use the correct glue.

The appropriate adhesive is a two-part mixture of methacrylate ester and acrylic acid. Both produce vapors that are eye irritants, which is why you must park in a well-ventilated area and do this with the doors open or the windows rolled down. Wear goggles and vinyl gloves to protect yourself when handling the glue. Read the manufacturer’s instructions and follow them accurately.

Apply a thin layer of the supplied adhesive activator on both surfaces; this is meant to accelerate the initial drying time. Allow the solvent on the activator, which is alcohol, to evaporate. Avoid touching the prepped surfaces with your gloved hands or putting them over any surface. Then, put the appropriate amount of glue in the middle of the base plate. Press the base plate precisely on your mark. It should be pressed on for a few seconds or however long the instructions say. Recommended drying and curing times should be observed prior to clipping the mirror stalk on. Putting the weight of the rearview mirror on insufficiently cured glue may cause it to fail, and fall due to gravity. 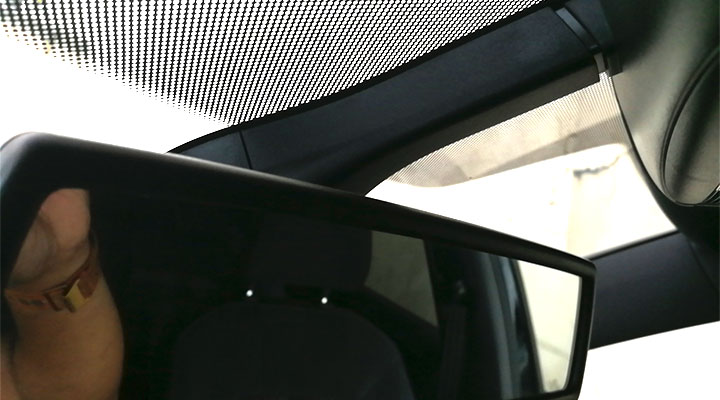 Once the curing time is up, it’s safe to put the mirror on. The base plate is wedge-shaped to accommodate the sliding rails on the mirror’s stalk, and locks with a clip on the end. The design is such that either the glue on the metal base will shear off or the clip can easily detach when hit from a predetermined angle, with sufficient force. 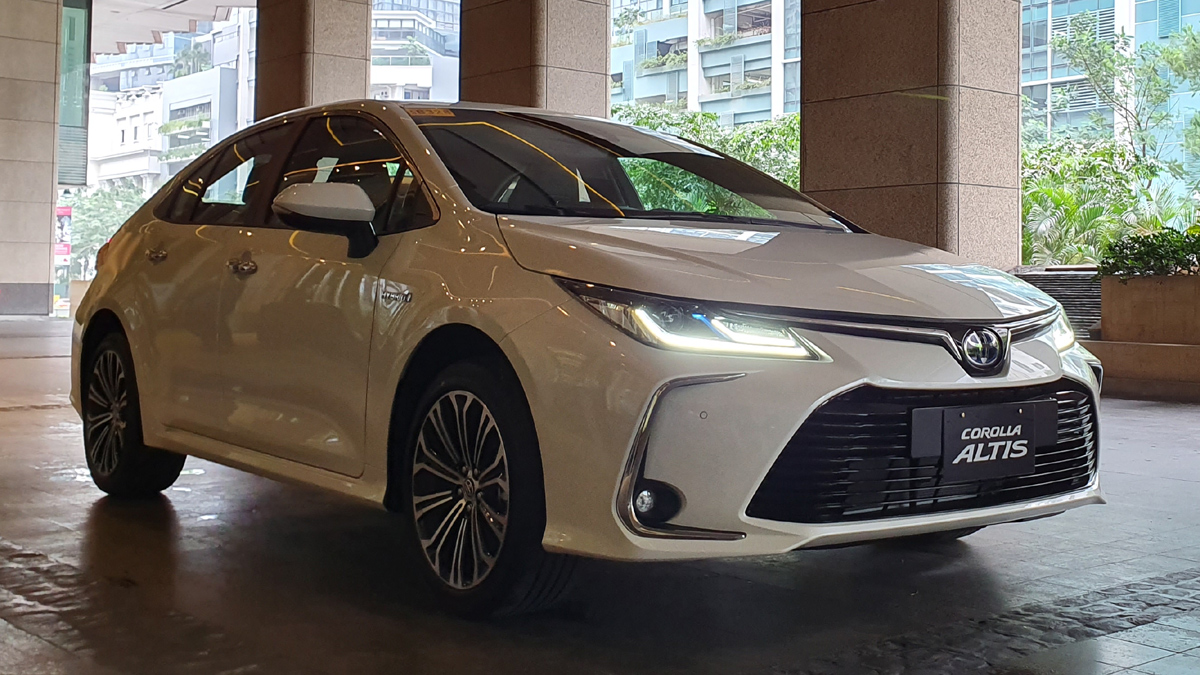 First impressions: We try out the 2020 Toyota Corolla Altis 1.8 V Hybrid CVT
View other articles about:
Read the Story →
This article originally appeared on Topgear.com. Minor edits have been made by the TopGear.com.ph editors.
Share:
Retake this Poll
Quiz Results
Share:
Take this Quiz Again
TGP Rating:
/20