Why doesn't my keyless remote fob work in certain areas? 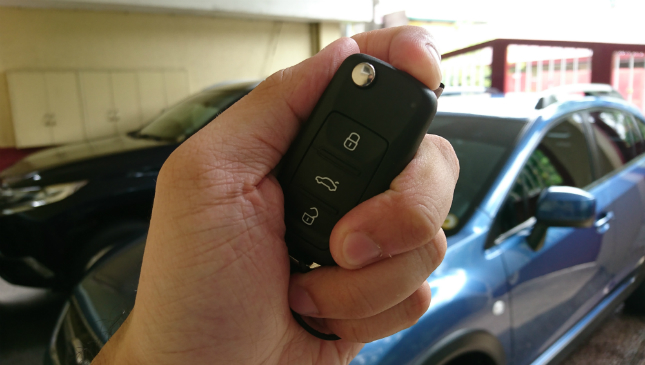 “We bought a car from Toyota, which is a Rush. We also have another car, Vios naman. Our Vios’ and Rush’s RF (radio-frequency) keys don’t work in our area but when we go out of our subdivision, they work properly. As engineers we think that some device or devices block the RF signal and there is a possibility that the signal can be copied and can be some sort of modus to steal our cars. Can you help us if others have the same case like this one?Thank you in advance."


This is one of those issues with car alarms and keyless entry systems that crop up from time to time. Firstly, yes, there is something interfering with the radio frequency signals of your alarm. But no, it is unlikely someone is listening in on the signal to copy it and steal your car.

Keyless entry signals can easily be drowned out by high-intensity interference. Trying to eavesdrop on the key fob signal through this interference, though, would be like trying to overhear a whispered conversation over a live rock concert. It can be done, but it’s difficult.

And even if a would-be 'carjacker' does manage to record your alarm's unlock code, modern car alarms and keyless systems use what's known as a 'rolling code;' a code that changes with every use. There are, purportedly, devices that can defeat this, by using a jammer that drowns out the signal from the key so the car doesn't 'hear' it, while at the same time snooping on the signal and storing a single rolling code for later use. It then stops the jamming signal so the car unlocks on the second click, leaving the owner none the wiser.

But as the interference is continuous, I doubt this is what's happening.

A much easier attack is to use a radio relay that fools a vehicle with a proximity-sensing keyless entry into thinking the key is nearby. This involves two transceivers, one at the door or window of your house, as close as possible to the key fob inside, and one positioned right beside the vehicle. But as neither of your cars has this type of keyless entry—I'm assuming they use bog-standard Toyota alarms—this isn't the type of attack that should concern you. And this attack features no jamming of any sort, so this is probably not what is happening, either.

Instead, there is likely a more mundane and less sinister explanation for your remotes not working near your house: Wi-Fi.

While Wi-Fi routers typically operate in the 2.4GHz radio band, as opposed to the 315MHz and 433.92MHz bands that car remotes operate in, they can still generate harmonic interference and even unintentional interference due to poor shielding or wiring. And so can a whole host of other wireless devices. While cellular sites can also generate interference, these are pretty tightly regulated by the National Telecommunications Commission.

For household wireless interference, the best you can do is map out the interference in your area to figure out whose Wi-Fi is responsible—it might even be yours—and to get them to reconfigure their router. It could also be something else. One case in the US had an entire block affected by a malfunctioning wireless speaker system at a club!

I've heard complaints regarding radio interference in the past, in places like Ortigas Center and other commercial areas with a lot of telecommunication traffic. Some complaints were linked to petty theft, but since current car alarm hacks didn't exist back then, it's likely the thieves simply knew of these dead spots where car alarms didn’t work, and took advantage of them. To be honest, I haven't heard of a complaint like this in the Philippines in years.

But if you're worried about actual hacking attacks, I'd suggest double-checking your door locks when you use the alarm—or to never use the alarm to lock or unlock your doors in public. Also, don't leave valuables inside the vehicle, EVER. You don’t need a car alarm hacker to silently break a window!

For those of our readers with proximity key fobs, it would also be wise to invest in an RFID blocking wallet or carrying case to prevent a relay hack. This has the added benefit of protecting your credit cards, as well.

These things cost a few hundred pesos more than a regular wallet, but that's a small price to pay for peace of mind. 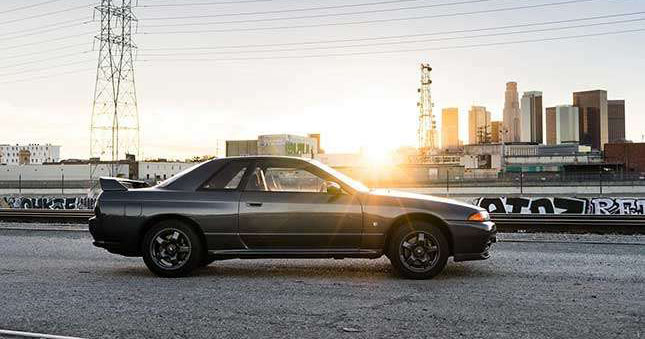 Readers share stories about the car that got away
View other articles about:
Recommended Videos
Read the Story →
This article originally appeared on Topgear.com. Minor edits have been made by the TopGear.com.ph editors.
Share:
Retake this Poll
Quiz Results
Share:
Take this Quiz Again
TGP Rating:
/20