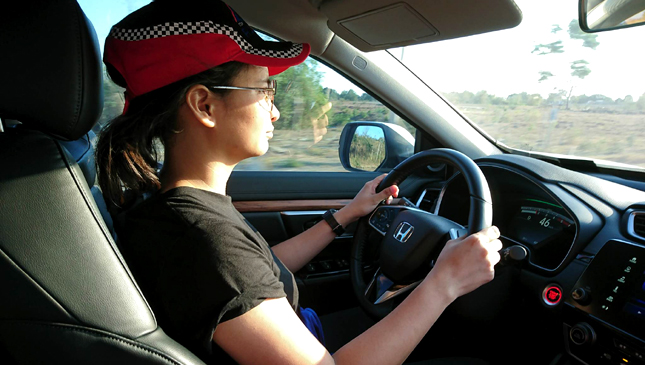 I was 16 when I first learned how to drive. But I was already tinkering with shifters and switches long before I could reach any of the pedals. Learning how to actually drive a car, then, became a key milestone in my life, and I was taught the old school way.

The old adage about how it takes a village to raise a child became my personal truth, once it was time for me to learn how to drive. Everyone from my dad to my uncles, and even my older brother helped shape the way I drive. It was from them that I learned about how driving is broken down into three things: the technical aspect, the legal aspect, and the social aspect. The first two we regularly discuss here on the site, but the third, well, let's talk about that, shall we?

My mentors valued the space that they drove on. "The roads are for sharing," my dad would say, and "mahiya ka naman," my older brother would quip. These days, people seem to have forgotten about the social side of driving. And the fact that we all can’t seem to get along on the road is both very troubling, and very telling, of how we all feel about our daily grind.

These days I see younger folk driving badly and being all sorts of disrespectful. It's not only the young ones of course, but the number I’m seeing being more stupid than not, leads me to the conclusion that many of us older gents were taught to drive during a time when respect and kindness on the road was still a thing. These days, civility and general road courtesy have taken a backseat to cutthroat, survival driving. It's admittedly a battleground out there, but surely there's still room for decency, right?

The thing that people seem to forget is that the cars we drive become an extension of ourselves, and that everyone should just move as honestly, and as nicely as possible—as if we were stripped of the surrounding sheetmetal.

It's taken me many decades of correcting my mistakes and remembering all the lessons my "village" taught me. And yes, before you say I’m being all high and mighty, I will admit that I still fall into laziness at times. But that’s why I've prepped this little primer to remind myself how it should be done: With a deep focus and with a good deal of common sense and courtesy. Best read up, kids, because this here’s old-school gold.

1) Just because you can doesn’t mean you should.

Use your common sense. I've seen people try to get away with the stupidest driving maneuvers: Making a left turn where only a U-turn exists, or motorcycles squeezing between MMDA orange barriers in the middle of highway sections. People don’t expect you to make those maneuvers, so why in the world would you think it’s okay to startle everyone's on-road sensibilities? You’d be the prime candidate for things going horribly wrong. Bottom line, don’t be stupid on the road.

Don't be the guy who holds everybody up while crossing the intersection. With the limited time we're given to cross between light changes, the least you can do is speed up to everybody else's pace so that as many cars as possible can transfer to the other side. Now if you're the last guy to try and cross…

3) Don't contribute to the gridlock Tetris.

Driving in Manila traffic is nothing but a game. Look ahead a couple of moves and you're more likely to see where you'll end up in the queue. If you're not going to make it to the other side by the time the light turns yellow, then just stop.

Think of being caught in the middle of the intersection as an in-game death, and do not to cross it with an ill-timed move. This one, of course, becomes a little more challenging on minor roads without stoplights. The same rules still apply though, and you just need to use your common sense to figure out the puzzle and land yourself outside of that yellow box. If you can level up in Clash of Clans or PUBG, then you’ve got this.

One of the most important things my mentors taught me is that driving shouldn't be about slow or fast, but more about maintaining the right speed at any given time. This ensures that the road's flow is kept at an optimum pace and prevents any unwanted butterfly effect (look it up!).

This is why I dislike old buses, jeeps and cabs. More than the sorry physical state these vehicles are in, it's the stop and go nature of their driving that disrupts the flow of the road. Don't drive like them, kids.

Also, please don't complain about how bad traffic in Manila is if you're the one driving at 30kph along a traffic-free EDSA. Take those angry beeps behind you as a sign to pick up your pace. Speaking of speed…

I don't care if you're testing out your new turbo upgrade or that damn drop-in air filter. Whatever it is, it's no reason for you to go speeding inside our village or the mall parking lot. Just no. Do it on the track, or where controlled speeding is more apt. But don't you dare do it where the incalculable number of variables that feed Murphy’s Law can come and bite your ass. Focus, and your common sense will come a’tingling.

Now this one isn't just for the kids, but for everyone else who hasn't had a decent lesson in how things ought to be. Counterflow parking is just one of the most unrefined things you can do behind the wheel. Just imagine the dynamics: To parallel park in a counterflow manner means you'll have to ask oncoming traffic to stop so you can back up into that spot you've been eyeing. It's like the on-road equivalent of taking a leak in front of a bunch of strangers, and believing it's forgivable. The proper move would be to make a safe U-turn into the other direction and tackle that parallel parking slot with decency. Stay classy, everybody.

Just by using your common sense, you are now halfway into being a better, more focused driver. In part two, we'll talk about how to level up your driving by focusing on other drivers' needs and being more courteous. Stay tuned, kids. 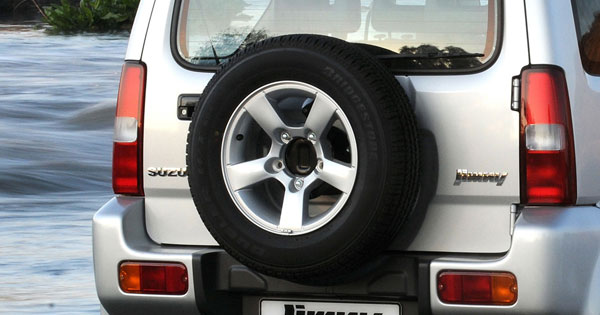 5 Things you should know about taking care of your spare tire
View other articles about:
Read the Story →
This article originally appeared on Topgear.com. Minor edits have been made by the TopGear.com.ph editors.
Share:
Retake this Poll
Quiz Results
Share:
Take this Quiz Again
TGP Rating:
/20