How to repair car dents

In densely populated environments like ours, car dents are a fact of life. We can take the utmost care of our cars, but there will be instances—whether it’s out on the road or in a parking lot—when we’ll hit or get hit by another vehicle.

In the past, dent repair involved taking the car to a body shop and having the dented panel hammered from behind to smoothen out the depression. This process inevitably resulted in paint damage, and thus the entire panel needed to be repainted.

The good thing is that small dents can sometimes be repaired without having to beat the panel out and repaint it. These days, there are various methods of fixing small dents—some of which you can even do by yourself at home.

Just be warned that some dent-repair methods are questionable—for instance, the dry-ice method. I have seen video evidence online that it works. Not in my case, though. I went out and found some dry ice, applied heat to the dented surface, then applied dry ice on it. The claim is that the extreme temperature variance would make the metal quickly contract to pop out the dent. Didn’t happen for me. I think it’s a myth. Moreover, I felt really stupid for even attempting it. What the heck, right? Nothing ventured, nothing gained.

So, I’m only going to talk about methods that I’ve tried and that I’ve actually seen to be effective. The theory behind these repairs is that that the material wants to go back to its original shape, and all we need to do is to coax it back to its original form by making the material more pliable with heat and pushing or pulling the dent back out.

And that’s key in either of the methods below: Heating the surface is always a good preliminary step because it makes the material and the paint more pliable; otherwise, the movement to pop out the dent may be so sudden that the paint cracks. Applying heat on the surface before attempting to smoothen out the dent will help prevent paint damage. 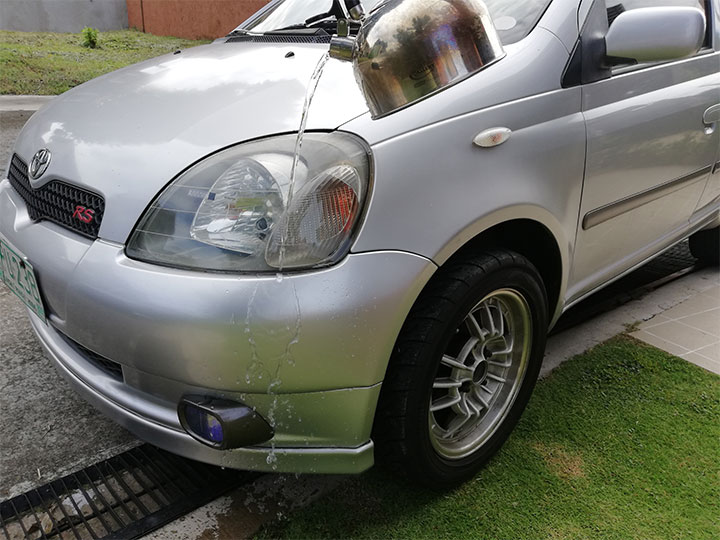 Most, if not all bumpers these days, are made of polyurethane plastic. When they get dented they can actually be pushed back out. Here’s how:

1) Inspect the dented portion of the bumper.

Look for an area on which you can apply force to push the dent out.

This is to make the plastic more pliable using heat. Alternatively, you can use a hairdryer or a heat gun. The important thing is to get the dented area pliable enough.

3) Carefully push out the dent.

You want to start pushing from the outside edge of the dent, working your way toward the middle by going around in a spiral pattern until the dent gets smaller and smaller. Don’t start at the middle—you’ll just be creating several small dents to deal with. 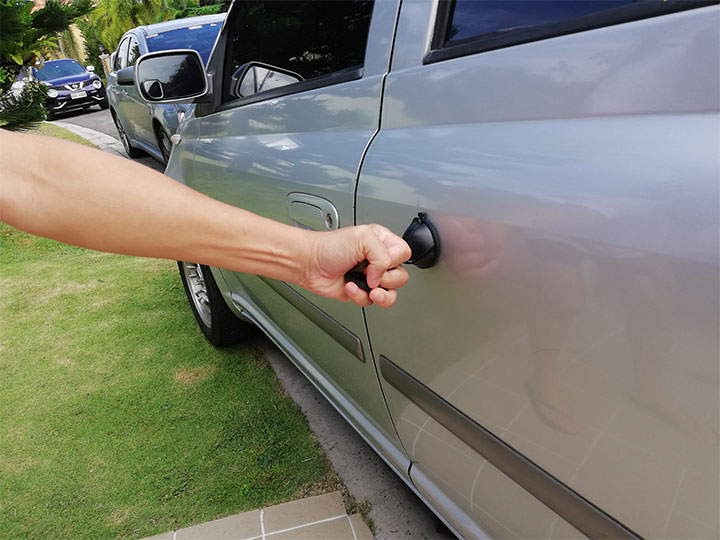 In the previous method, we were pushing the dent out. Here, the objective is to pull it out by doing the following:

You need to find something that will be able to grab hold of the dented area from the outside part of the panel—either a plunger, or a suction cup like that on a car phone mount, depending on the size of your dent. It’s important that the plunger or the suction cup has a handle so you can pull out the dent.

2) Apply heat to the dented area, then stick the plunger or the suction cup onto it.

Again, it’s a good idea to apply make the metal and the paint more pliable first by applying some heat. You can then stick the plunger or the suction cup onto the area to pull the dent out.

3) Remember to start from the outside edge and work your way in.

Refer to #3 in the previous method.

Now, if you feel that you can do this with a certain degree of skill, there are tools you can buy that are more specific for the job. They’re called paintless dent repair (PDR) tools. The professionals who do this make good money, too. But like any skill, it does require development. There aren’t very many people who do this and our local automotive community certainly could use more of these ideas and skills. 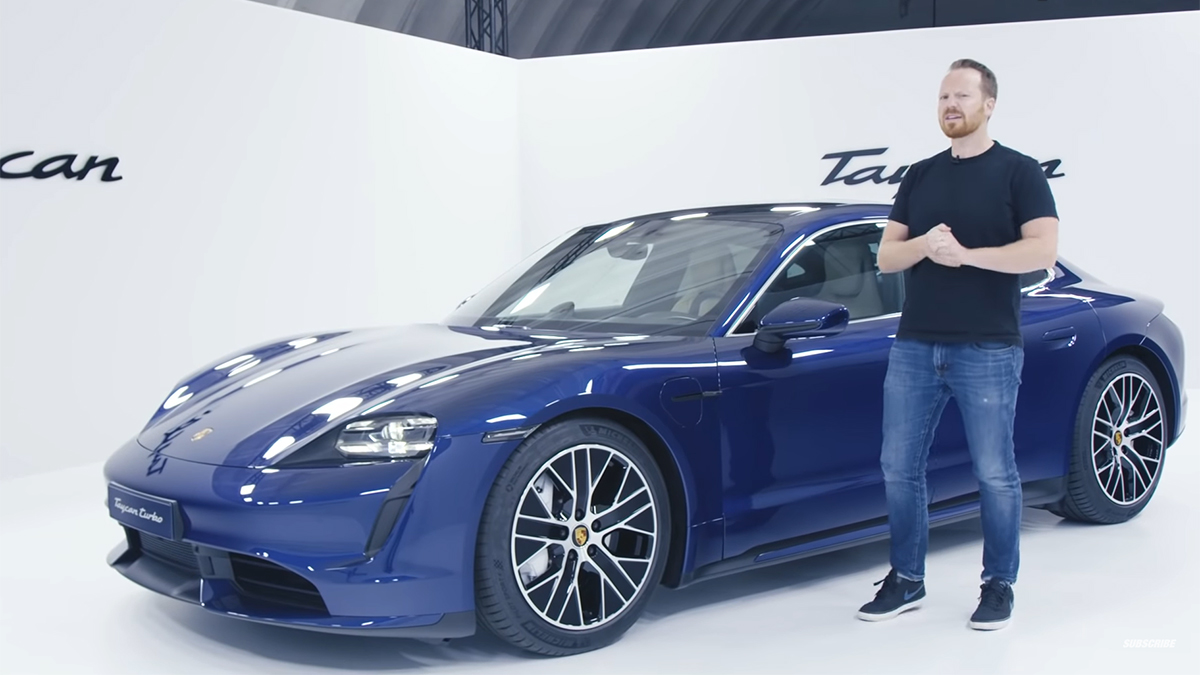 The Porsche Taycan could pave the way for a new era of performance
View other articles about:
Recommended Videos
Read the Story →
This article originally appeared on Topgear.com. Minor edits have been made by the TopGear.com.ph editors.
Share:
Retake this Poll
Quiz Results
Share:
Take this Quiz Again
TGP Rating:
/20