10 Telltale signs of a kamote rider

Be on the lookout for these pseudo motorbike racers
by Carlo Chungunco | May 8, 2018 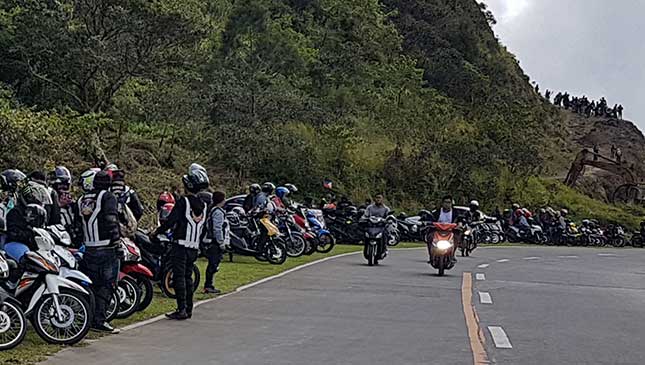 We don’t know how the term 'kamote rider' started. It’s probably because the nearest English equivalent is the term 'squids,' which is what the US motorcycle community calls riders whose confidence exceeds their skill. But 'pusit' riders hardly have the same ring to it.

Named after the root vegetable, a kamote rider is the bane of anyone wanting to ride out for a nice relaxing weekend up a mountain road or to a scenic overlook.

You will catch them all over YouTube getting into horrific accidents due to their equally horrific riding behavior and horrific disregard for others on the road. The inconsiderate nature of the kamote has even earned all bikers a negative rep in the eyes of other road users.

Although you generally find these species on small bikes, now, more than ever, you can start seeing them astride bigger and more expensive machines. Big bikes can only hide a kamote so well, and sooner or later, their habits shine through their facade.

So, what are the symptoms of a kamote rider? Don't worry. If you see these symptoms in yourself, it's not too late to become a better person. Here they are:

1) They see the world as their racetrack.

They make the effort to put their knee down on every corner. To them, every straight is a drag strip and every stoplight is a race grid start. Kamotes make places like Marilaque (Marikina-Rizal-Laguna-Quezon) and the Santa Rosa-Tagaytay highway some of the most dangerous roads in the country.

They take up the oncoming lane, crash, and are all to ready to blame the car whose lane they ate into for their accident. They don’t care that there are other road users or even pedestrians on the road. To the kamote, we are just moving roadblocks and mobile chicanes for them to weave through.

2) They wear basically no protective gear.

Their idea of 'all the gear, all the time' consists of the all-important abrasion-resistant T-shirt, shorts and flip-flops. Helmet? They don’t wear one because they feel it looks cool. We believe the real reason they don’t wear a helmet is because there’s nothing in their head worth protecting.

3) They feel that everyone is challenging them to race.

Yes, even that scooter riding along at a regular pace. What does a kamote do? Overtake him aggressively, make it first to the next stoplight, then give him a blast of exhaust as he pulls away on green knowing he's won. That is, he won a race only he knew about.

4) They have this itch to want to take on riders on big sportbikes.

Because their kamote brain cannot take the loss of pride, the moment they see a sportbike, they have to overtake it. Does it matter that they are just leisurely plodding along, minding their own business? No. A kamote rider just has to overtake him. To prove what? That his loud open pipe is louder than his engineered 1,000cc exhaust? Speaking of…

5) Their exhaust is nothing more than an open can.

They know in their heart that an open can fabricated by the neighborhood welder trumps the thousands of engineering man-hours the manufacturer of their bike put into the original exhaust system.

They love waking up the neighbors and love revving their fart can while at a standstill. Who cares about torque lost due to less back pressure? All that matters to them is that they're louder than the rest. As a kamote rider, they believe that if you’re louder, you’re faster (you’re not).

Other than the exhaust, they give their bike the skinniest of tires, the brightest of blinkers, and dozens of other cosmetic upgrades of dubious utility. They use these flashers and blinkers to cut lines and blast through traffic, then cry out in social media when the PNP tries to take them away for blinding other road users and for pretending to be policemen. While it may be debatable whether the PNP can confiscate these upgrades, what is well-settled is just how annoying it is following a kamote rider with a blinking and flashing rear light.

For a kamote rider, it isn’t even about going fast or sounding fast. He knows that looking fast is half the battle. So, he covers his bike with all sorts of racing stickers. Repsol on a Yamaha? No problem! Akrapovic on the open pipe? So believable! Brembo on drum brakes? Yes!

8) They ride with their feet on the rear pegs.

Who cares about rear brakes and shifting? They would rather get into a nice racing tuck, regardless if it even does anything for aerodynamics, given their helmetless hair and T-shirt flopping in the wind. Who needs control when you can pretend you’re Valentino Rossi?

Because who needs a proper helmet, or even the ability to see, when you can be 'cool'? Please stop wearing those crazy masks. It's not even Halloween yet.

If you feel offended by this list, yes, you’re a kamote rider and you give the rest of us riders a bad reputation. There is still hope, you can still change your ways. But until you do, you are a hazard on the road, to yourself, and those around you. We could do well without your habits and attitude on the road we all share. 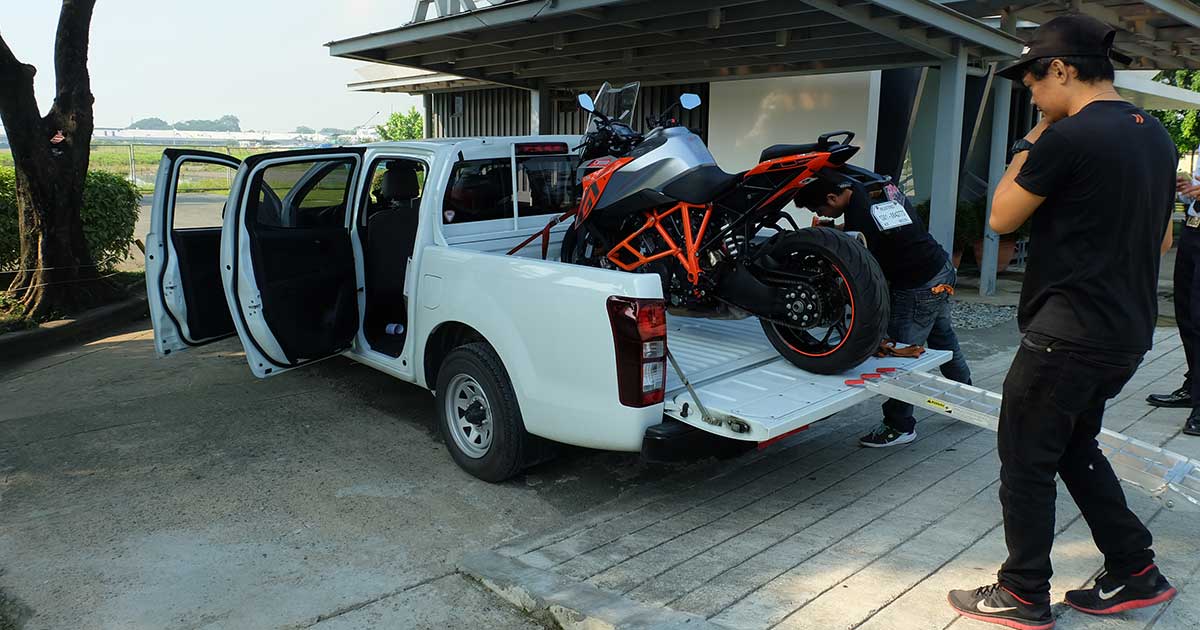 This roadside assistance program will give riders peace of mind
View other articles about:
Read the Story →
This article originally appeared on Topgear.com. Minor edits have been made by the TopGear.com.ph editors.
Share:
Retake this Poll
Quiz Results
Share:
Take this Quiz Again
TGP Rating:
/20