The best takeaways from the 2018 Inside Racing Bike Festival

The motorcycle industry is booming
by Pip Mendoza | Apr 6, 2018 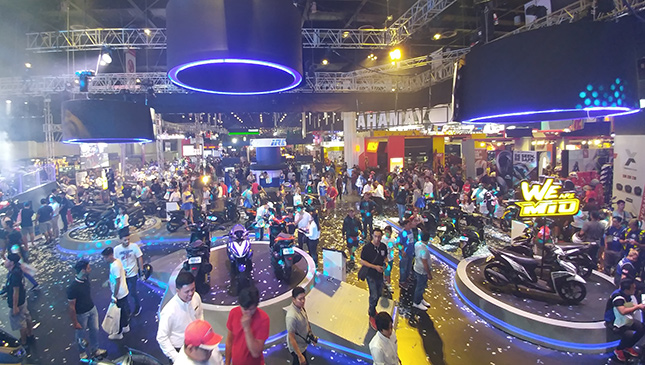 This is a very good year for Pinoy riders as some of the most sought-after motorbikes in the international market—from scooters to big bikes—are finally entering the country.

Many old favorites are back in the scene, and several appeared at this year’s Inside Racing Bike Festival and Trade Show at the World Trade Center in Pasay City last March 23 to 25.

Tens of thousands of riders flocked to the venue and went about their yearly habit of checking for parts, apparel, helmets, and other accessories, while witnessing the unveiling of industry leaders’ new lineups. Here are some of  2018’s highlights: 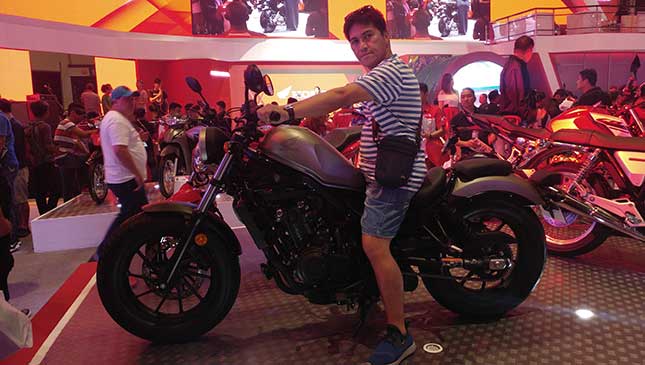 For many years there has been a huge clamor for the return of Honda’s big bike line, and boy did the Japanese manufacturer deliver at this year’s show.

After continuously capitalizing on the country’s scooter and sub-400cc street markets, Honda will finally be rolling out its internationally renowned big bikes. We saw the Honda X-ADV adventure AT crossover, the CBX 500 entry level adventure tourer, the CB1100, the Africa Twin 1000, and the Rebel 500.

The Rebel 500 has been available worldwide for two years now, and many Honda big bike hopefuls were confident that it would eventually make its way to the Philippine market. Well, it did! The Rebel is now available at P369,000. 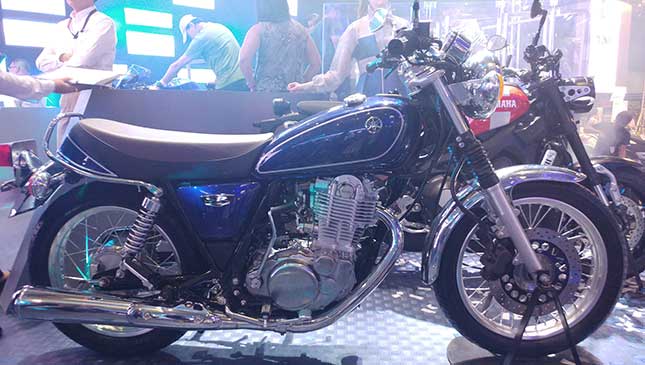 Like the Rebel 500, there has been a lot of demand for the entry of the Yamaha SR400—mostly from ‘classicists,’ chic city millennials, and old souls. The SR400 is popular because of the limitless customization and improvement options it provides. It is the perfect Pinterest bike, and can be transformed into anything: bobber, tracker, brat, café racer, or even an enduro. This lightweight but highway capable roadster was previously only available via direct import and was once considered a rarity. The price for the SR400 is P320,000. 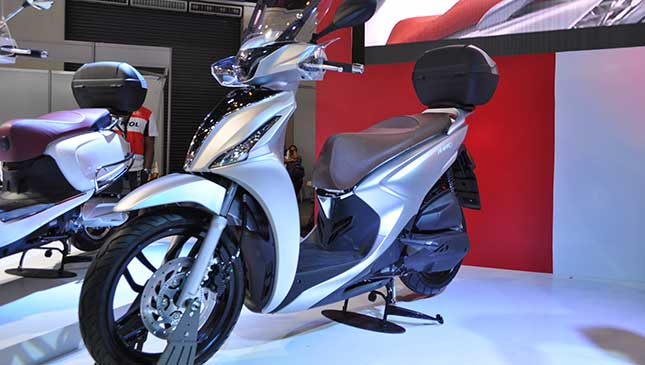 3) Power of the people

For a very brief time in the early 2000s, Kymco sold the People series in the country. It was well-loved by many scooter fans at that time because of its 150cc engine—a standout in a time when most streets were dominated by the newer 100-125cc Honda Wave series and the XRM. But the People was discontinued to make way for its more versatile brothers: the Like, Agility, and Super 8 series.

Today, the Taiwanese company still dominates the maxi scooter market in the country, as well as scooters in and above the 150cc segment. 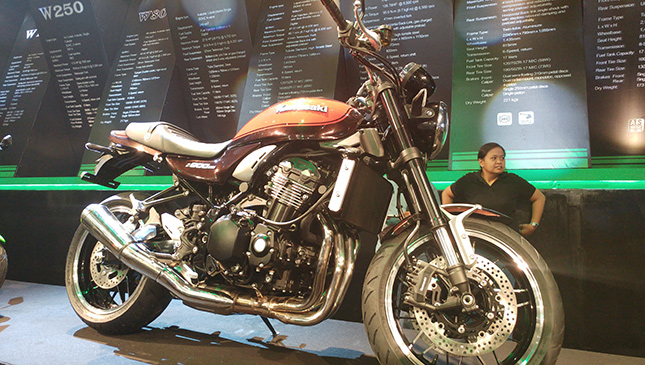 In a bid to make noise in the retro roadster scene, Kawasaki upped the ante by releasing the Z900RS this January and, just now, the W250 and W175—less powerful versions of the modern retro W800m—as all part of the Japanese manufacturer’s heritage lineup. 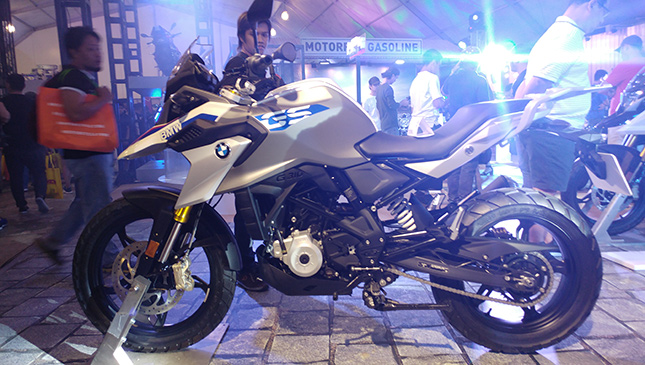 After the introduction of its street warrior, the BMW G310 R, BMW Motorrad released only big bikes for some time. Now the German marque made up for lost time by coming up with an adventure variant using the same platform and almost similar dimensions. 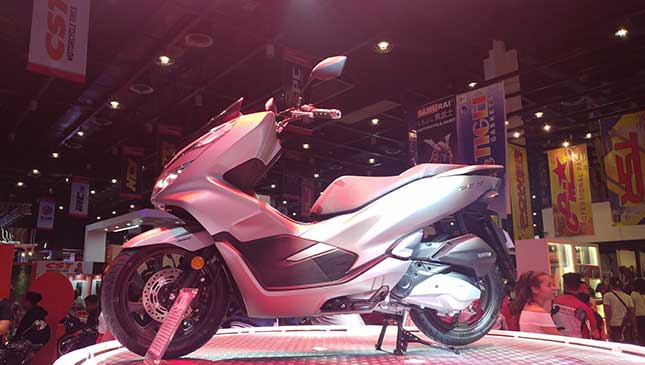 It’s been a long time coming, but Honda has finally launched the PCX-150 in the Philippines. This could end the Yamaha and Kymco duopoly of the maxi scooter market.

Honda has been on a roll since the start of the year, releasing the X-ADV, the CB1100, the Rebel 500, the Africa Twin, the CBX 500, and now, the PCX 150. Rumors are also running about the release of the 150cc Honda Winner/Supra GTR in the country.

Whatever Honda is up to, one thing is clear: It's set on wresting the market from competitors this year—from scooters to all kinds of big bikes. 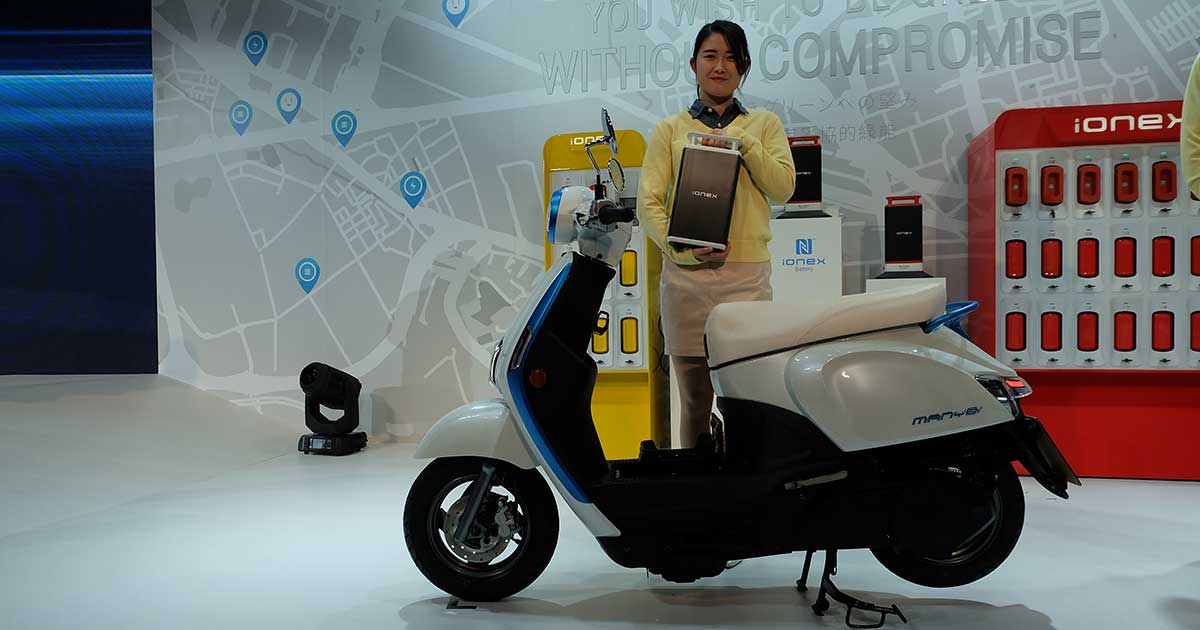 Kymco official: Electric scooter global trend is irreversible
View other articles about:
Read the Story →
This article originally appeared on Topgear.com. Minor edits have been made by the TopGear.com.ph editors.
Share:
Retake this Poll
Quiz Results
Share:
Take this Quiz Again
TGP Rating:
/20