Motorcycles 101: Why ABS should be made mandatory on all bikes

There are still low-budget two-wheelers that don’t have it as standard
by Jolly Alarcon | Aug 15, 2019

Let’s face it: Riding motorcycles isn’t the safest thing ever. With modern bikes having more performance gains with every generation while also being easier to own, it’s no wonder motorcycle accidents have reportedly increased by 21% in 2018 based on figures from the Metropolitan Manila Development Authority (MMDA).

Before the advent of electronic braking aids, professional riders employ what they called threshold and cadence braking to maintain steering control during hard deceleration.

Threshold braking, as its name implies, aims to minimize braking distance by only applying brakes up to the tires’ maximum traction threshold without breaking grip and inducing wheel lock. Cadence braking, on the other hand, involves the rider manually releasing the brakes during wheel lock, then reapplying the brakes in a repeated cycle in millisecond intervals to maintain control of a vehicle. Both are considered expert-level techniques.

The problem with threshold and cadence braking in normal road application is that available friction at any given moment varies greatly based on many factors: road surface, temperature, tire compound, and tire wear, to name a few. This makes the said braking techniques difficult to execute even in normal driving conditions, and almost impossible to accomplish in panic-braking situations.

Physics dictate that approximately 70% of a motorcycle’s total braking power comes from the front brake, and only 30% comes from the rear brake. But during panic braking, a rider may either fail to use the front brake, instantly giving up 70% of braking power, or instinctively apply excessive front braking, triggering a wheel lock. And when this happens, the wheel loses traction, causing the bike to slide or highside and often leaving the driver no time to react.

In response, vehicle manufacturers have started to equip their products with electronic aids, the most popular of which is the anti-lock braking system or ABS. It’s a form of electronic assistance that automatically modulates the braking and prevents wheel lock. The system allows the vehicle to stop within the shortest possible distance regardless of the rider’s brake input or the road condition.

Studies conducted on the effectiveness of ABS for motorcycles came to the conclusion that those with engine displacement above 250cc but without ABS are 37% more vulnerable to being involved in a fatal crash. Also, studies showed that 48% of fatal accidents involving motorbikes with 125cc engines could have been avoided with ABS.

How does ABS work?

ABS functions with the use of speed sensors mounted on the wheels. An ABS sensor is typically a perforated or toothed metal ring with a Hall effect sensor—a magnet enclosed within a coil that is used to measure the magnitude of a magnetic field—set at a precise distance.

The metal ring interacts with the Hall effect sensor, sending out definite electronic pulses that an on-board computer uses to accurately measure the speed of each particular wheel. When the system detects a difference in wheel speed during operation—thus indicating loss of traction—it modulates the brakes automatically using a series of hydraulic valves and pumps. These ABS pumps can apply corrections to braking forces from 10 to 35 times per second—a far cry from the one or two corrections per second a human can perform with manual cadence braking technique.

Manufacturers sometimes add their own twist to the ABS concept and implement the technology in different ways. Some examples are Honda’s Combined ABS, BMW’s i-ABS, and Moto Guzzi’s CBS, to name a few. The differences between brands create a wide variety in terms of design, maintenance, and operation between each motorcycle model.

In essence, however, these various systems’ individual proprietary technologies serve the same purpose, which is to minimize braking distance with minimal rider input during operation.

Antilock braking systems might seem complex, but they’re generally robust in design and are very reliable. Most ABS-equipped bikes have a designated warning light displayed on the instrument panel. Common ABS issues can be traced through two sources:

These pertain to the failure of an essential component in the system, most usually the ABS pump or the wheel sensors. Always ensure that your motorcycle’s brake fluid is fresh and uncontaminated by doing a brake-fluid flush at least annually to remove unwanted moisture buildup and prevent corrosion from destroying your ABS pump from the inside. Check the owner’s manual on how to properly perform maintenance on your brake units. Also, as the wheel speed sensors must be ferric metal to work, they are prone to corrosion. Check if the wheel speed sensors are in good condition and are rust-free. Finally, prolonged periods of storage and inactivity also contribute to ABS failures.

These issues stem from the ABS computer failing to receive the required signals from its individual sensors. Always ensure that the wheel sensors do not get damaged when you remove or install a new wheel. Before mounting a wheel back, always check if the ABS connectors are securely attached and bear no signs of corrosion.

While ABS is a technology born of high-performance needs, its importance in daily riding and street use is undeniable. This is a very sensitive and complicated system added to an already complicated machine, but the added safety it provides is strong proof that the technology is reliable, provided that the components are properly maintained.

Sad to say, there are still low-budget, entry-level motorcycles on the market that don’t come equipped with ABS. Do you think it’s about time the system becomes mandatory on all motorcycle models in the Philippines? 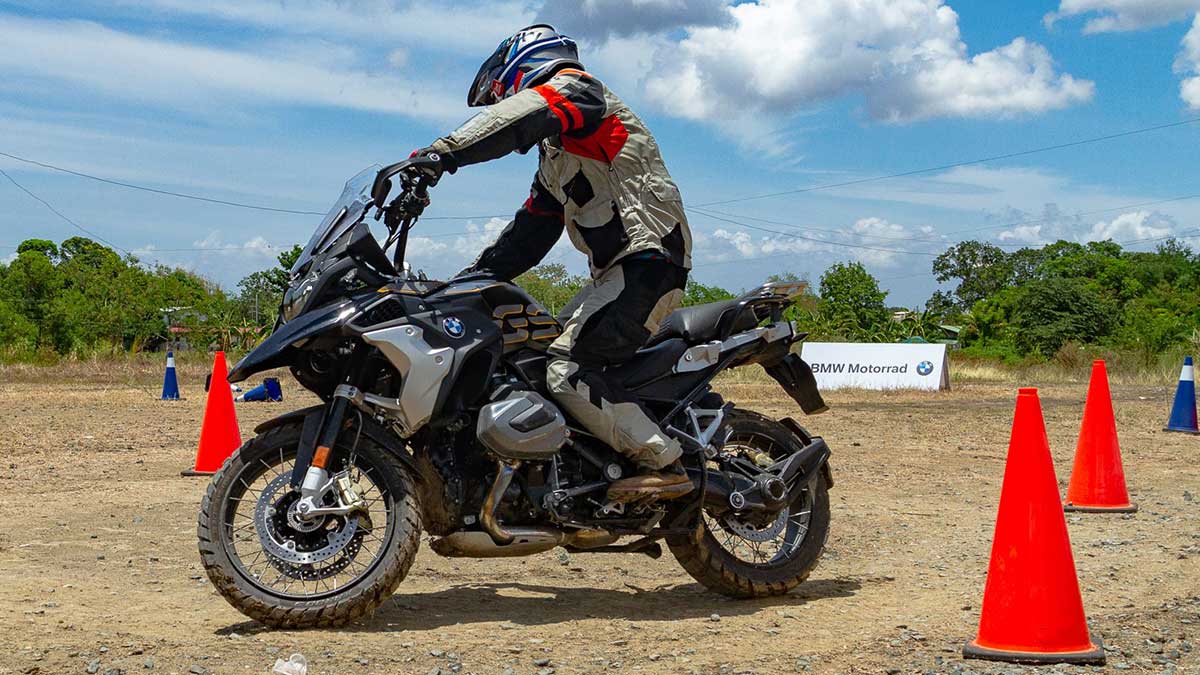 Search is on for PH bets in 2020 BMW Motorrad International GS Trophy
View other articles about:
Read the Story →
This article originally appeared on Topgear.com. Minor edits have been made by the TopGear.com.ph editors.
Share:
Retake this Poll
Quiz Results
Share:
Take this Quiz Again
TGP Rating:
/20