Yes, we know. It's going to take a hell of a lot to back up that headline considering Orlando Bloom used to date Katy Perry and was formerly married to Victoria's Secret Angel and Australian sweetheart Miranda Kerr. The Aussie supermodel has arguably the cutest dimples on this side of the hemisphere--yes, her dimples.

Orlando's new riding buddy though is on a whole different level of cute. Say hello to Mighty, the Lord of the Rings actor's fluffy pet pooch.

The dude can't go anywhere without him--this includes rides onboard his Husqvarna 1903 motorcycle, bike rides through the city, and off-road adventures in an old-school Land Rover. He even gets to chill with Orland on set during filming! This dog gets around, and man does he look adorable doing it.

Mighty has even been a Mercedes-Benz ambassador. Well, sort of: "oh lord won’t you let me drive a Mercedes-Benz all my friends are horses, I must make amends. #mbambassador #MBsummer #senseofhumor," one of Orlando's posts featuring Mighty reads. In it, the pup is behind the wheel of what appears to be a Benz SUV.

During rides, it looks like Mighty just sits snuggly inside Orlando's sling bag. Hopefully he's safe in there, because we'd hate for anything to happen to him. So, who would you rather have as a riding buddy? An Australian supermodel or a cute little furball like Mighty? 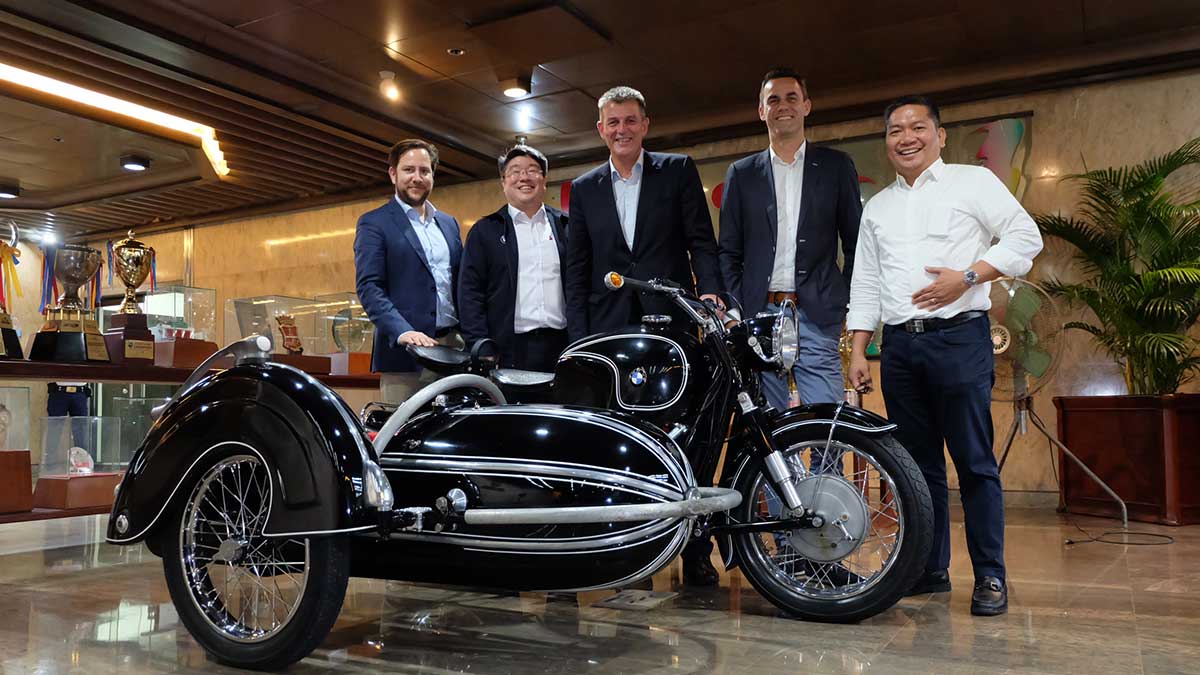 BMW Motorrad CEO shares his first encounter with San Miguel Beer
View other articles about:
Read the Story →
This article originally appeared on Topgear.com. Minor edits have been made by the TopGear.com.ph editors.
Share:
Retake this Poll
Quiz Results
Share:
Take this Quiz Again
TGP Rating:
/20