As a rider, do you use action cameras to monitor your daily rides? Motorcyclists often mount these compact and portable recording devices either on the top or on the side of their helmets, on the handle bar, or at the tail end of their motorbikes to serve as the two-wheel equivalent of dashcams. The purpose is either to improve their riding skills or to document possible accidents.

But action cameras, popularized by the GoPro units, come with pros and cons when used as motorcycle cameras. Of course, we prefer not to have any ‘cons’ in the things we use, particularly when road safety is involved.

While action cameras are high-tech devices that can record a rider’s daily routine, they’re oftentimes uncomfortable to use and pose a danger when used on helmets. Remember: Riders need to focus their eyes on the road and not on anything else they find interesting to record.

Let’s consider the weight factor: Mounting an action camera on a helmet puts at least 139g of additional weight on the rider’s head. Just imagine the strain this can cause on the neck during long hours of riding. This kind of helmet-mounted device, mostly measuring 3in x 3in x 2in, is also not exempted from wind drag which causes additional neck pains. They also make riders appear like extraterrestials because of the odd-looking gadget over their heads.

To address these problems, Zumi, a manufacturer of vehicle dashcams and body cameras, came up with a ‘moto cam’ product—a device exclusively designed for motorcyclists.

S&S Enterprise, the exclusive distributor of Zumi products in the Philippines, now offers the Moto 32, a neat-looking, easy-to-install and operate moto cam that might be an effective antidote against these neck pains.

The Moto 32 utilizes two tiny waterproof cameras for real-time viewing of the front and rear views. The images from the two cameras appear on the detachable two-inch LCD screen which is mounted on the motorbike’s handlebar. In my case, using double-sided tape, I attached the LCD screen on the topmost part of the front cowl (facing the rider), just beside the instrument panel so the images will be visible at all times.

The feed from the waterproof front and rear cameras appear in a split screen format on the Moto 32’s 6.5 x 5.8 x 3.35cm LCD display. The images are a bit smaller than those that appear on regular vehicle dashcams with bigger screens.

It’s also worth mentioning that one of the cameras has a built-in microphone.

I mounted the front camera under my Vespa’s headlights so that it moves with the steering direction, while the rear camera stays permanently above the taillight, almost unnoticeable to preying eyes.

One drawback of the Zumi moto cam is its long power supply cables that need to be buried under the motorcycle components to connect directly to the battery. In the case of my Vespa LX-S 150ie, the wiring was placed underneath the flooring cover from front to rear. The Moto 32 is directly connected to the battery so it removes the hassle of dismounting and mounting like what’s done on action cameras.

With other motorbikes, the tank and fairings must be dismantled first for the wires to find their way to the battery. We all want things neatly done, don’t we?

A 32GB memory card is capable of recording images for three hours. And when the memory is full, it automatically goes to a new recording loop. The previous recording disappears into oblivion, so if there was an incident on the road the rider needs to review, he must download the file manually to a computer in order to preserve the video.

S&S Enterprise offers customized units equipped with 128GB of memory. That’s more than enough for a whole day of recording.

When the motorcycle figures in an accident, the Moto 32 is not left with amnesia. Instead, its G-sensor automatically halts the recording and then saves the video footage.

Times are hard, so don’t give the thieves an opportunity to prey on the LCD display. Riders must always detach this unit and conveniently secure it in his pocket or bag.

Each Moto 32 kit is priced at P5,824 with a 12-month service warranty package (for parts and accessories). And when a factory defect arises within the one-month prescribed period, S&S Enterprises will replace the unit for free.

Are you ready to use the Zumi Moto 32 as your guardian angel on the road? 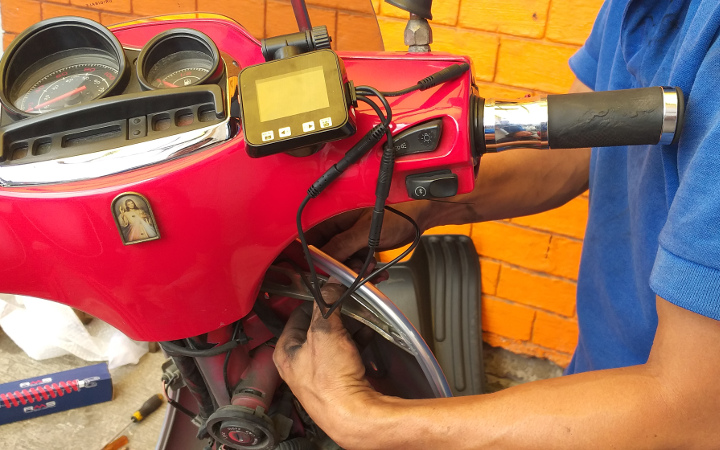 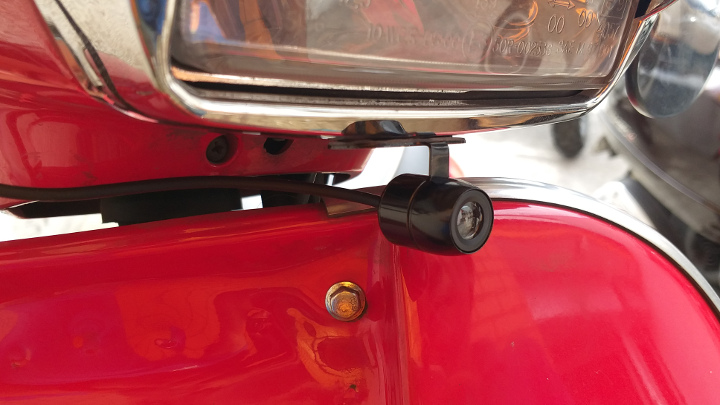 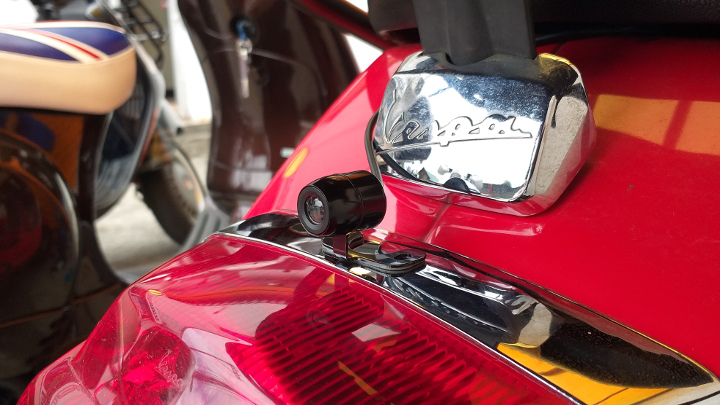 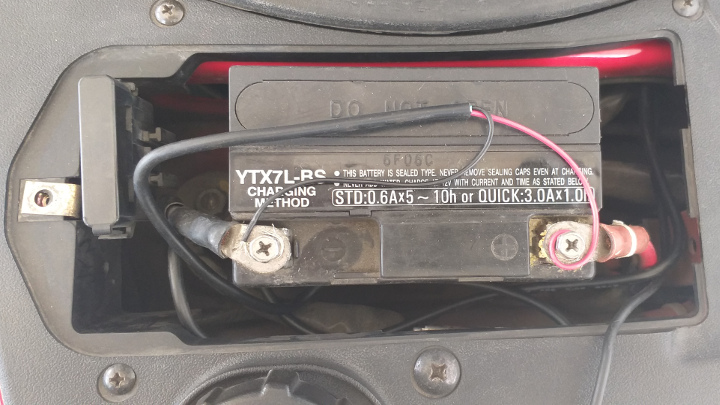 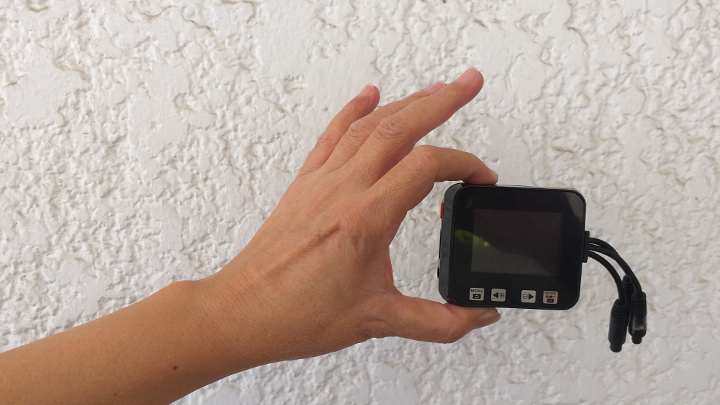 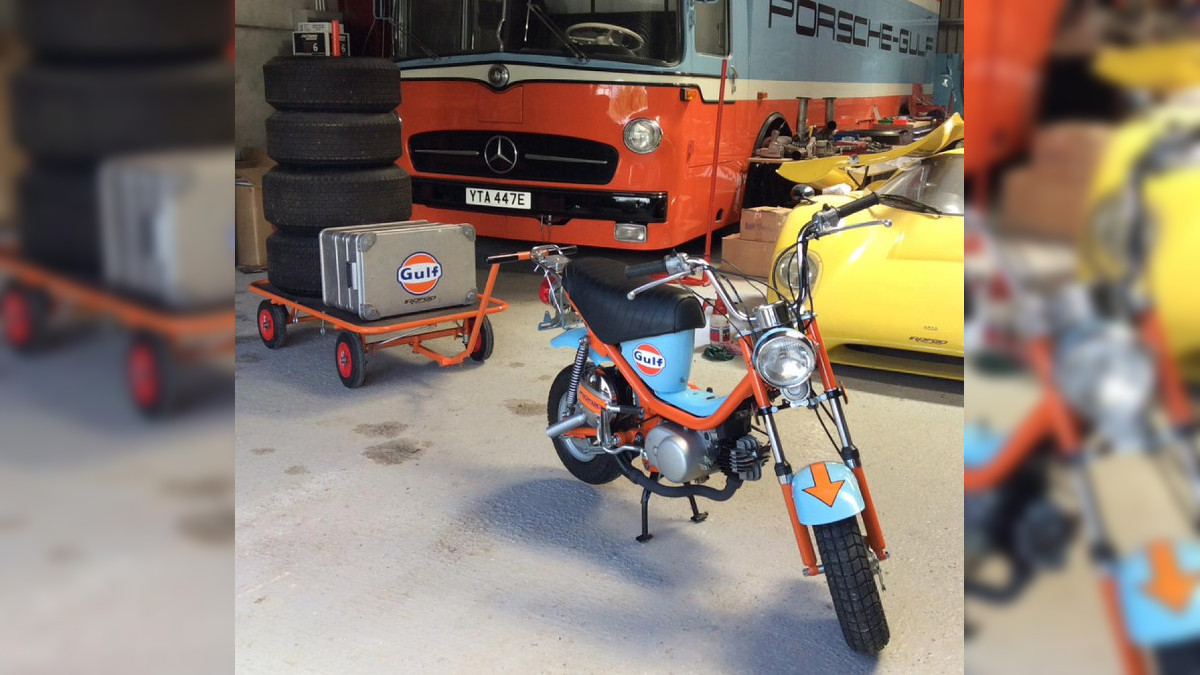 Who else is digging this Gulf-liveried Yamaha Chappy?
View other articles about:
Read the Story →
This article originally appeared on Topgear.com. Minor edits have been made by the TopGear.com.ph editors.
Share:
Retake this Poll
Quiz Results
Share:
Take this Quiz Again
TGP Rating:
/20