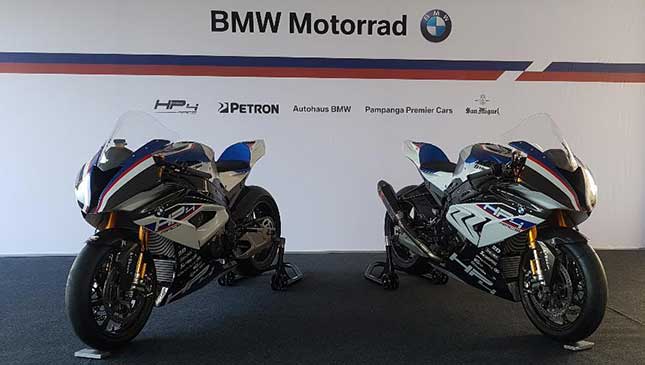 Almost a year after this Bavarian track beast made its way to different BMW Motorrad dealerships worldwide, it has finally landed on Philippine soil. Yes, folks, the BMW HP4 Race is here.

BMW Motorrad Philippines invited a select group of motorcycle racers and media to check out the two HP4s that were allocated to the local market. Only 750 of HP4s have been produced by BMW in Germany for performance-hungry riders worldwide. Each unit, which costs P5,800,000 , has a numbered plaque stamped just above the headset.

Gil Balderas, the director of BMW Motorrad Philippines, turned over one of the HP4s to the first buyer, Emil Banno. The lucky customer traveled to Valencia, Spain, last March to test this track beast. It was a case of love at first sight for Emil.

Racing coach Marc Wilson of the California Superbike School laid out the technical specifications of the HP4 to the media, before joining Emil on the tarmac to break-in the latter's newly-activated bike.

If you feel like you have the skill—and the bank account— to master the HP4,  there's one more unit left.

In the meantime, here are 11 jaw-dropping facts and mind-blowing stats about the BMW HP4 Race: 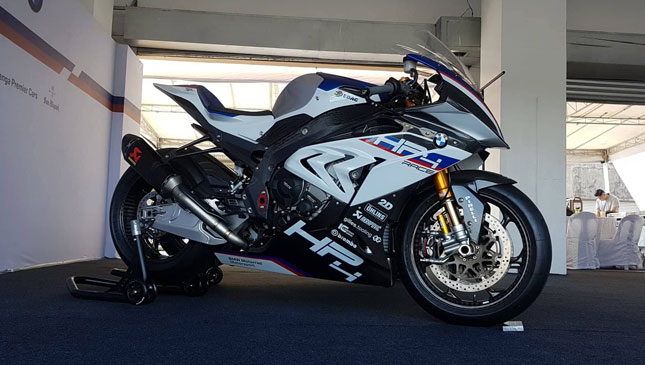 The first thing that’s going to hit you about the HP4 is that it's ultra-lightweight. With a dry weight of only 146kgs, this machine has almost the same weight as the KTM 390 Duke, a 400cc naked bike. 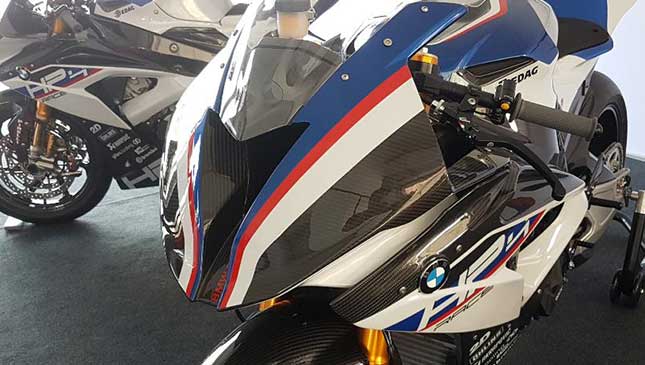 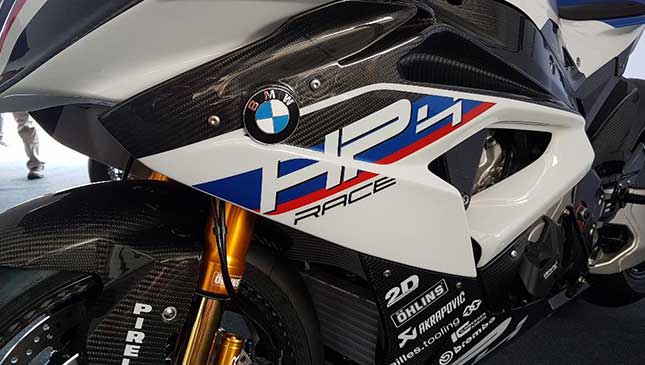 The HP4’s main frame is made of full carbon fiber which weighs only 17.2lbs. It's roughly 8.8lbs lighter than the S1000 RR’s aluminum structure, but doesn't compromise on strength and durability. These Germans are so innovative that they were able to make some areas of the frame flexible and others stiff, depending on the function of the attachments. 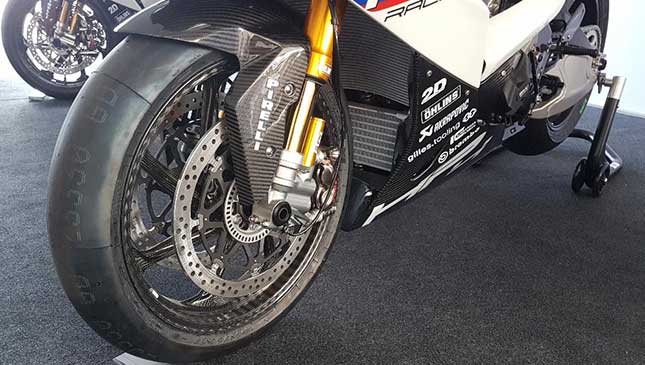 The carbon technology of the HP4 was handed down to its front and rear wheels. This makes them 30% lighter than the forged aluminum wheels. Theyr'e also more durable than the metal version. 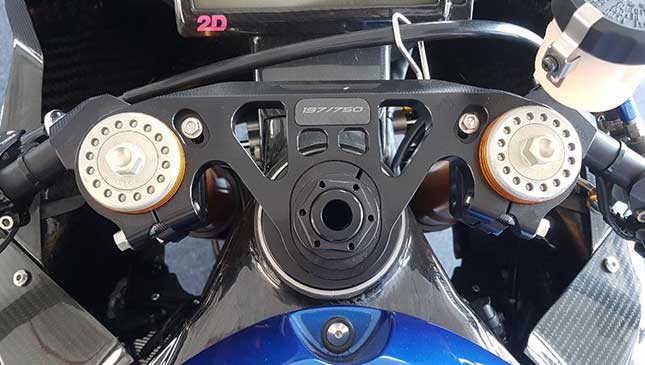 The powerful HP4 Race gets its stopping power from the Brembo GP4 RR monobloc calipers (nickel-plated) in front, and single-disc Brembo racing brakes at the rear. Both are fitted with titanium pistons that are light and easy to operate. 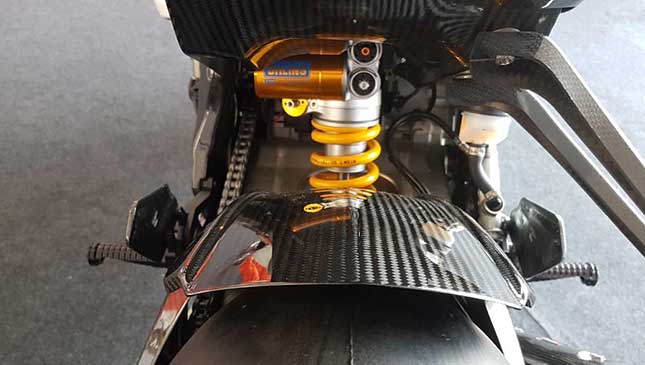 Derived from the World Superbike Championship experience, the suspension of the HP4 is composed of the Ohlins performance parts: The FGR 300 for the front fork, and TTX 36 single shock for the rear with adjustable knobs for compression and rebound. This setup keeps the rider in full control—whether you're braking hard or attacking corners at high speed. 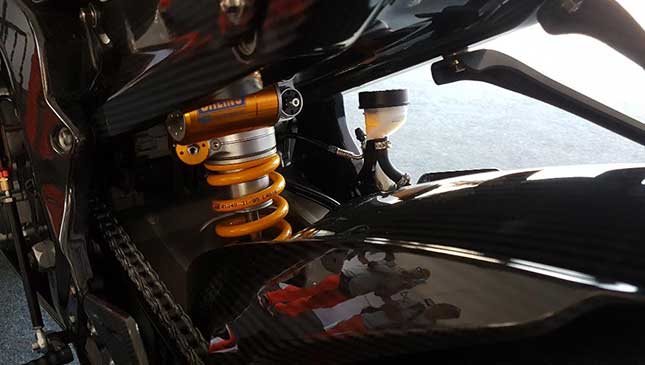 Depending on the track conditions and style of the rider, the BMW HP4 Race offers four riding modes: Dry 1, Dry 2, Rain, and Intermediate. Just ride on and the bike will correct itself on the tarmac. 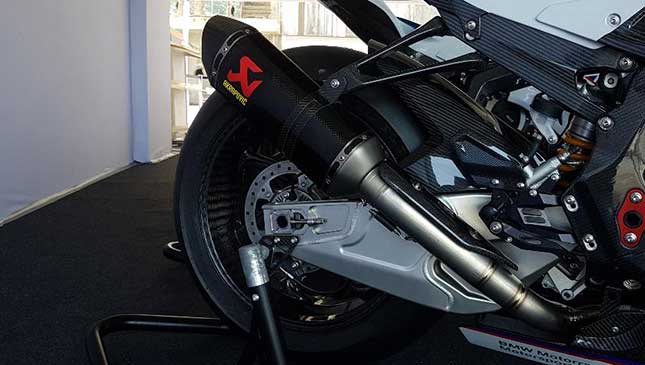 Using the color-coded buttons at the left and right handle grips, the rider can electronically tune the traction control, engine braking control, pit lane speed limiter, and launch control. And if you're not a fan of electronics, you can easily turn them off. 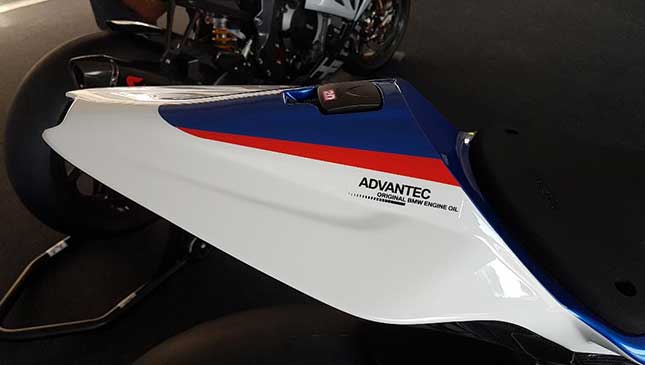 Given that the HP4’s seat height is 33in, a Pinoy with an average height of 5’5” would have problems balancing this bike. Since the BMW Motorrad engineers already had the Asian market in mind right from the start, they came up with a three-stage, height-adjustable frame. This allows the seat height to be adjusted between 33.3in and 32.1in. Thank heavens! 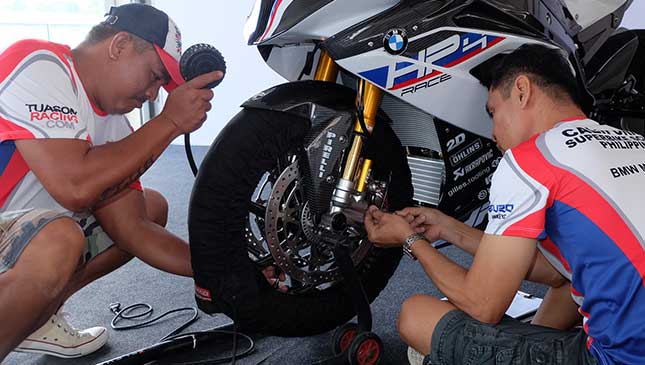 This will entail a lot of adjustment for first-timers. With the HP4, upshifting means stepping on the gear pedal while downshifting requires upward movement. It's the same shifting pattern used on MotoGP bikes. However, the rider will likely have fun with the double declutching quick shifter and auto blipper which ensure seamless gear changes. 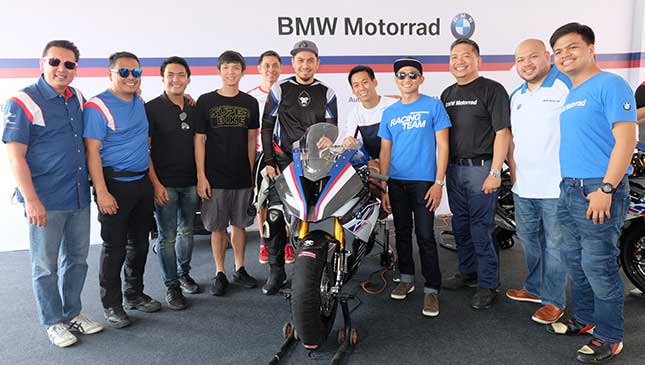 Designed for serious motorbike racing, the BMW HP4 Race is equipped with a 2D dash display and data logger that show the recorded lap times, number of laps completed, and status of other electronically operated settings. 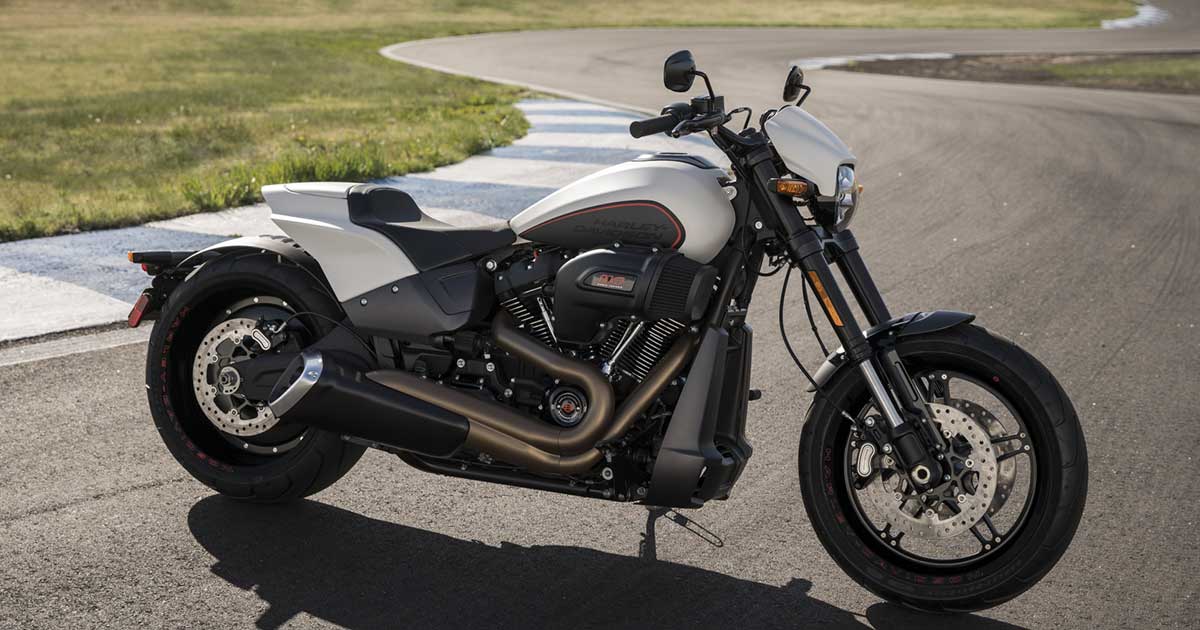 The Harley-Davidson FXDR 114 wants to take on the Ducati Diavel
View other articles about:
Read the Story →
This article originally appeared on Topgear.com. Minor edits have been made by the TopGear.com.ph editors.
Share:
Retake this Poll
Quiz Results
Share:
Take this Quiz Again
TGP Rating:
/20