Photos have been circulating online
by Leandre Grecia | Sep 16, 2019
MOTORCYCLE BRANDS IN THIS ARTICLE

Take note, scooter fans: Actual units of the Honda ADV 150 have landed on Philippine shores. Could we be finally be seeing its official launch in the local market soon?

If you follow Moto Sapiens regularly, then you might have read our previous story when Honda Motor Company launched this scooter at the Gaikindo Indonesia International Auto Show earlier this year. That launch was already a sign that we could be getting the same model here in the Philippines—the only question was when.

Now, we’re starting to believe that we actually have the answer to that question already. Last week, Honda Philippines (HPI) sent an invite for a launch of a new model this Saturday, September 21, but details of the actual unit were yet to be revealed. Then, earlier today, HPI uploaded a photo on social media of a certain motorbike’s silhouette, teasing us with what appears to be the ADV 150. You can check out the official Facebook post below:

Following that, Top Gear PH motorcycle editor Aris Ilagan notified us of the commotion within various motorbike groups on Viber and Facebook. Photos of units in the metal being unloaded on a port began circulating cyberspace. If you do a bit of digging online, you’ll easily find some the photos we're talking about.

And finally, different sources confirmed that yes, the rumors are indeed true. The ADV 150 is finally here and will be unveiled in a few days.

When the ADV 150 is launched in the Philippines this weekend, we’ll probably be getting the Indonesia-spec unit powered by a 149.3cc SOHC four-stroke, single-cylinder engine capable of 14.7hp and 13.8Nm of torque.

Stay tuned and watch this space for the launch event coverage, prices, and variants. Are you as excited as we are? 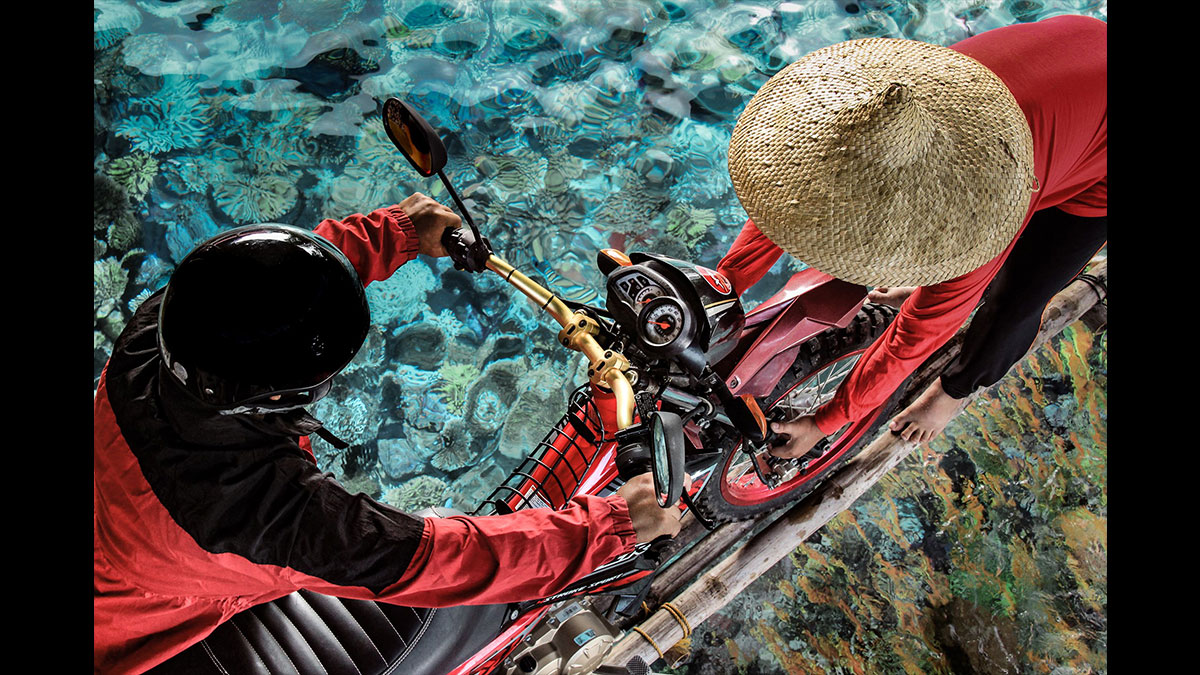 Look: The 6 winning photos from the ‘My Motorcycle, My World!’ contest
View other articles about:
Read the Story →
This article originally appeared on Topgear.com. Minor edits have been made by the TopGear.com.ph editors.
Share:
Retake this Poll
Quiz Results
Share:
Take this Quiz Again
TGP Rating:
/20