With an average annual sales growth of around 20%, the motorcycle industry has consistently left the automotive sector eating dust in recent years. As of March 2019, the Land Transportation Office (LTO) reported that the number of motor vehicles—cars and motorcycles combined—registered in its database has reached 26.33 million.

The number of registered motorcycles already reached 18.8 million, or a whopping 71% of the total motor vehicles (MV) in the country. Of the total figure, 15% of the registered MVs are utility vehicles, 8% are cars, 3% are SUVs, 3% are trucks, and the rest are categorized as ‘others.’

These figures were released by the LTO during its first consultative meeting for the Republic Act 11235 or the Motorcycle Crime Prevention Act. Leaders of riders’ clubs, motorcycle manufacturers, law enforcers, road safety advocates, and representatives of various government agencies were in attendance.

Before the consultation led by LTO chief Edgar Galvante, the agency unleashed a more shocking report.

The number of motorcycles with delinquent registration has ballooned to 12.28 million.

And here’s the breakdown as categorized by the LTO based on engine size:

(The engine size breakdown doesn’t add up. We’ll clarify this as soon as we can.)

A big bulk of these delinquent registrations apparently was a product of procrastination from the part of the motorcycle owners who sold or gave away their bikes, but ignored or delayed the process of ownership transfer.

Some even adopted a ‘wait and see’ attitude, holding on to their LTO documents while the debates on the ‘doble plaka’ law continue.

Under the newly-approved RA 11235, it is the responsibility of the motorcycle owner to register his bike with the LTO within five days from the date of acquisition. The owner must also report the any sale or disposition of his motorcycle to the LTO.

Violators face penalty of imprisonment ranging from arresto mayor (four months to four years) to prison correccional (six months to six years) as defined under the Revised Penal Code (RPC). Or the violator shall be made to pay a fine of no less than P20,000 up to P50,000—or both fine and jail term.

In the event that the motorcycle is not registered with the LTO and was used in the commission of a crime, the owner faces maximum punishment under the RPC or special penal laws. This would result in bigger penalties and longer jail terms.

This means the new owner needs to re-register his unit with the LTO before he can avail of the new license plates and to avoid the hefty penalties and jail time.

Presently, the penalty for driving without a valid or with an expired LTO registration is at P10,000. No imprisonment, period.

As the figures were shown on a wide screen, the riders were dumbfounded.

Until there is a clear and official announcement from Malacañang or Congress that RA 11235 had been suspended, we can only assume that this controversial law may take effect on June 2019.

So, what are you waiting for? Renew your motorbike’s registration now! 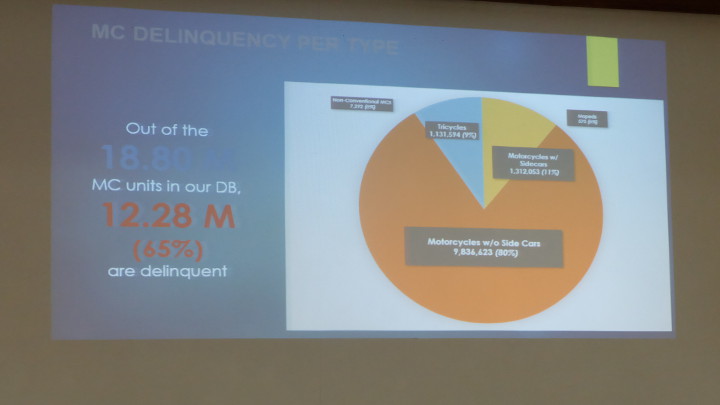 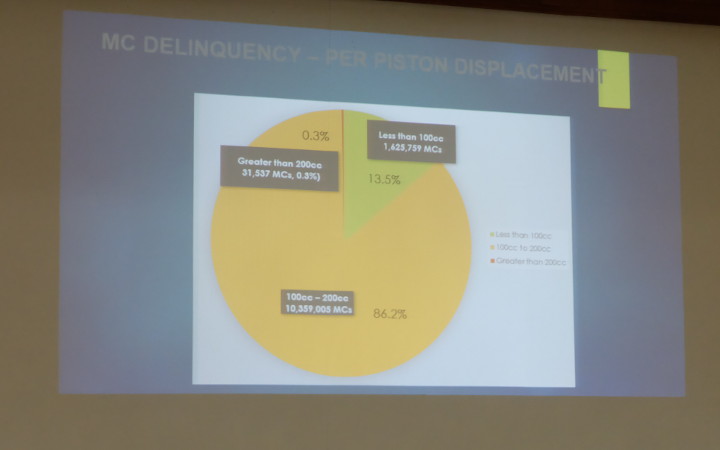 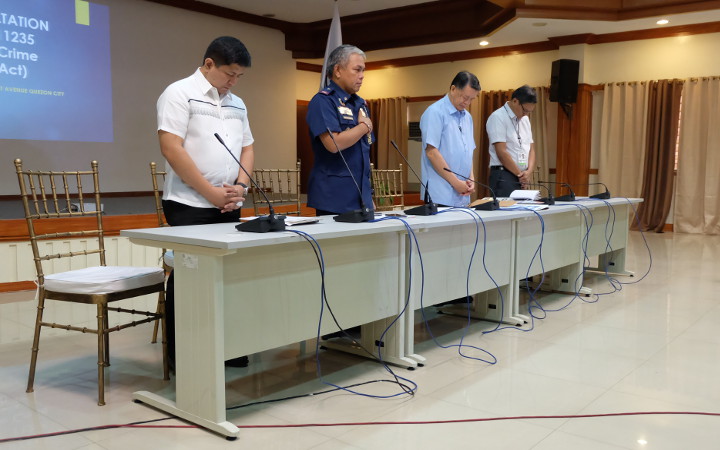 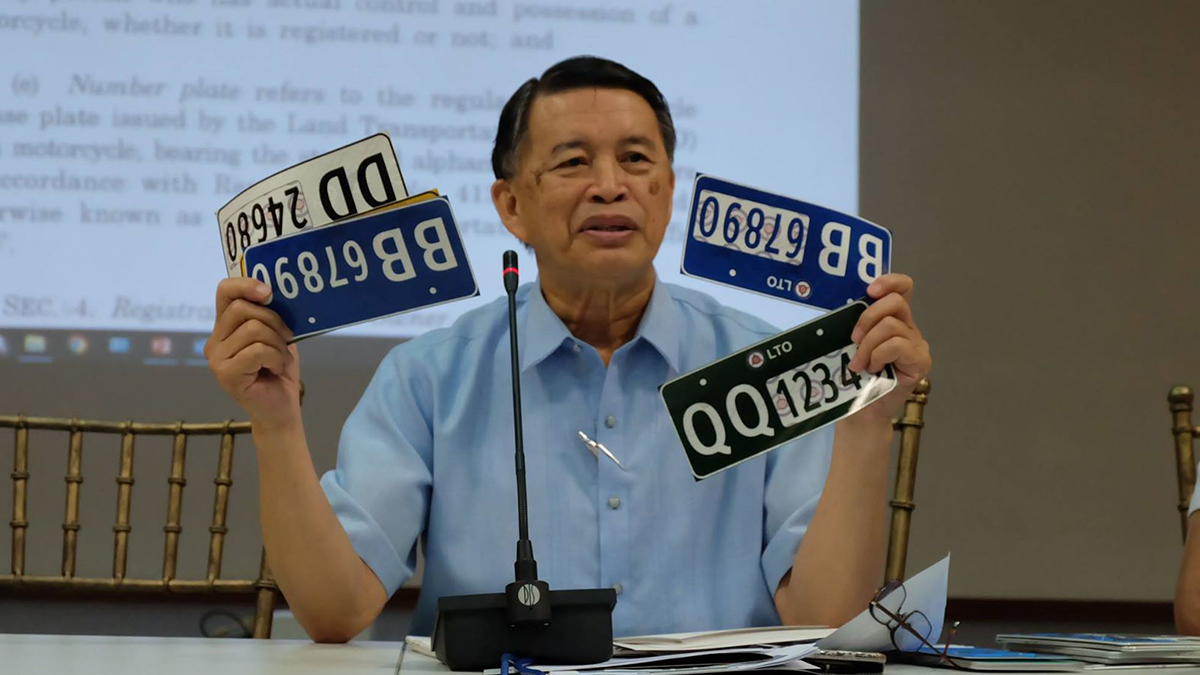 This could be what ‘doble plaka’ motorbike decals look like
View other articles about:
Recommended Videos
Read the Story →
This article originally appeared on Topgear.com. Minor edits have been made by the TopGear.com.ph editors.
Share:
Retake this Poll
Quiz Results
Share:
Take this Quiz Again
TGP Rating:
/20