Calls to exempt couples from backriding ban keep pouring in

A party-list solon is the latest to propose this to the IATF
by Aris Ilagan | Jun 8, 2020

It seems the pronouncement by President Rodrigo Duterte to uphold the ban on ‘backriding’ or pillion riding hasn’t been enough to put the issue to rest. In fact, more government officials are joining the bandwagon in pushing for its partial lifting

As recently as this morning, news footage posted on social media showed thousands of workers stranded on the streets for hours amid efforts of the government to provide free services in several critical areas.

Ong called on the national leadership to not turn a blind eye to the suffering of ordinary employees who find it difficult to get a ride due to the public transportation shortage. To safeguard riding couples from virus infection, the legislator echoed previous proposals to require the rider and the passenger to show a marriage certificate, a barangay certification that they live under one roof, and other identification cards to prove their relationship.

Ong is not the only leader looking for a solution to the ongoing transport crisis. Over the weekend, we featured a specially modified motorcycle that is equipped with a fabricated divider and separate handlebars mounted on two long posts. The design was presented by Governor Arthur Defensor Jr. from Iloilo, a province where habal-habal is a primary mode of transport.

What do you think, guys? Do these proposals stand a chance with the IATF and, more so, with Malacañang? 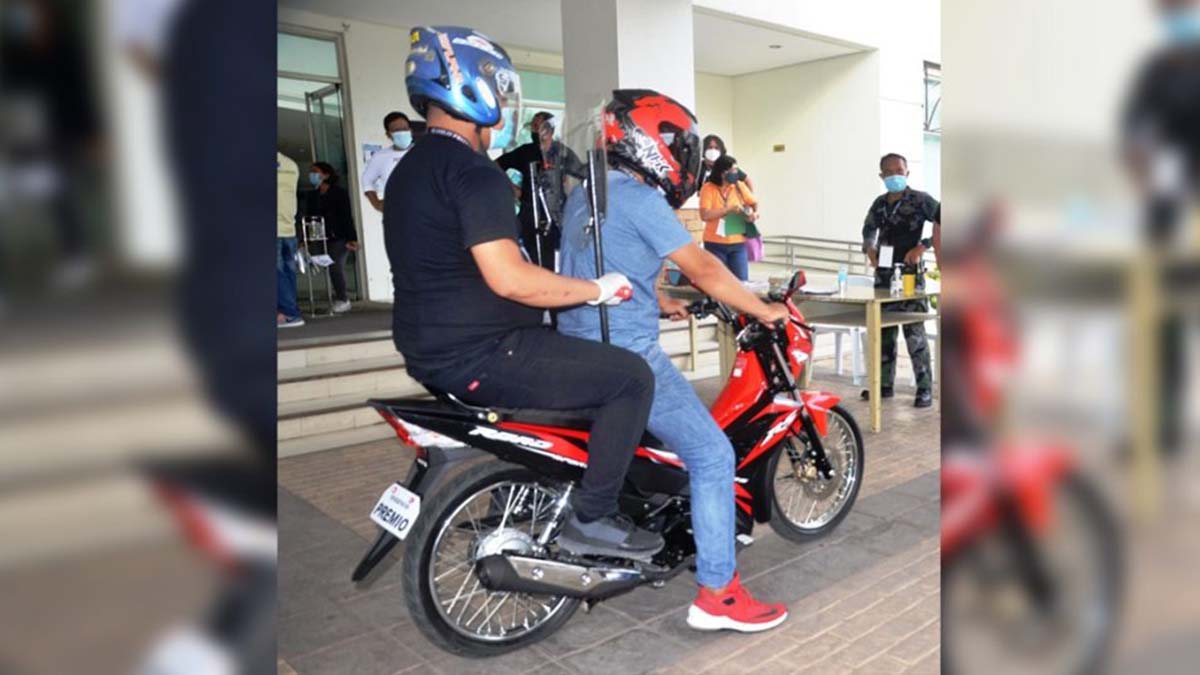 Modified for ‘social distancing,’ is this motorbike safe for road use?
View other articles about:
Read the Story →
This article originally appeared on Topgear.com. Minor edits have been made by the TopGear.com.ph editors.
Share:
Retake this Poll
Quiz Results
Share:
Take this Quiz Again
TGP Rating:
/20