Can this bike change the mindset of Pinoys when it comes to EVs?
by Aris Ilagan | Feb 17, 2020

Are Filipinos really ready for electric vehicles? Many countries are already embracing electric technology, and yet in this part of the world, we are still taking baby steps in this arena. That said, we’re always curious about EVs—particularly electric motorcycles.

Want proof? Mention the Harley-Davidson LiveWire, and many bike enthusiasts will have a lot to say about it. Harley-Davidson is a household name here, and a novel, revolutionary creation like the LiveWire won’t escape our attention.

But what is the LiveWire all about? More important, is it practical to own an electric—and pricey—motorbike like this in the Philippines?

Just recently, Moto Sapiens took part in the 2020 Harley-Davidson Triple S riding event staged in Andalusia, Spain. Day one was for the Fat Bob, the Street Bob, and the Low Rider S; Day two was alloted to the Heritage Classic 114 and the Sport Glide luxury cruisers. This was followed by a hill-climb challenge at La Cala de Mijas on a modified fleet of Street 750s, and a relaxing night city tour on Sporters—all custom-built by Sykes H-D in the UK—as a bonus.

But the most thrilling of all the rides happened in the last stretch: a one-hour ride of the LiveWire on the endless twisties of Antequera. Here’s how our LiveWire riding experience went. Read on: 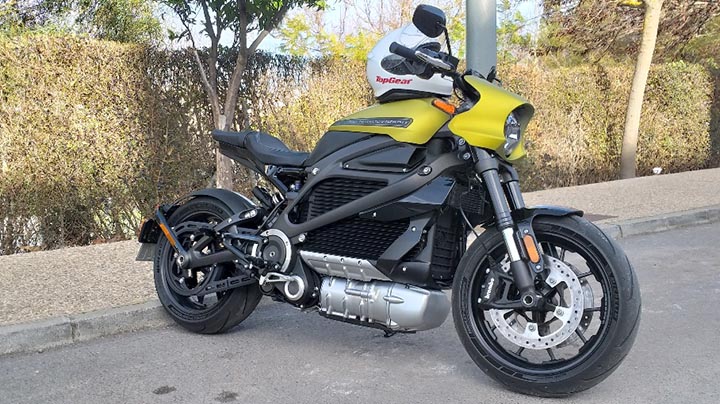 Meeting the LiveWire in the metal for the first time can be a jaw-dropping experience. Because of the proliferation of cheap, China-made models in our country, we always picture electric motorcycles as odd-looking commuters trying hard to pass off their designs as futuristic.

The LiveWire follows the design language of Harley-Davidson. It preserves the standard/naked features: upright riding position, no plastic fairings, and no windscreen, among others. To look even more traditional, it boasts wide handlebars, a round LED headlamp, and even a teardrop-shaped tank with the charging port hidden underneath.

Given its no-nonsense styling and sport-naked stance, this electric-powered machine is an instant hit. 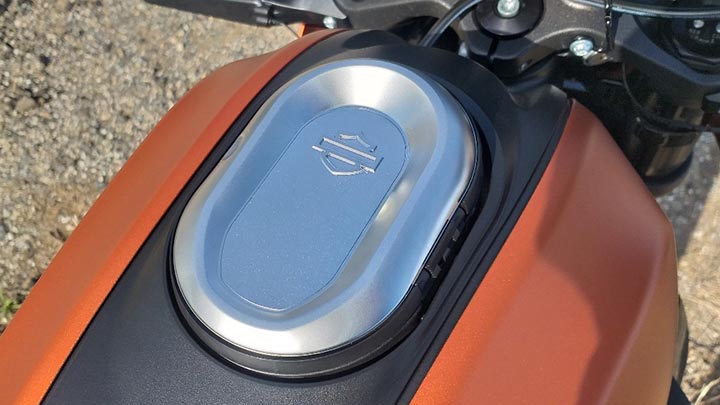 Owing to the LiveWire’s 30.7-inch seat height, throwing a leg over this bike is swift and easy even for a rider of average height. The saddle is a bit narrow but amply cushioned, allowing you to clip the ‘tank’ with your legs for optimized bike control. In case you still struggle with the standard seat, a perch that’s one inch lower is available as an accessory.

The wide handlebars and the slightly-rearward foot pegs provide an aggressive riding position, highlighting the real traits of a sport-naked. With a curb weight of 249kg (549lb), this bottom-heavy bike is easy to keep upright and balanced.

Starting up the motor requires its own unique method: You rely on a pair of vertical light bars on the dashboard; they flash yellow (standby), and then green (ready to go). A 4.3-inch TFT touchscreen dash with a big, colorful H-D logo welcomes you once you have the LiveWire powered up. The instrument cluster offers excellent readouts of the odometer, the dual trip meter, the digital clock, and the ‘raise side stand’ alert. The speedometer display comes to life in analog style at the flick of a button. No tach here, since this is a single-speed e-bike. 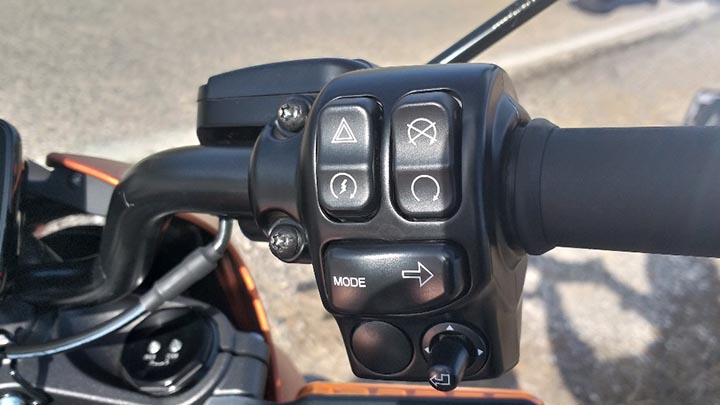 I have ridden all sorts of motorbikes in my long years as a motoring journalist. At this point, I would say riding the LiveWire gave me an entirely different experience from anything I’ve ever ridden before.

It has no clutch, no gearbox. At no point during the ride did I feel any vibration emanating from the bike. We took off from the Antequera Hotel at low speed as we familiarized ourselves with the controls and the features; on the faster trip back, all we could hear was the soft whine of the motor and the wind blowing through our helmets. There was no such thing as engine heat.

The mountain roads of Antequera pose a real challenge to visiting riders with its unforgiving slopes and tight turns. There, the LiveWire’s 116Nm of torque proved quite potent. Power is rated at 105hp (78kW).

After gaining confidence on the bike, we felt like it was demanding a bit more aggression. On clear stretches, we squeezed the throttle to its fullest extent, and the LiveWire remained stable even at 130kph despite a strong crosswind. Claimed top speed is 160kph. 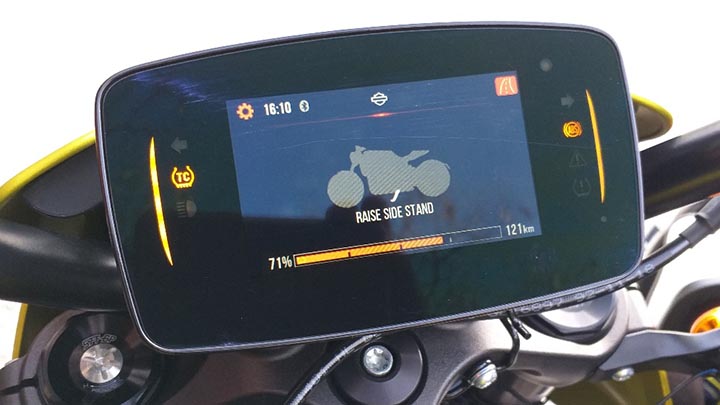 With the configuration of a sport-naked bike that’s fully-equipped with modern electronic rider aids, the LiveWire is truly at home on the mountain roads of Antequera and Malaga. Thanks to a six-axis Bosch IMU that manages traction control and cornering ABS, rear-wheel lift mitigation, and drag-torque slip control, you get full ammunition to attack corners with confidence.

To complement the rider aids mentioned above, the Showa Separate Function Front Fork–Big Piston (SFF-BP) and the Showa Balanced Free Rear Cushion-lite (BFRC-lite) monoshock rear suspension keep you in full control of the bike, either during cornering or hard braking. Stopping power is provided by radial-mount Brembo monoblock front calipers with steel braided brake lines, while the rear is equipped with dual-piston calipers.

The LiveWire has four riding modes: Sport, Rain, Road, and Range (with other options). All these electronic features make the bike enjoyable in various riding conditions. 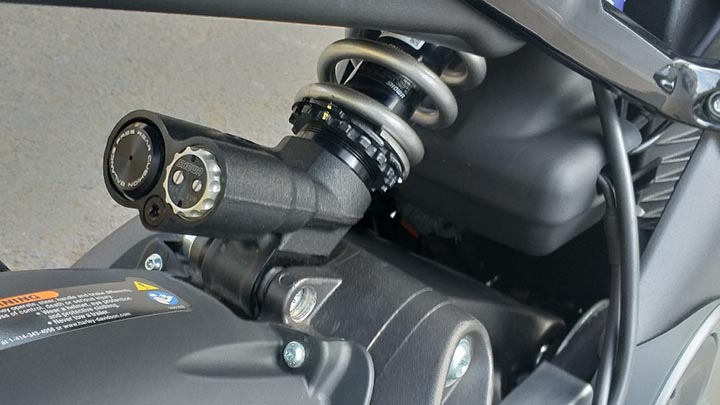 As we all know, the very core of the Harley-Davidson LiveWire lies in its technologically advanced electric motor. Lithium-ion battery cells encased in cast-aluminum power up the LiveWire to a claimed 235km of combined city and highway riding (in eco mode). When you’re hot on the throttle, the minimum range is reduced to 158km.

Through the DC fast-charge system at Harley-Davidson charging stations, powering up the battery from zero to 100% takes about an hour. But when using the Level 1 charging cable method via a 120-volt household outlet, the process may take a whopping 12.5 hours. In the US, where the LiveWire is already available, owners enjoy free unlimited charging for two years. Also, the battery is projected to last at least 10 years. 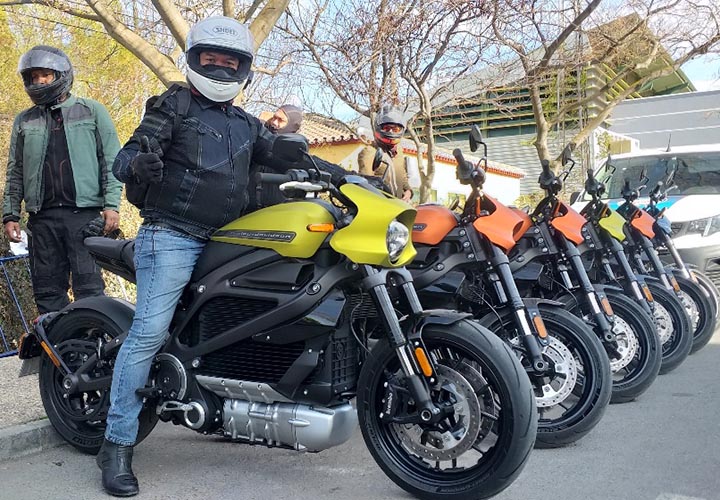 Whether you’re ready or not for electric vehicles, you’ll still find the Harley-Davidson LiveWire enticing.

Amazingly, Wheeltek, one of the country’s biggest motorcycle dealerships, attempted to order five LiveWire units during the recent H-D dealership meeting. Yes, that’s five units. But while the company is very much eager to bring in this model, there are still many issues—particularly with regard to the charging stations, which will take at least six months to set up.

Despite these obstacles, we are thankful that Harley-Davidson gave Moto Sapiens the chance to ride the LiveWire to prepare us for the coming of electric vehicles. And when that time comes, we’re pretty sure the LiveWire will be a big hit. 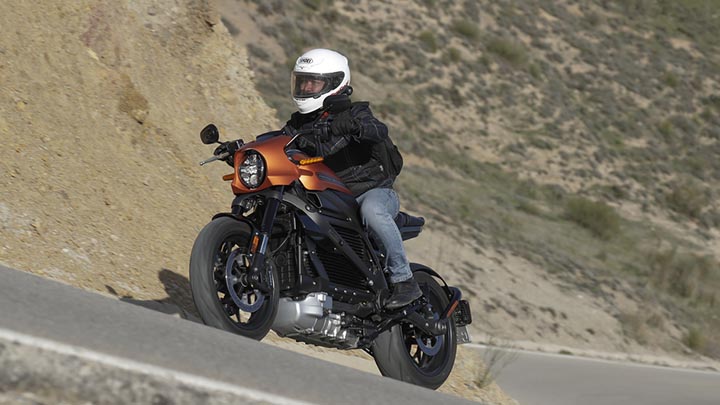 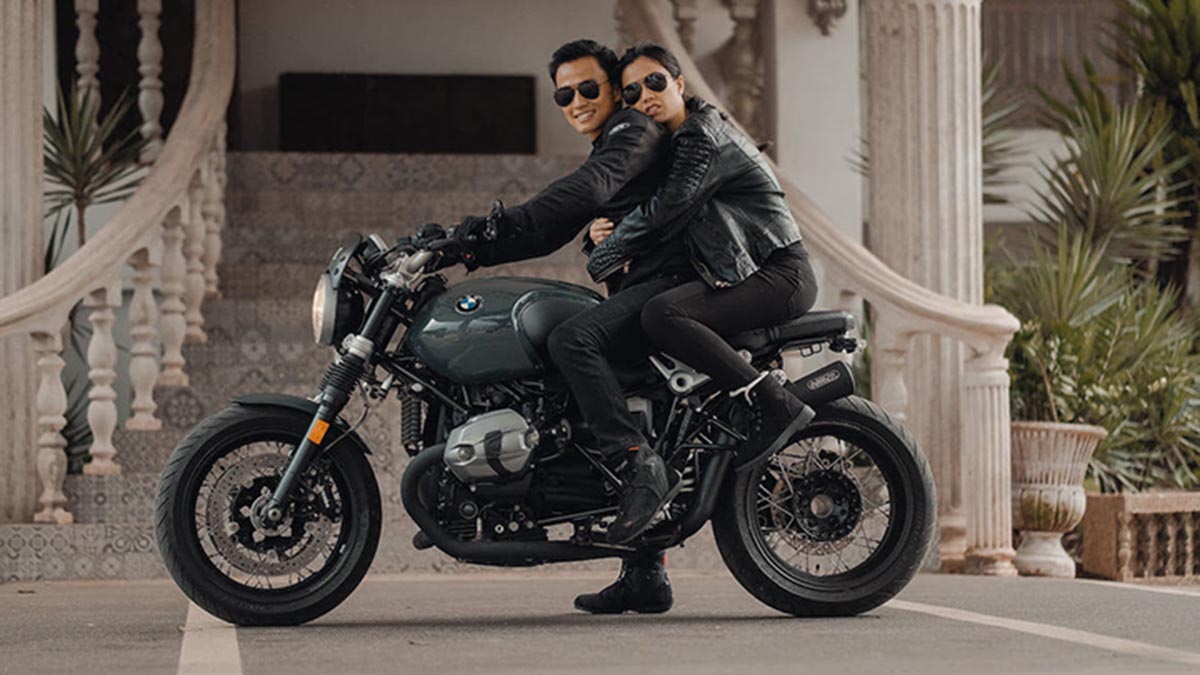 These couples say ‘I do’ to life shared on motorbikes
View other articles about:
Recommended Videos
Read the Story →
This article originally appeared on Topgear.com. Minor edits have been made by the TopGear.com.ph editors.
Share:
Retake this Poll
Quiz Results
Share:
Take this Quiz Again
TGP Rating:
/20