Bosch Philippines' auto-parts and services business up by 27% 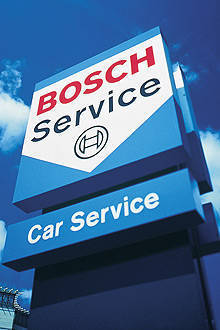 Bosch Philippines' automotive parts and services business echoed the sales growth of the Philippine car industry with its expanded portfolio in 2010.

The company closed 2010 with a 27-percent growth driven by products designed "to better serve a greater number of motorists, including those with diesel and commercial vehicles, which account for a third of the local market."

Bosch-branded service stations also reached over 60 nationwide. Bosch Service stations are a network of independent workshops across the country that carry the brand's latest products and have passed the stringent quality standards of the German company to be allowed to carry its name. Bosch Philippines plans to establish a Bosch Service workshop in every key city in the Philippines.

Could Bosch's 27-percent growth be artificial as it was driven only by the damage left by Ondoy? Hong admitted he initially assumed the same thing.

"But nearly a year after Ondoy, we were still registering almost the same number of sales as shortly after Ondoy when normally at that time you would expect sales to taper off since most of the damaged cars have already been serviced. Yes, Ondoy may have initially been a factor but our recent sales figure says otherwise," Hong added.

Globally, the Bosch Group generated sales of €47.3 billion, 24 percent more than the sales in 2009. This was also the highest level of annual sales the company posted in its 125-year history. In Asia Pacific, Bosch sales registered at €11 billion with a 43-percent growth. This represents 23 percent of the Bosch Group's sales, making it the second most important region for sales after Europe. In the Philippines, its automotive aftermarket and power tools business divisions saw Bosch Philippines grow by 23 percent by generating sales of €16 million last year.

Petron supports UN drive to make roads safer by 2020
View other articles about:
Read the Story →
This article originally appeared on Topgear.com. Minor edits have been made by the TopGear.com.ph editors.
Share:
Retake this Poll
Quiz Results
Share:
Take this Quiz Again
TGP Rating:
/20