All-new Kia Sportage to be revealed next month

See the concept sketches
by Dinzo Tabamo | Aug 18, 2015
CAR BRANDS IN THIS ARTICLE

When we think of Kia, we sometimes wonder why it’s not doing as well as Hyundai in our market. Its cars are at least equally good-looking--maybe more so if we look at the recently launched Sorento and Grand Carnival. Clearly, the brand deserves a better push locally.

Next month, Kia will reveal the all-new Sportage at the Frankfurt International Motor Show, and we hope it gets the shot it deserves. The outgoing Kia compact SUV was something we were fond of. It was not an exciting drive, especially with the powertrain sold in our market. But it had a solid, almost Teutonic, look that was pleasing to look at. And it felt well-built, reaffirming our belief that doubts about Korean build quality are largely irrelevant these days.

According to the details given by Kia, the next Sportage will have a bold, progressive design, and "exude power and agility from every angle." The PR material also mentioned precise feature lines and dramatically sculpted bodywork. Given these descriptions, we assume and hope that the Sportage will have a clean and confident look like the new Sorento.

The concept images released are certainly promising. The grille echoes the face of the new Forte models, while the wheels look like a more radical version of the ones fitted to the current Sportage.

Inside, the new Sportage will reportedly have a modern look using rich materials to create Kia’s highest-quality cabin to date. We remember the current Sportage having a nice interior, but the feel of the plastic and fabrics left something to be desired. We look forward to seeing if the new one’s passenger area takes a leap forward.

The compact SUV segment is one of the most lucrative, as well as one of the most competitive. With our roads, people will always want a taller vehicle for better defense against potholes and floods. If Kia pulls this off and gives us a handsome vehicle with a classy interior, it will have a winner. All it needs to do is sell the model properly. 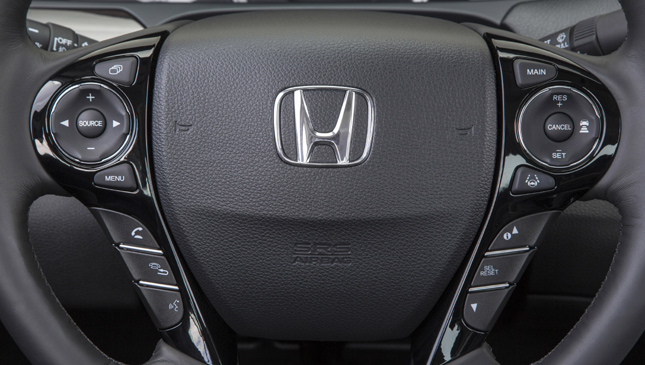 Honda PH recalling cars as preventive measure to possible airbag defect
View other articles about:
Read the Story →
This article originally appeared on Topgear.com. Minor edits have been made by the TopGear.com.ph editors.
Share:
Retake this Poll
Quiz Results
Share:
Take this Quiz Again
TGP Rating:
/20