Squint beyond the concept-car flourishes and you’ll see that this is the autonomous, electric BMW crossover for the road ahead. The production version, BMW says, will happen in 2021.

They’re calling this “your favorite space.” A bit of a swerve from “the ultimate driving machine,” eh? It’s all about the cabin, the cocoon. Most of all, about the way autonomous and connected travel should give you the most precious luxury of all: more time.

As we’ll see, BMW’s claims of fully autonomous capability aren’t for all roads all the time, not in 2021. Even so, given it’ll be competent enough to take over on highway stretches or busy suburban arterials, it seems likely that this self-driving crossover could indeed net you a whole lot of new me-time. Or us-time with your passengers. 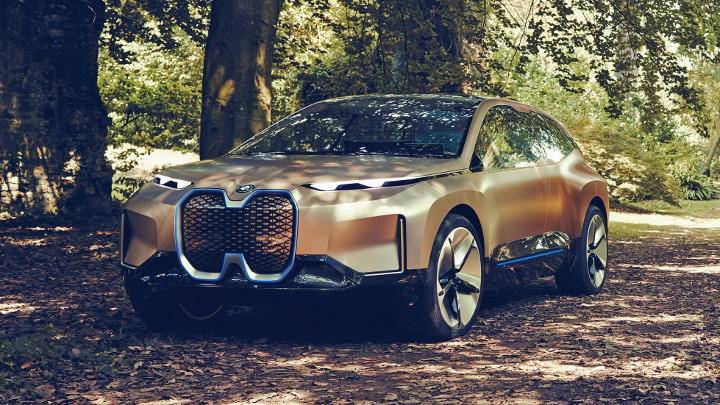 BMW i design chief Domagoj Dukec stresses, “Technology must be a human experience. Design enables this. It’s a human necessity to have a favorite space. This car can drive autonomously so you must trust the technology.”

“It’s bold, but the simple surfaces and fading paint [coppery at the front, rose-gold behind] make it gentle. With the thin pillars, it’s like a tree-house on wheels.” Well. that sure makes a change from the usual “looks like it’s moving when it’s standing still” car-designer cliches.

At the front, the double-kidney grille is enormous, and its two halves are siamesed together. So not a double-kidney...and not actually a grille. Electric cars don’t need so much cooling, but they do need low-drag surfaces. So, it’s a smooth panel. This car also needs a big, clean surface through which it can aim the beams and sensors for autonomous driving. There’s the new job-description for the ‘grille.’ 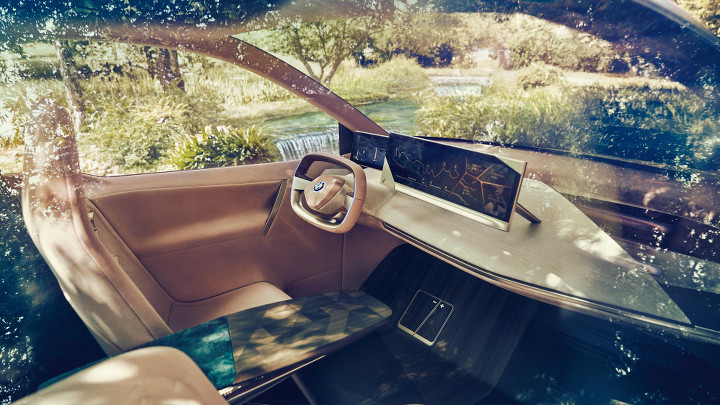 Inside, says Dukec, “different rooms have different characters, like home.” So the front is a buff suede, the rear a blue woven jacquard. The seats curve unbroken into the doors.

Technology washes around the whole cabin, but its controls don’t impinge on the louche look of the furniture. Strictly no knobs or buttons, then—the interfaces are hidden. And they’ve a fab new coinage for that: “shy-tech.”

As with other recent BMW concepts, the iNext gives the person at the wheel, the part-time driver, a choice of two modes. ‘Ease’ is the autonomous one. The steering wheel and the pedals retract, and the dash screens are given over to entertainment. The head restraints fold to promote conversation between the front and back. Switch to ‘Boost’ and the wheel and the pedals come back out.

Klaus Fröhlich, BMW’s head of R&D, says DIY driving will always matter in this as in all the firm’s cars: “The driver-oriented interior is still at its center. We invented that.” Either way, the electric drive serves up a range of around 640km. Come to think of it, probably the human, by having more fun, would go less far. 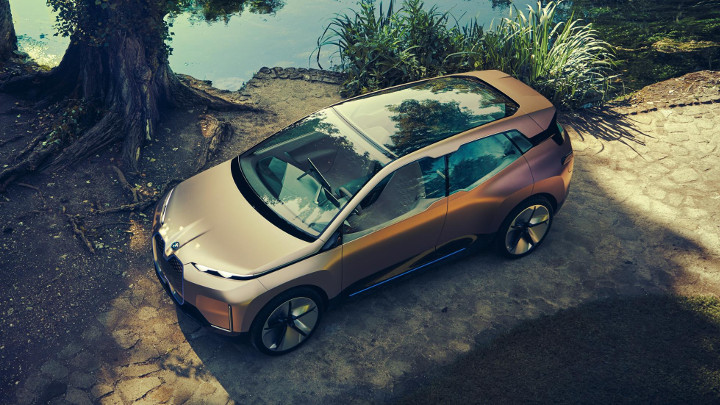 The possibility of fully autonomous driving proves slippery. Fröhlich tells Top Gear that his firm will have developed the sensors and processing capacity to make it technically possible for self-driving in most places by 2021.

Already, there are some routes in Germany where autonomous BMWs travel daily. Going to new routes needs mapping. “The high-definition maps are not a problem,” says Fröhlich, pointing out that BMW has a stake in mapping company HERE. “But you also need a real-time map from swarm intelligence.” In other words, cars must start to let each other know via the cloud every small obstacle on the road, as they crop up.

He says hands-off highway driving is already legal in the US and China. Current BMWs will do that, and the upgraded system being introduced in several BMWs soon, he claims, will be “much, much better.”

But he acknowledges that city driving is different, not just because of legislation but also with regard to the degree of autonomy that’s allowed. In cities, self-driving cars have to dice it with normal vehicles, and two-wheelers and walkers and animals and skateboarders and what-have-you. “An autonomous car must itself be predictable,” says Fröhlich. 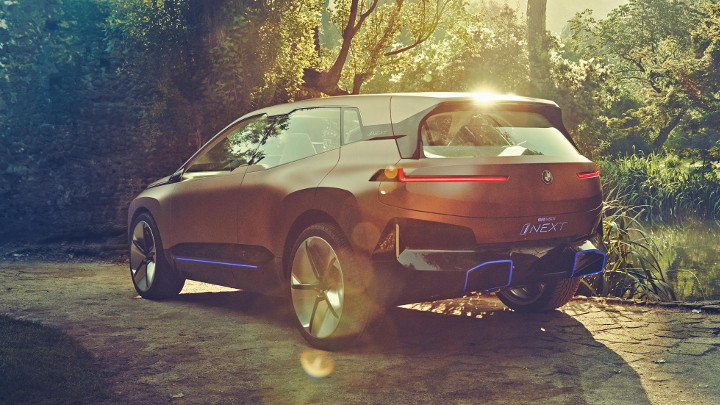 But it also has to avoid being too timid: “If the car always just stops [when it sees a pedestrian or other potential obstacle], then other cars will crash into it.” That won’t be such a problem in new Chinese cities, or some US ones, because vehicles are effectively separated from walkers and cyclists. “You don’t need all this computing power to calculate the trajectories of all those pedestrians,”Fröhlich adds.

Non-vehicular traffic isn’t the only issue: “Also, the system must work in the rain. The sensors must not ice up. And often you can only drive onward if you break some rules.” As other autonomous driving engineers do, he mentions the problem of having to cross a solid line to get around a set of road works.

He is clear on one question that often crops up around the self-driving car: Who’s fault will it be when it does crash? The person in the driving seat, or the car manufacturer? “The responsibility, legally, is with the carmaker,” he says.

Which is another reason he says they must eventually cooperate over the software and protocols, although he adds that the Vision iNext is BMW’s own effort. 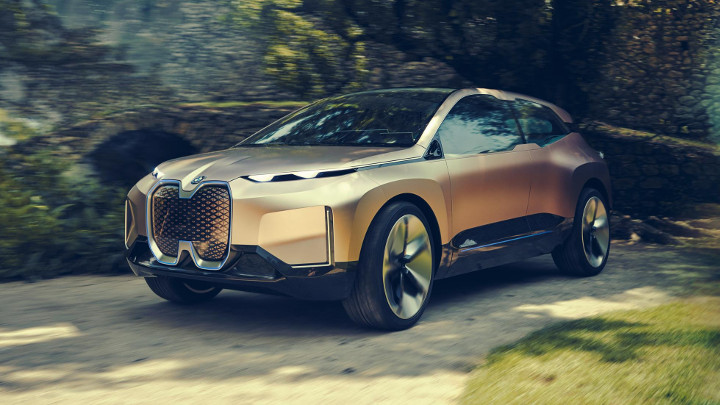 You’ve got legal issues, insurance issues, and simple traffic issues all to be overcome. In Europe’s historic cities, Fröhlich says it’s obviously going to be after 2021 when we see a fully self-driving BMW carrying the public. He won’t give a firm date. But he does tell Top Gear it’s actually “very soon.”

Why? Because while lawmakers in Europe have been slow to allow autonomous cars so far, Fröhlich says that will change when they see the advantages: “If cities can solve their problems—congestion, pollution, accidents—using my car, of course they will allow it.” 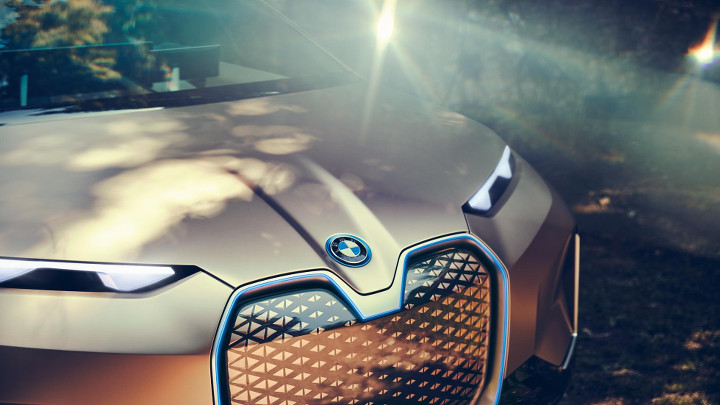 Seems a bit late, doesn’t it?

Of course, BMW’s rivals will have had their purpose-built electric crossovers on the market for some years. BMW had a strong early position with the i3. Has it blown that? 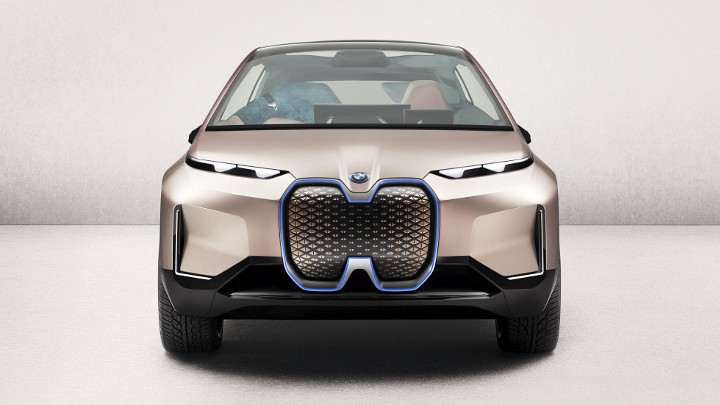 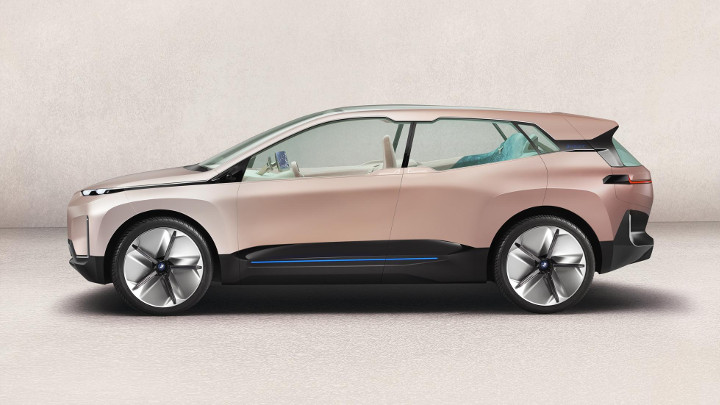 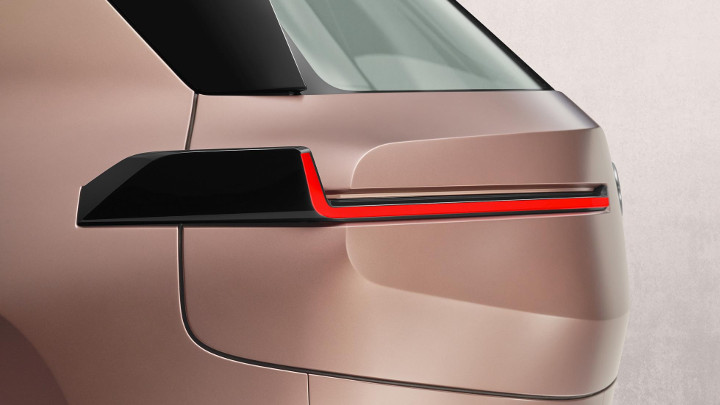 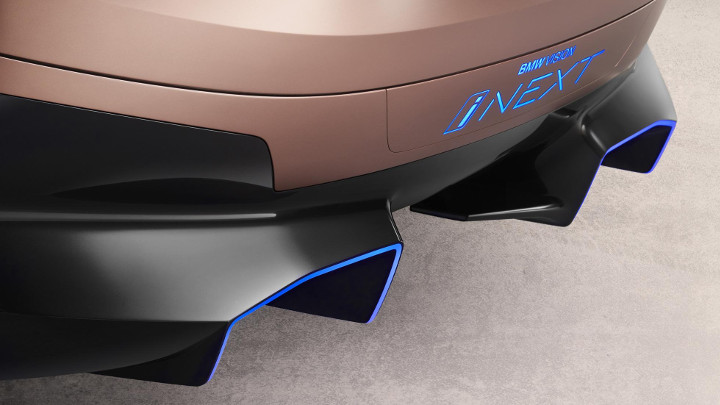 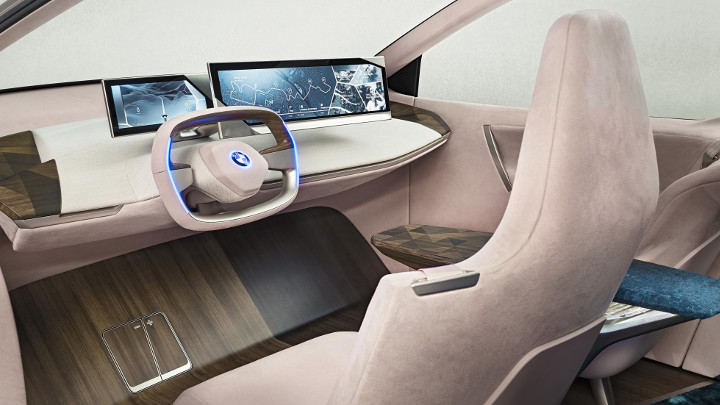 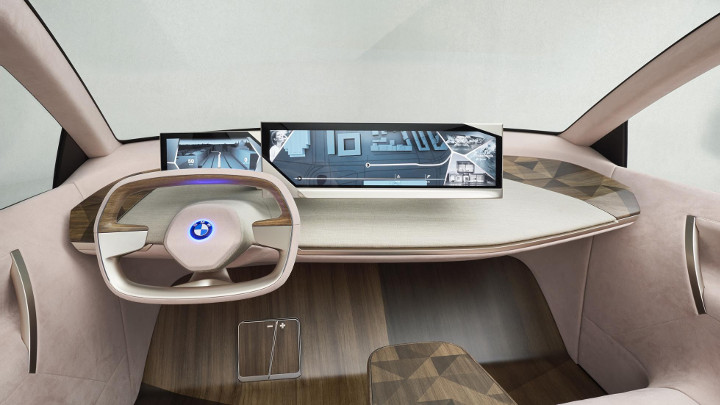 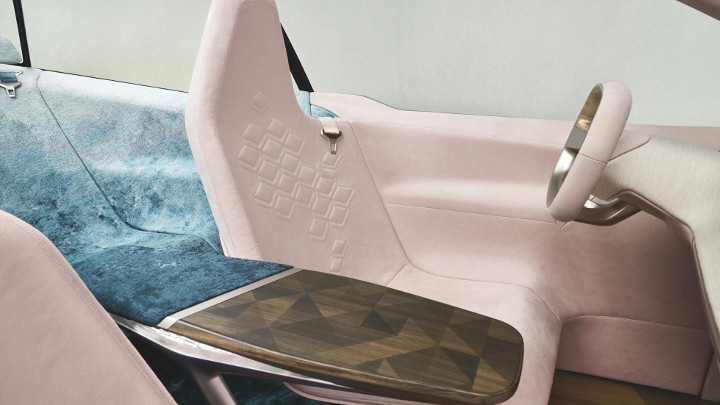 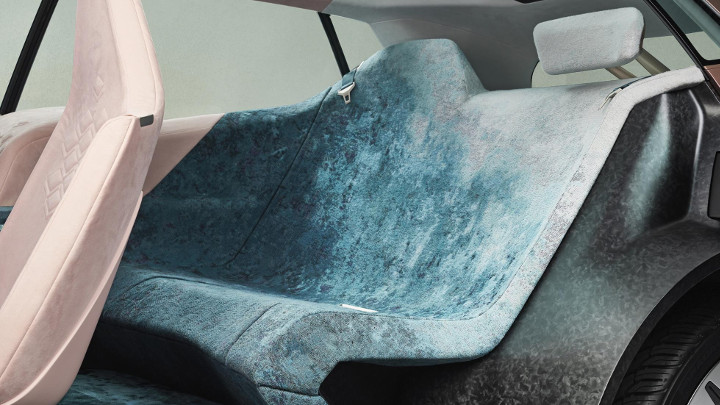 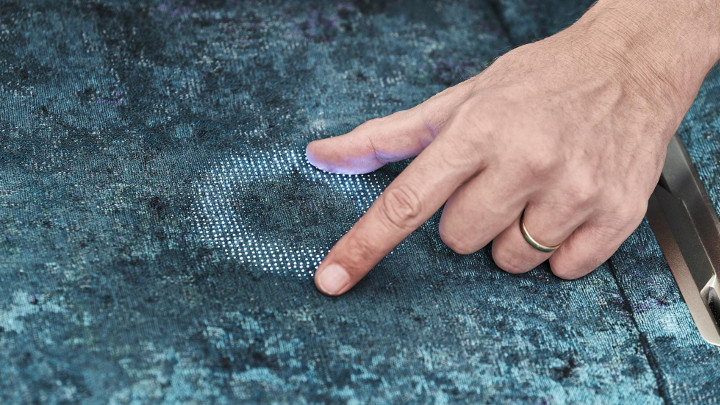 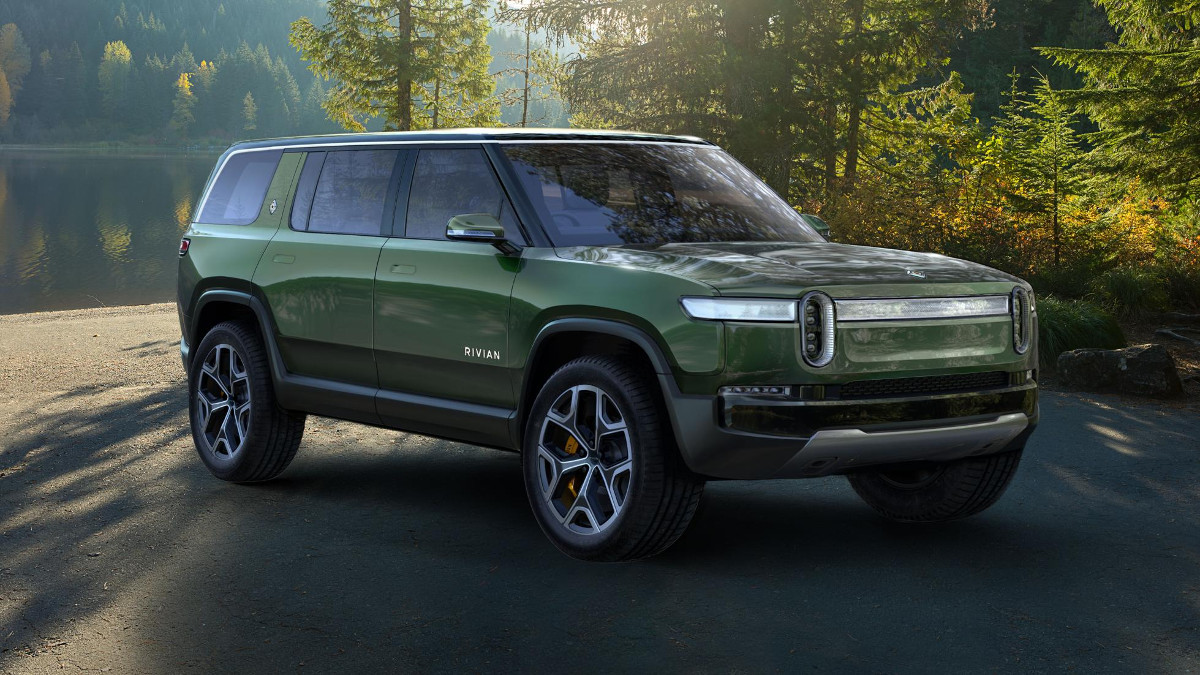 Rivian has a super-fast electric SUV to go with its e-pickup
View other articles about:
Read the Story →
This article originally appeared on Topgear.com. Minor edits have been made by the TopGear.com.ph editors.
Share:
Retake this Poll
Quiz Results
Share:
Take this Quiz Again
TGP Rating:
/20