Building a brand one step at a time
by Niky Tamayo | Jul 18, 2014
CAR BRANDS IN THIS ARTICLE 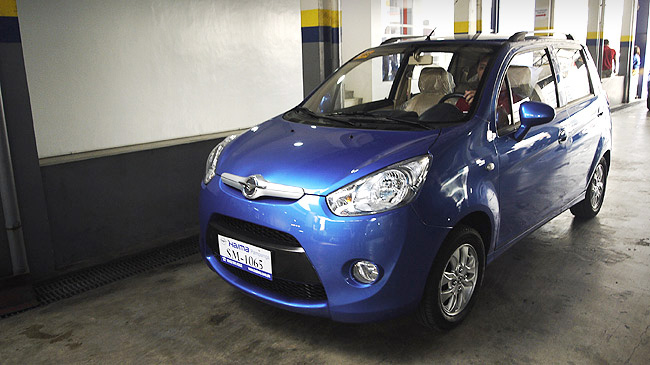 Last week, Haima launched the updated Haima 1. Most people have probably never heard of the brand nor the first-generation 1. Yet, along with the launch, Haima Automobile Philippines opened its newest dealership, Haima San Fernando. This is the brand's second dealership in the city of San Fernando, its third dealership in Pampanga, and the eighth in the Philippines.

It's taken nearly five years for Haima to get this far. And yet the Chinese carmaker has no plans of entering the lucrative Metro Manila market. Instead, it's looking at expanding down south, in the Visayas.

A few years ago, when other Chinese makers were launching in Manila, we would have called its strategy crazy. Today, many of those Chinese dealerships have been shuttered. Others have changed hands a number of times. Haima, on the other hand, is still growing. So we are forced to eat humble pie. And we are forced to ask: How do they do it? 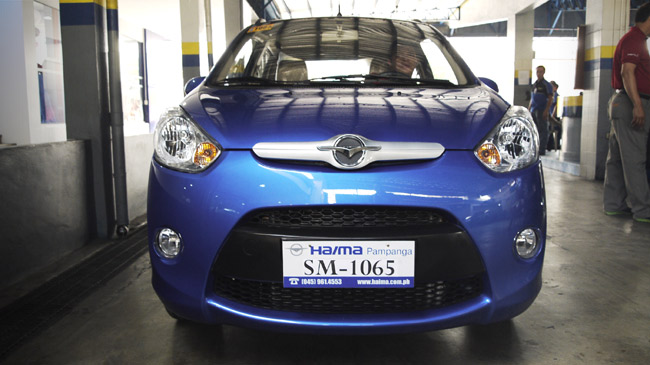 We arrive early for the launch for a sneak peek at the Haima 1. It's an interesting car. We note the resemblance to the old Daewoo Matiz, but this new car has a longer wheelbase and a wider body. It's raining out, so our plans of doing a shoot go out the window, but we do get a short drive in the car.

In terms of size, it sits somewhere between the Mitsubishi Mirage and the Toyota Wigo. While it lacks the extra-long wheelbase of those two, rear seat space is more than adequate. If there's a Matiz under there, it's reasonably well buried. Some Matiz-based cars carry over the seat hardpoints, but we didn't find ourselves rubbing elbows inside. If it were Dinzo Tabamo and Botchi Santos, however, that would be another story.

(Read: Here are the 4 small hatchbacks in PH with most value for your money)

What sets the Haima 1 apart is the claimed 91hp and 112Nm from its 1.2-liter engine. And indeed, it's a nice little car to throttle along in traffic.

But the car isn't the whole answer to the Haima question. And the drive is over all too soon, as we head back to the dealership for the launch.

It's here we get some inkling of the answer. Along with Haima's own employees and Laus Group key officers and VIPs such as Mayor Edwin Santiago and Congressman Oca Rodriguez, many of those invited are Haima owners themselves. Even some of the VIPs--like Isabel Granada, who's still lovely after all these years--are Haima owners.

And, against expectations, many of the owners are repeat customers, whereas some owners of other brands have sworn off Chinese cars forever. Laus Group chair Levy Laus is proud of the brand's customer retention, and makes it a point to invite customers to every Haima event.

Part of this loyalty is down to the cars themselves. Haima uses proven Mazda technology, and tests its products extensively. Locally, Haima prides itself on building a relationship with its customers. Over the past five years, I've only ever heard of one major complaint, and that one was handled under warranty quite quickly.

Perhaps this is the secret. It's easier to touch base with your customers out here in the province. It doesn't matter whether the brand is Chinese, Japanese or American. It's the Filipino element that matters most.

Maybe someday this level of personalized service will bring the brand to Manila. But for now, Haima is focusing on building customer loyalty and favorable word of mouth slowly but surely. The tortoise doesn't always win the race, but he lives a hell of a lot longer than the hare.

The Haima 1, on the other hand, is no slowpoke. At an introductory price of just P479,000, you get dual airbags, ABS+EBD, alloy wheels, all-power amenities, and that powerful 1.2-liter 16-valve DOHC engine. Haima Automobile Philippines could sell the car lower if it removed some features, but the company believes you get what you pay for. It would rather sell a decent product at a decent price than a poor product at a great price.

Who are we to argue with that strategy? 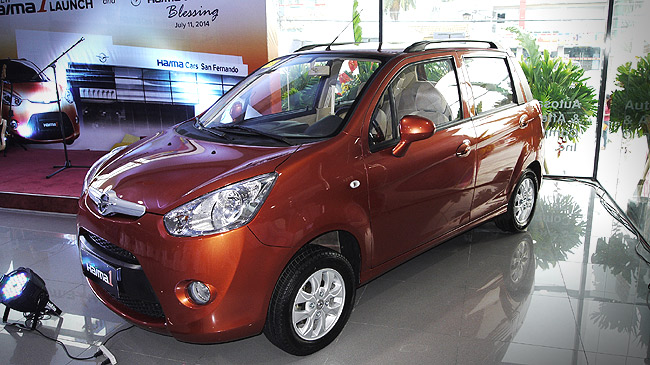 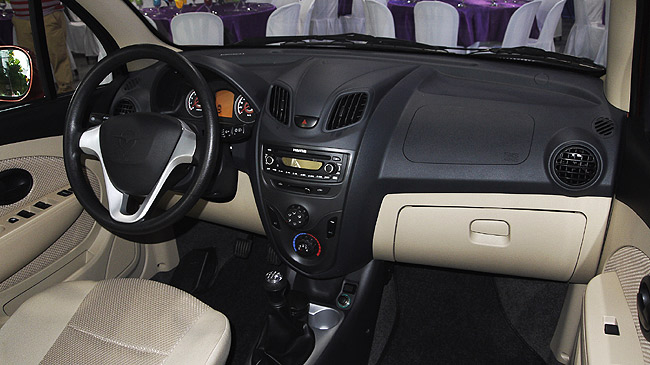 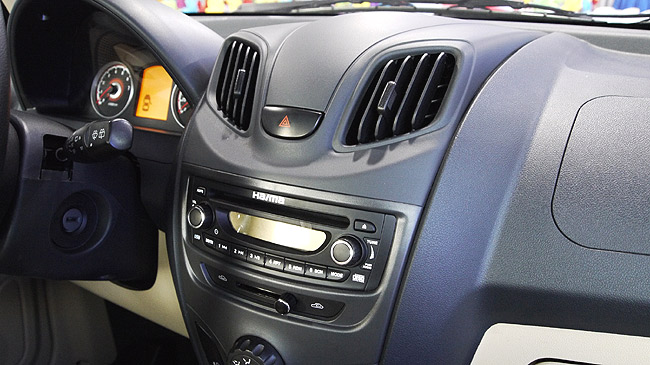 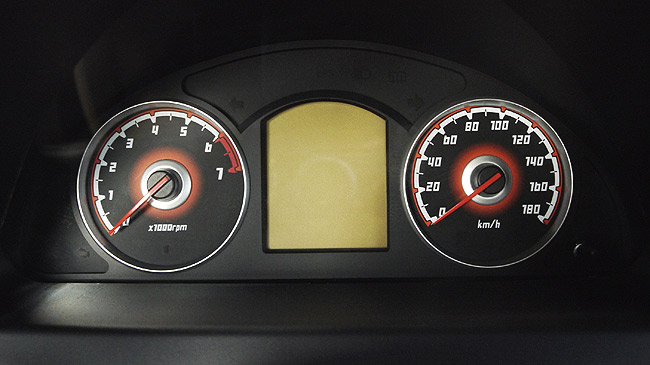 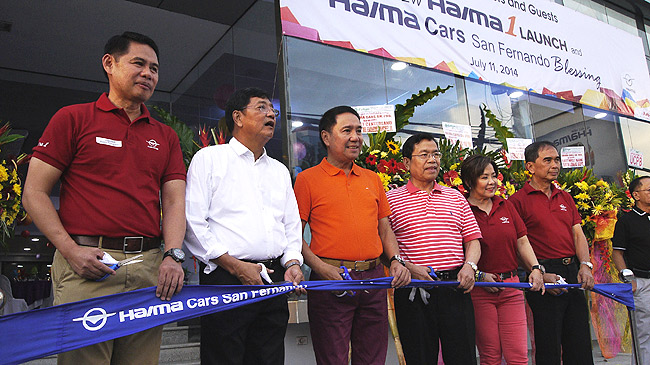 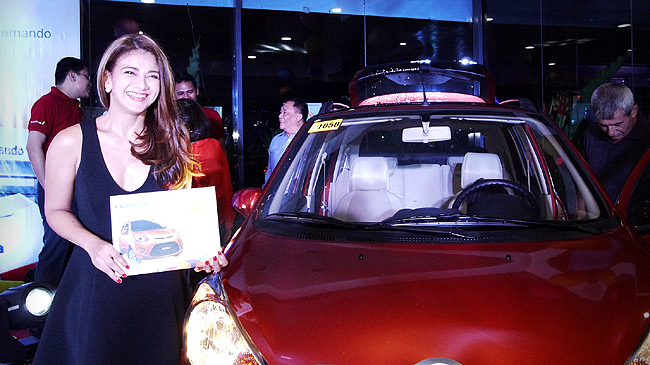 Formula 1 tech spotlight: Front and rear interconnected suspensions
View other articles about:
Read the Story →
This article originally appeared on Topgear.com. Minor edits have been made by the TopGear.com.ph editors.
Share:
Retake this Poll
Quiz Results
Share:
Take this Quiz Again
TGP Rating:
/20