In Bohol, we discover how the new Honda Civic drives

This car is meant for open roads
by Dinzo Tabamo | Jul 1, 2016
CAR BRANDS IN THIS ARTICLE 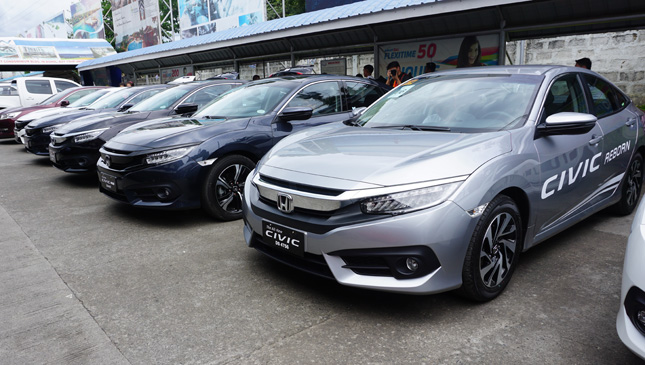 We were formally introduced to the Honda Civic model during its ’90s heyday, when Honda Cars Philippines set up shop in our country. Until the turn of the millennium, we were enamored of this Japanese car’s clean and handsome lines, athletic engines, and aftermarket possibilities. Since the year 2000, every Civic introduced has been compared to those fun little Hondas.

This year, HCPI proudly launched its 10th-generation compact sedan, and it is harking back to the Civic’s glory days by adopting the tagline “Civic Reborn.” With an aggressive fastback body and a highly anticipated turbocharged VTEC engine, it looked like the new model could finally fill the hallowed tires of its predecessors.

To find out how the new Civic fares, we accepted HCPI’s invitation to drive its sedan in Bohol. We even brought a videographer to better document our experience, so watch out for our video.

Upon landing at Tagbilaran Airport, the organizers had silver, white, blue and black Civics lined up right outside the exit. Both variants were available--the base 1.8E and the RS Turbo. We would have our chance with the two of them, but we got to try the 1.8 E first.

We had seen this car during its formal launch, and again during a dealer event, but it still looked fresh. Maybe because we hadn’t laid eyes on it in broad daylight. The strong prow and the exaggerated taillights that overlap into the trunk induce awe, and the new generation really seems intent on forging a name for itself. There are favorites in the lineage, as we all know. I couldn’t stop looking at the rear wing on the turbo, and thinking of how appropriate it looked--and I’m not a fan of spoilers. 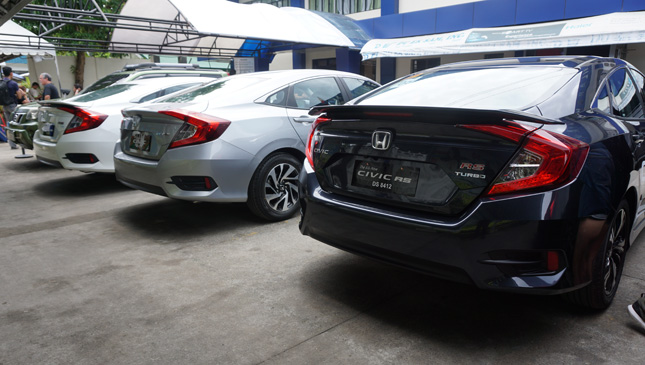 As I entered the Civic 1.8 E’s cabin, I realized that to call it a base model was a little unfair. Like what we wrote before, it has practically all the conveniences of the top-spec Civic save for rain-sensing wipers, dual-zone A/C and power seats. The 1.8 E’s fabric seats were pleasant to sit in for hours, and I could tell right then that this would be a good long-drive companion.

The Civic has done away with analog gauges, and an animation flashed before me where the dials should have been. It’s a beautiful sight that convinced me right away that digital gauges are the way to go.

There’s a sense of minimalism around the cockpit. The dashboard is slung low, which enhances visibility; the A/C vents are molded in the same angular design motif (but still spew the chilly air Honda is known for); and the materials are firm yet smooth to touch. The Civic is a reminder that the Japanese can still set the bar for fit and finish in automobiles.

From the airport, we took a long route to our hotel. At this point, Honda’s ride-and-drive format was like a Marvel movie: formulaic and enjoyable. We passed through Bohol’s charming towns, hilly landscape and decent roads. 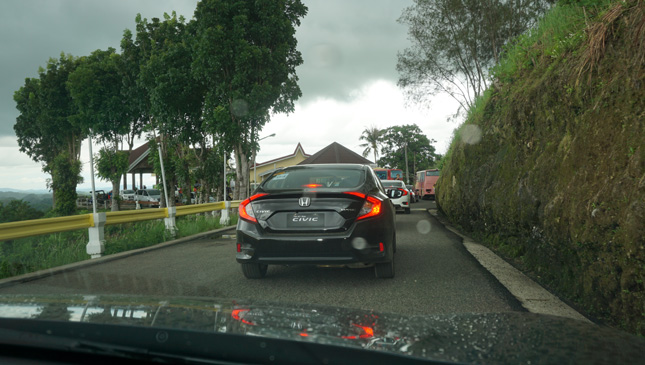 The less-than-smooth thoroughfares only highlighted how good the Civic’s chassis is now. The massive almost-midsize body dissipated the shock waves from the rough roads and the deep ruts we encountered. The NVH wasn’t just good--it was downright superb (although we’ll wait until we test this in noisy urban areas before we heap more praise).

I certainly felt the heft of the new Civic using the 139hp at the 1.8-liter’s disposal. It wasn’t sluggish, but you could discern the inertial hesitation when moving the 1,239kg body from rest. But once it got going, there was no trouble keeping up with the rest of the convoy.

We drove through the usual touristy stuff in Bohol. This included seeing the tarsiers and having lunch beside Loboc River. Then we headed to our hotel to call it a day. 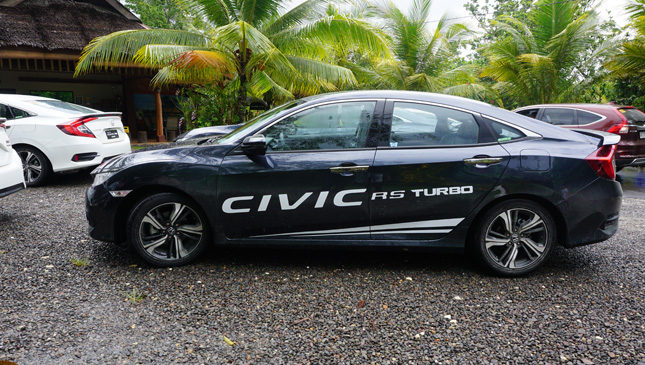 The next morning, I got in the RS Turbo variant for a drive to the Chocolate Hills. I had never been to this world-famous landmark, but my excitement at trying out 171 horses was eclipsing my curiosity of seeing Bohol’s pride.

The RS Turbo’s virtual gauges are red, compared to the blue of the naturally aspirated Civic. Boasting leather-wrapped seats and shift knob, the Turbo spec inevitably felt a little racier.

So did it live up to the hype? Well, yes and no. The RS is definitely faster--but you’ll have to wait until the tach hits 3,500rpm and above. Below 3,000rpm, I felt the Civic’s heft again. Once our convoy picked up speed and the average velocity climbed to triple digits, the RS Turbo was in its element. This car had basically the same power and torque as the 2.4-liter Accord leading our group, but in a body that weighed 300kg less. 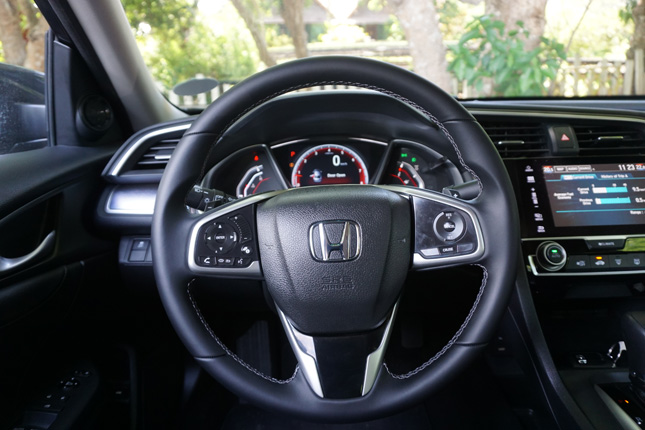 Even when it began to rain, the Civic felt planted and sure. On the twisties, we were taking turns at 80-90kph with no discernable slippage. The steering was quick and responsive. I wouldn’t say razor-sharp, but it danced on that fine line between giving feedback and filtering road imperfections. This reinforced Honda’s reputation as the Japanese BMW.

I was ready to accept that the RS Turbo was only happy at high revs when I remembered the Sport mode in the transmission lever. I slotted the shift knob to ‘S’, and the CVT sang an angrier tune. Now I had power even in the more accessible 2,500rpm region.

After an afternoon of blissful, traffic-free driving to the scenic Chocolate Hill--and then back to our hotel in Panglao--we averaged 12.1km/L. While that number is sure to go down in Metro Manila’s gridlock, it’s not bad considering there were several high-speed blasts along the route.

The new Civic is worth the wait and most of the hype. It’s certainly not the lithe pocket rocket we had driven during our college days. But its growth now rewards us with better comfort and NVH that’s apt for our noisier world. Maybe change is good after all. 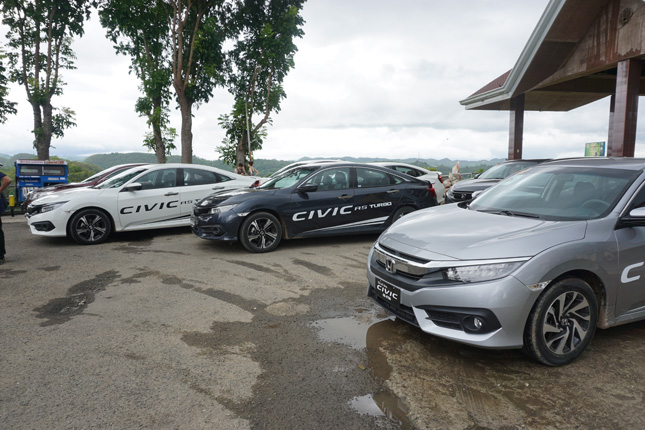 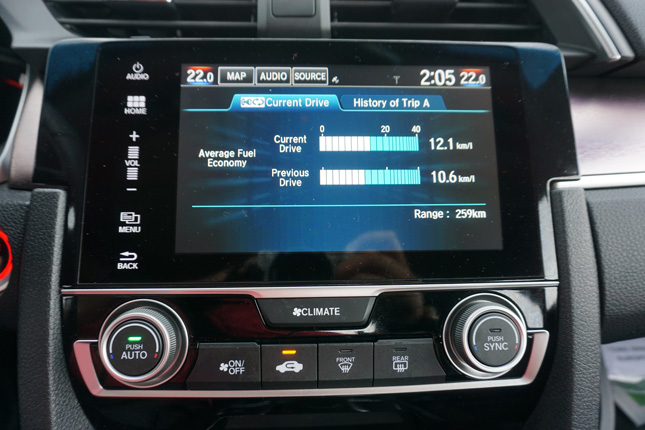 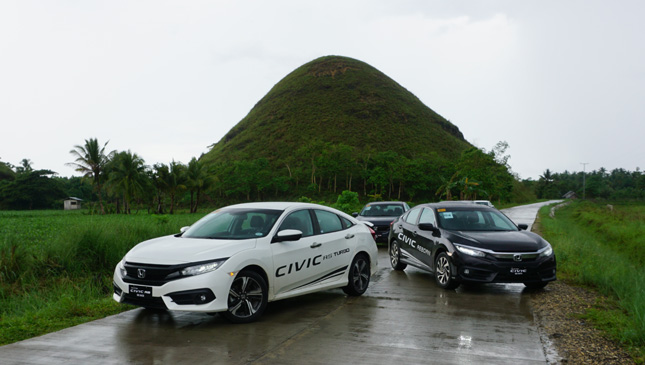 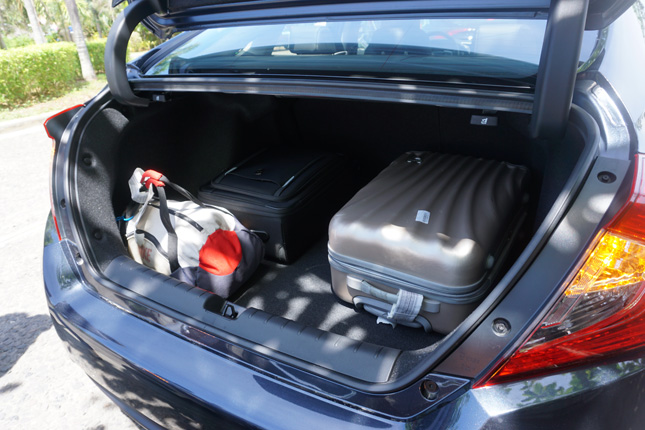 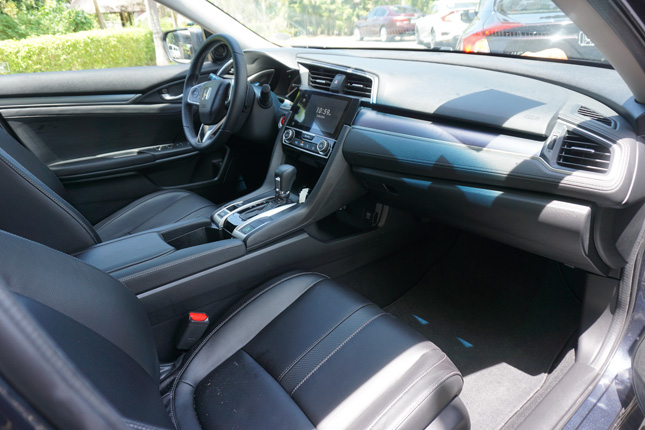 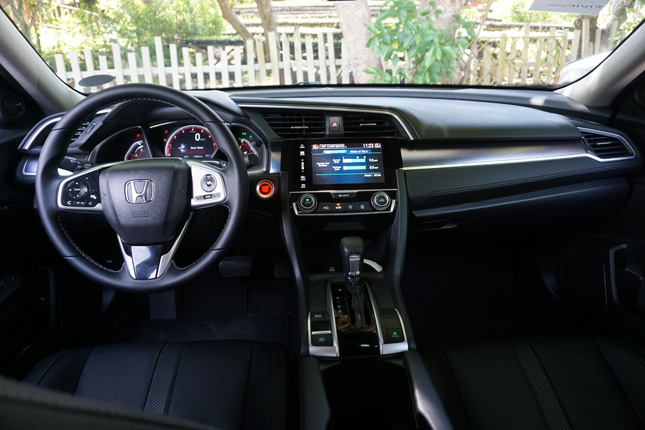 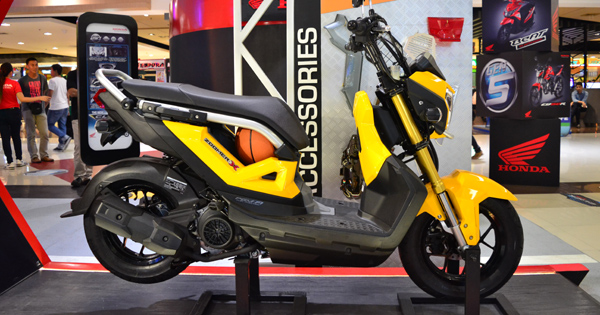 Honda PH is now holding an awareness campaign for Generation S motorcycles
View other articles about:
Read the Story →
This article originally appeared on Topgear.com. Minor edits have been made by the TopGear.com.ph editors.
Share:
Retake this Poll
Quiz Results
Share:
Take this Quiz Again
TGP Rating:
/20