To be followed by turbo gasoline sibling
by Dinzo Tabamo | Aug 29, 2014
CAR MODELS IN THIS ARTICLE 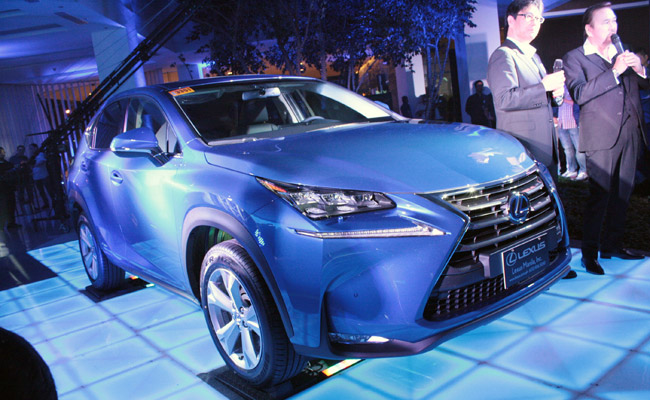 Events held at the Lexus Manila dealership are usually relaxed and almost intimate affairs, with attendees limited to select media and customers. But the launch last night for the new Lexus NX premium crossover was lively, busy and packed. We’ve never seen the showroom area this full.

For starters, the launch featured an unusual way of presenting information to the guests. Instead of the usually long and boring technical presentations, company executives--including Lexus Manila chairman Alfred Ty and president Danny Isla, and Toyota Motor Philippines president Michinobu Sugata--formed a panel which was interviewed by TV host Butch Gamboa onstage about the vehicle.

The NX follows in the footsteps of the very successful IS, both of them incorporating the new aggressive design direction Lexus has been following lately. The body has a diamond-shaped form, and is connected to bold wheel arches that house large 18-inch tires. For a more futuristic look, LEDs have been used in the headlamps, daytime running lights, and rear combination lamps.

This reflects the younger demographic being targeted with the NX, compared to the more traditional buyers drawn to the bigger RX crossover.

If you’re still confused about the NX’s size, think of the new Lexus as the plush version of the Toyota RAV4. The two vehicles were developed at the same time, but at some point their engineering diverged. True enough, the NX is far more refined and luxurious than Toyota's capable crossover.

The NX that was on display--and the only variant available on sale for now--is the hybrid version: the NX300h. It has a 2.5-liter Atkinson-cycle hybrid gasoline engine mated to a CVT and all-wheel drive. Standard features for this variant include a power tailgate, power-folding rear seats, and a sliding moonroof.

A complex powertrain moves this stylish hybrid crossover forward. From the gasoline engine, 153hp and 210Nm can be extracted. The two additional electric motors provide extra thrust in the form of 141hp/270Nm for the front motor, and 67hp/139Nm for the rear motor. The combined power of the electric motors is 194hp.

It wouldn't be a Lexus, bold spindle grille or not, without comfort that pampers, and here the NX doesn't disappoint. The theme for the NX when it was being developed was "premium urban sports gear." This means the Lexus engineers designed this crossover for those who embrace technology and have active lifestyles.

So on top of rich, premium materials (including sweet-smelling leather seats), the NX incorporates a lot of tech toys. Beyond the usual Bluetooth capability, cruise control, steering-wheel buttons, and a 10-speaker audio system, the NX300h has built-in navigation--a relatively new feature in the premium segment.

One of the cabin highlights is the new Remote Touch Interface, basically a touchpad with haptic feedback. It lets you navigate the multi-information display with one finger easily.

There’s a lot of the new fun Lexus in the NX300h, and maybe even more fun in the turbocharged NX200t and NX200t F-Sport variants coming in January. Buyers of the aging RX crossover might want to consider the NX300h. The RX350 (P3,898,000) is practically the same price as the NX300h (P3,908,000), and what the NX lacks in space compared to the RX (although four adults can fit well inside the NX), the newer NX makes up for in features and bold design.

One thing is for sure: Lexus Manila has another winner in its stable.

Photos by Tracy Carpena and Vernon B. Sarne 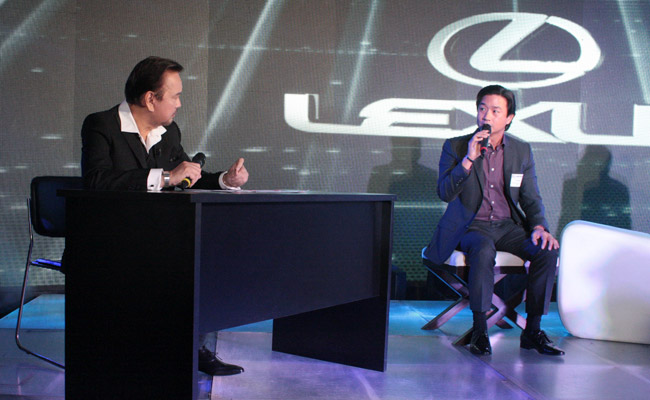 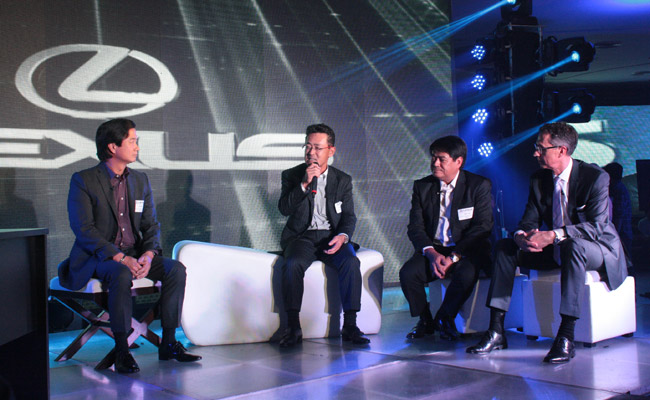 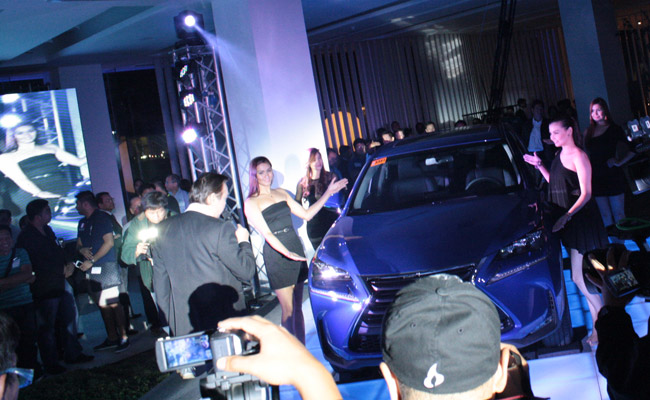 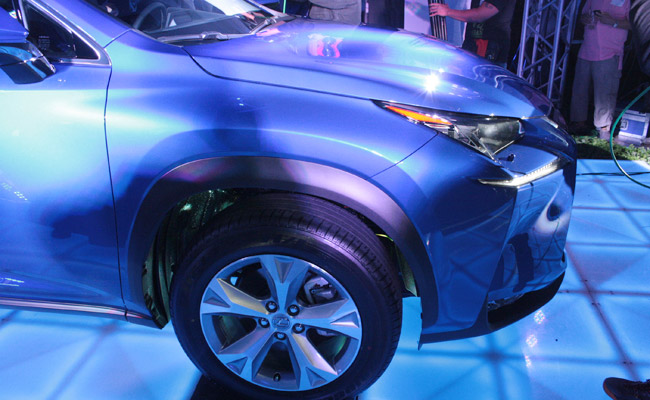 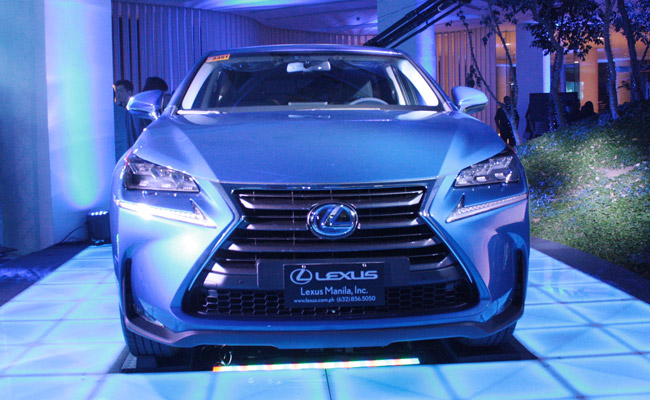 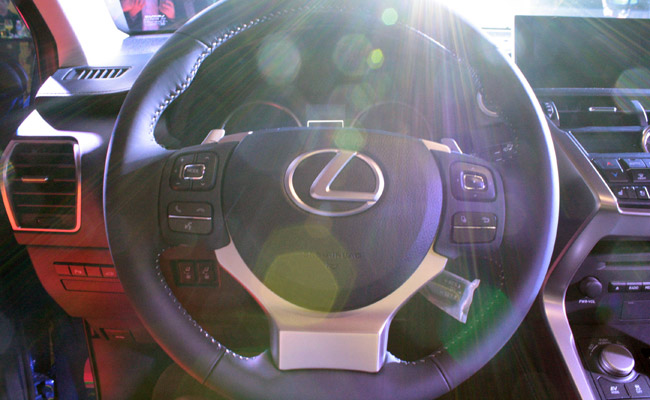 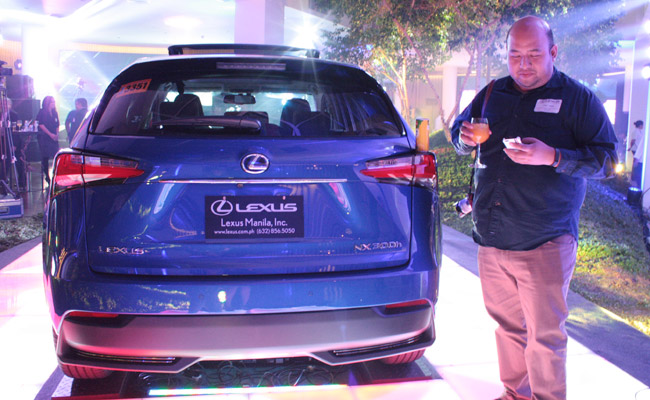