'It's deliberately the same'
by Kyle Fortune | Jan 5, 2018
CAR BRANDS IN THIS ARTICLE 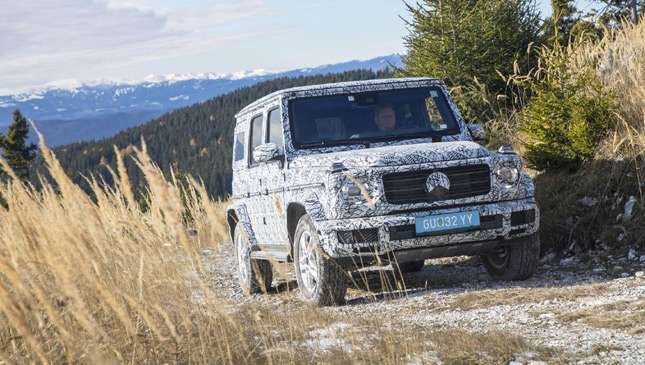 1) The outgoing one is pretty old.

The outgoing G-Class is 38 years old. Add another seven to that if you include the development time, and consider the fact car years are like dog ones, and it's certifiably ancient. That's obvious to anyone who's ever driven one, but still it sells. It's an enigma on that front, with sales growing at a tremendous rate over the past decade. Enough, indeed, to have the suits in Stuttgart decide to invest in a new one.

2) It's deliberately the same.

New, you say? Uhm, yes, the swirly wrap is about as effective a disguise as Clark Kent’s glasses. Boxy, then, with the sort of creases and seams that suggest the body has been stamped by big presses. It's now largely aluminum, which saves lots of weight. The boxy shape, flat panels, exposed hinges and door handles that still feature push buttons to open them are very deliberate—nobody hated the way the G-Class looked after all. 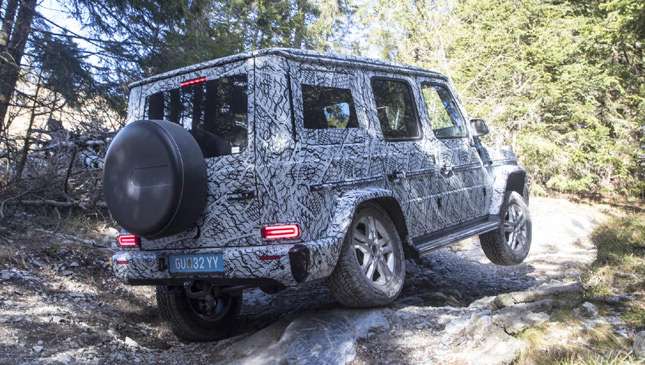 3) Only five parts are carried over.

Really, it's new. Honestly. The G is so new only five parts have been carried over from the old one. They're not particularly significant, either, the list including the spare wheel cover, the headlight washer nozzles, sun visors, that push button on the door handles and the tow bar.

Everything else is new, believe us, though in the spirit of that continuation, and unlike any other Mercedes-Benz model, management describe the G's line on the product planning graph as a straight line, joking that it'll likely be around in another 38 years.

It's famously capable off-road, and one of the key development goals was to improve on that. Helping here is new suspension, the rear solid axle now five-link, the front a double-wishbone set-up. It's got proper springs rather than air ones, as Merc’s engineers reckon air ones are too fragile for the sort of terrain the G-Class will be expected to clamber over.

There are standard dampers, with clever frequency-dependent valving that allows plenty of absorption off-road, but fine control on it. Optional variable dampers add even more ability into the mix. Helping are three differentials, these now electronically controlled, as well as a low-ratio transfer case and a standard nine-speed automatic transmission. Oh, and it's still body on ladder frame, though being all-new it's far stiffer, for better control and refinement, on and off-road. It’ll get you anywhere then, only easier than before. 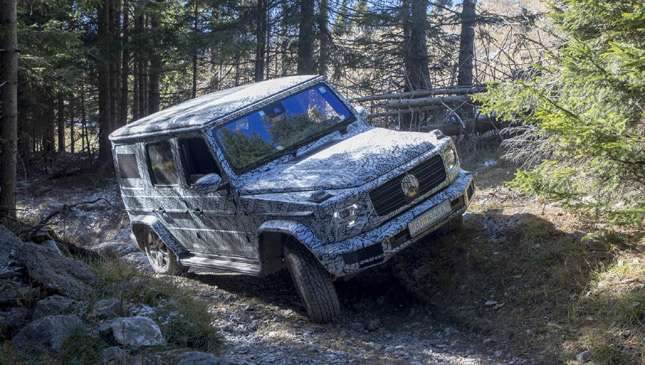 There's a G button. As part of that drive to make it the benchmark off-road vehicle the G-Class engineers have added a 'G-Mode' into the drive select system. It primes all the systems for maximum off-road capability, though unlike most 'rivals' it eschews kit like hill descent control and instead simply relies on its differentials and low ratio transfer box to maintain progress. To prove its ability it's had to conquer the Schöckl—a mountain in Austria that's been the home of G-Class development since its introduction. Over the 5.6km route it has to climb 60% gradients and traverse 40% side-slopes, the G not signed off until it's covered a minimum of 2,000 development kilometers here.

6) Making it look the same was very, very difficult.

Show those proud wing-top indicators to the G-Class engineers and they'll start twitching. They've been a nightmare to develop, as they have to pass modern crash regulations. The easiest solution would have been to bin them, but easy clearly translates into challenge in the G engineer's big brain. However simple, and old, those indicators look, they're actually very clever, recessing into the wing tops if they're struck hard—around 150kg should do it. That, allied to some clever shaping of the upright front means this new G-Class manages to pass current and all known future pedestrian-protection tests.

7) It promises to steer properly.

Steering the old G-Class was like turning a ship, only worse, the steering wheel having little effect at the front wheels. It was exhausting and, at times, a little bit frightening. That's changed here, the new car getting a rack and pinion steering system. Even sitting in the passenger seat it's clear that the driver is less busy, and the when the wheel's turned it actually does what's asked of it. That’s perhaps the biggest revelation here, and will be useful when AMG start putting silly turbocharged V8s and V12s under the familiar hood. 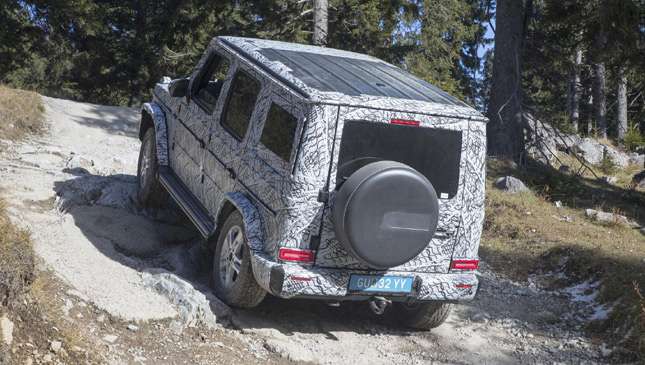 8) It's designed to accommodate bobbing helmets.

The original G-Class was conceived as a military and utilitarian vehicle. As such it was designed to accommodate helmet-wearing soldiers; allowing them to sit side by side and have enough room for their heads to move in extreme off-road maneuvers without striking each other or the vehicle itself. That explains the flat, upright sides, a design signature that remains to this day. They did, momentarily, consider changing the proportions but it's such an iconic part of the car's shape that it's been retained.

9) There will be specials.

It's impossible not to love the G-Class. It's the only car we've ever borrowed that our kids cried when it went back to Mercedes-Benz, so, that they're replacing it, is a very good thing indeed. We'll see it properly in January at Detroit and dreaming up silly ideas of where to drive it soon. 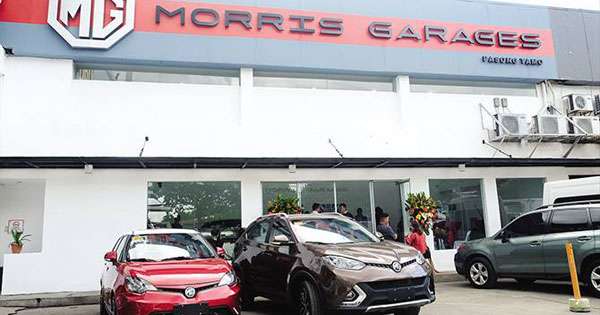 MG PH CEO responds to controversial Facebook post
View other articles about:
Read the Story →
This article originally appeared on Topgear.com. Minor edits have been made by the TopGear.com.ph editors.
Share:
Retake this Poll
Quiz Results
Share:
Take this Quiz Again
TGP Rating:
/20