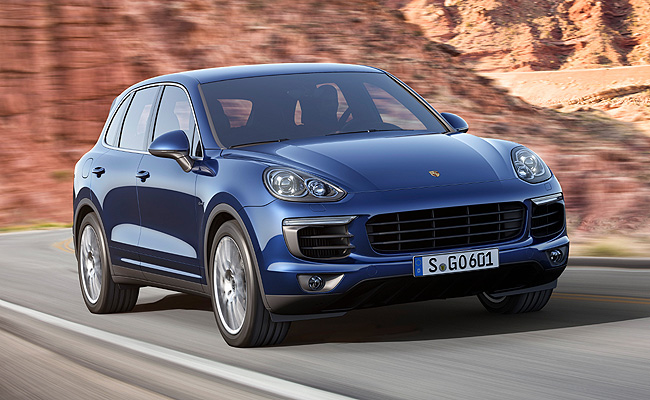 Porsche has updated the Cayenne, giving it "an even sharper design with precise lines and purposefully placed angles intended to catch the light."

Changes to the front fascia include the wheel arches and the hood. The new airblades on the snout were also designed to efficiently guide air to the intercoolers and, according to the German carmaker, "make a strong visual statement." In addition, the Cayenne now comes with bi-xenon headlights as standard, with Porsche's four-point LED daytime running lights. The Turbo variant gets LED headlights with the Porsche Dynamic Light System as standard.

For the rear, the taillights create a three-dimensional effect with the LED brake lights featuring four distinctive elements. Newly designed exhaust tailpipes are now integrated in the lower rear section, while an automatically opening/closing tailgate is a standard feature.

As for the updates to the interior, a new multifunction sports steering wheel with gear shift paddles that's based on that of the 918 Spyder, comes as standard as well. The rear seating system has been made more comfortable as well, with seat ventilation now optional.

The Cayenne S also gets a new 3.6-liter bi-turbo V6 that produces 420hp and 550Nm, an "example of how downsizing with reduced engine displacement and fewer cylinders does not compromise core values," when compared to the previous 4.8-liter V8 that had 400hp and 500Nm.

The updated Cayenne is scheduled to reach global showrooms in October. 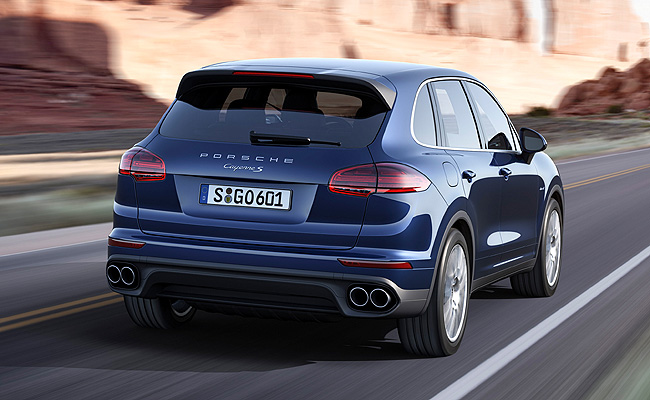