Serious about SUVs: Lexus to add a 7-seater crossover vehicle 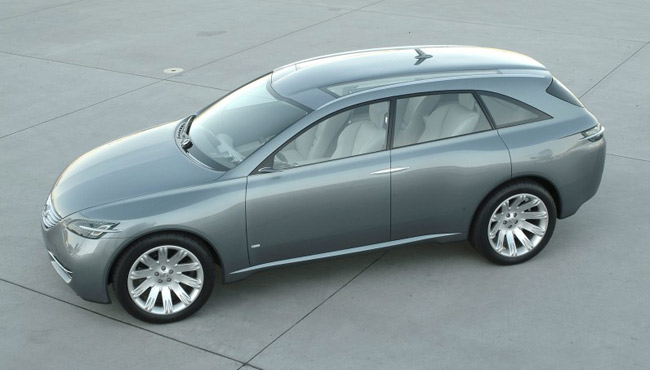 It looks like Lexus wants to expand its crossover range in the other direction. Until recently, Lexus has had only one unibody crossover SUV, the midsize RX. The rest have been body-on-frame SUVs. This changed with the recent introduction of the compact NX crossover, which slots below the RX. Now, the Japanese carmaker will add a seven-seater crossover that will be positioned above the RX.

Some of you might be wondering how this seven-seater crossover will fit into Lexus's crossover/SUV range. It's expected to sit above the five-seater RX. Will it replace the Prado-based GX that is a legit body-on-frame SUV? Most likely not, since the lower-volume GX is still very profitable, and a crossover appeals to those who want something more car-like. The GX is more truck-like since it carries the Land Cruiser DNA.

According to Jeff Bracken, Toyota USA's group vice president and general manager of the Lexus division, Lexus dealers have been asking for a crossover with third-row seating. He also doesn't mind if this new crossover, which has a potential to sell 35,000 units a year, eats up some of the sales of its best-selling five-seater RX, which sold 103,920 units in the US last year.

Toyota has applied to trademark the "TX" name; it is believed that this future seven-seater crossover will be the Lexus model to use this name. At this point, Lexus hasn't confirmed which platform the TX will use. It could either use the longer FWD/AWD Highlander platform the RX is based on, or use a modified version of the RWD/AWD platform used by its sedans. The latter would allow the vehicle to go head-to-head with the Germans.

According to Lexus, the new crossover could be out in the market as early as 2016. Do you think the Japanese carmaker isn't too late in joining the three-row crossover game? Can it still catch up?

Volvo's 1st batch of self-driving cars now running on Swedish roads
View other articles about:
Read the Story →
This article originally appeared on Topgear.com. Minor edits have been made by the TopGear.com.ph editors.
Share:
Retake this Poll
Quiz Results
Share:
Take this Quiz Again
TGP Rating:
/20