With large tires and raised suspension
by Gerard Jude Castillo | Oct 14, 2015
CAR BRANDS IN THIS ARTICLE 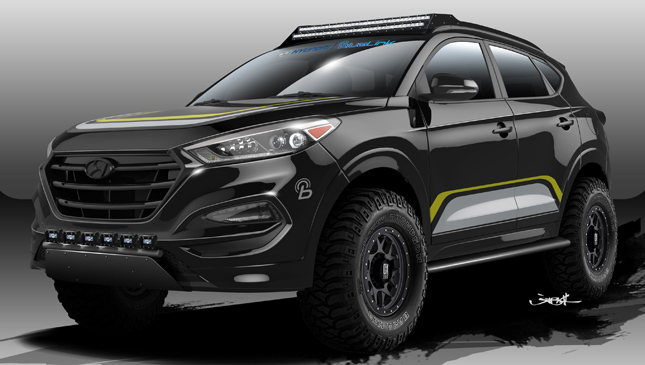 The Hyundai Tucson isn’t exactly considered an off-road vehicle, but aftermarket specialist Rockstar Performance Garage (RPG) thought otherwise and came up with a host of upgrades that made this compact crossover SUV look meaner--with the guts to match.

The most obvious change to the new Tucson is the raised ride height. It now sits some six inches higher thanks to adjustable shocks and struts care of King Shocks. The taller stance also makes way for massive Mickey Thompson 32-inch tires, giving it the utmost in all-terrain grip.

The lift is matched by RPG and Wicked Design roof rack, bumpers, Bulldog LED lighting bars, and custom off-road bumpers. All this is done in a special black-and-yellow paint job and livery. The exterior mods are backed up by a kick-ass Kicker audio sound system with a 10-inch subwoofer and high-output speakers.

With these kind of pimped looks, the RPG Tucson naturally has an engine to match. The 1.6-liter Gamma four-cylinder motor that powers the US-spec Tucson receives a high-flow Magnaflow exhaust, uprated turbocharging, and K&N intake and intercooler kit. It also comes with such cool stuff as a Mishimoto stainless-steel downpipe and front pipe, a Mishimoto billet oil catch can, and an Odyssey dry-cell battery among others. All this extra juice is channeled through a six-speed dual-clutch transmission and directed to all four wheels.

According to Nic Ashby, owner and general manager of Rockstar Performance Garage: "The focus of this build was to create an off-roader that nobody expected."

True enough, you wouldn’t think that a vehicle such as the Tucson could go off the beaten path, much less look as extreme as this.

The modified Hyundai crossover will be unveiled at the upcoming Specialty Equipment Market Association Show, popularly known as SEMA, in Las Vegas on November 8. While this may not make it to series production, it does tickle the imagination--that even a city slicker like the Tucson can be made to look like your average mountain goat and look good while at it. 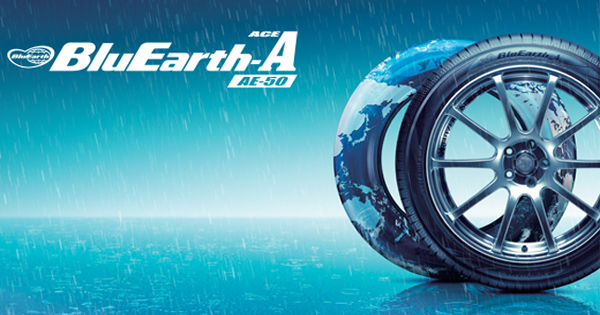 Do you want green tires to go with your green ride?
View other articles about:
Recommended Videos
Read the Story →
This article originally appeared on Topgear.com. Minor edits have been made by the TopGear.com.ph editors.
Share:
Retake this Poll
Quiz Results
Share:
Take this Quiz Again
TGP Rating:
/20