Does Petron chairman Ramon Ang have a stake in PGA Cars?

The oil company's close association with Porsche raises the question
by Vernon B. Sarne | Nov 6, 2012
CAR BRANDS IN THIS ARTICLE 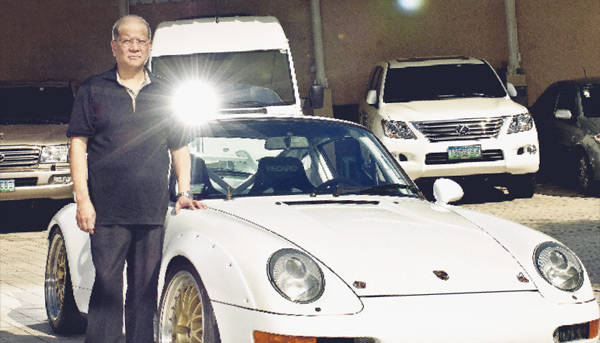 On August 7 this year, columnist Vic Agustin wrote on InterAksyon.com the following:

"There have been persistent rumors that insurance magnate Robert Coyiuto Jr. has lost the Audi and Porsche dealerships to his BFF, San Miguel president Ramon S. Ang, amid considerable losses."

Ang, as you know, is now also Petron Corporation's chairman and chief executive.

At the time, we didn't think much of the rumor, even if we admittedly found it very intriguing. Because at the end of the day, an unsubstantiated story is nothing more than that--a rumor. We even heard talks about how Mr. Ang got into the picture: Apparently, he had lent the money used by Coyiuto to settle his reported arrears with the Bureau of Internal Revenue. We would like to reiterate--in the spirit of fairness--that all of this was hearsay.

And so we ignored the rumors. As far as we were concerned, Mr. Coyiuto was still very much the owner of his Audi/Porsche fiefdom. There was not much proof to indicate otherwise--until recently, with a couple of seemingly telltale signs.

First, there's Petron's newly launched "Passion for Porsche" toy-car promo. Sure, Petron probably only wants to neutralize Shell's partnership with Ferrari and match the latter's current Lego Ferrari promo. Then again, why Porsche in particular? Why not Lamborghini, which for all practical purposes is the natural rival of Ferrari? (To be clear, Lamborghini Manila also belongs to the PGA Group, but Porsche will always be the bread-and-butter brand compared to the exotic Italian marque.)

Second, there's Petron's "Hood Stars" poster book that comes free with every copy of our November 2012 issue. The freebie includes nine posters of high-end cars and the powerful engines found under their hoods. These are the Audi SQ5 TDI, the BMW X6 M 50d, the Chevrolet Camaro, the Ford Mustang GT, the Lamborghini Aventador, the Mercedes-Benz CLS350 CDI, the Porsche Cayenne S Diesel, the Porsche Panamera, and the Toyota 86.

Full disclosure: We presented an initial lineup to Petron. After some pruning and grafting here and there, we wound up with the final roster, which includes four vehicles from the PGA Group. Of particular interest to us was Petron's firm request for us to include more than one Porsche car in the lineup. Which is how we ultimately ended up with the official poster book.

Of course, we're aware that all of this could be purely coincidental. Mr. Ang, after all, is a widely known Porsche fanatic in exclusive motoring circles. In fact, he famously owns a Carrera GT. And in our January/February 2011 issue, in which he appeared on our now-defunct Car-Struck page, he revealed to us that his "ultimate favorite" car was his 1973 Porsche 911 RSR.

Bottom line: Whether Ramon Ang has a stake in PGA Cars or not, what is more important to us is that the chief executive of Petron is a certified car guy. We all know that the reason Petron is now selling a 100-octane fuel product in our market is because a gearhead now helms the company. Do we really need the guy to also call the shots within an automotive distributor that markets poster-worthy cars?

Auto Focus to hold outdoor motor show this weekend
View other articles about:
Read the Story →
This article originally appeared on Topgear.com. Minor edits have been made by the TopGear.com.ph editors.
Share:
Retake this Poll
Quiz Results
Share:
Take this Quiz Again
TGP Rating:
/20