New 4x2 variant for the Philippine market
Nov 5, 2009
CAR MODELS IN THIS ARTICLE 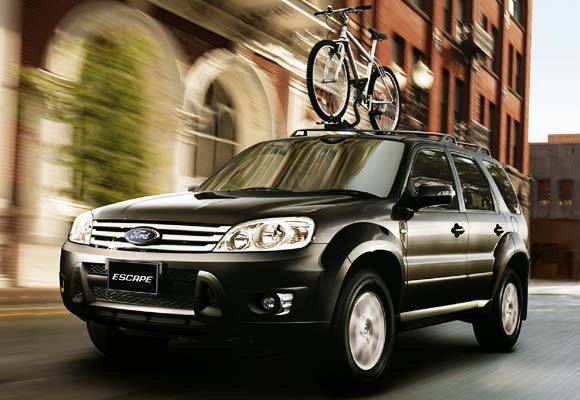 Ford Group Philippines has expanded the Ford Escape choices for the Philippine market with the introduction of a new 4x2 variant that completes the 2010 lineup of the sport-utility vehicle (SUV).

"The latest addition to the nameplate--the Escape 4x2 XLT AT--imbues the SUV qualities of the entire line along with high value for money and the class leading features of the range topping 4x4 version on a 4x2 drive train," said Steven Tan, Ford Philippines vice president for marketing and sales.

All 2010 Ford Escape variants are powered by Ford's 2.3-liter Duratec VVT with twin cam, electronic multipoint injection four-cylinder engine to deliver a maximum power of 157ps at 6,000rpm and torque of 200Nm at 4,000rpm. The new Ford Escape also comes with a flex fuel system that allows it to run on E20 fuel blends.

The 2010 Ford Escape also boasts of enhanced safety features with the vehicle's uni-body structure for maximum passenger protection. All of the new Escape variants come with standard front seat airbags for the driver and the passenger, as well as anti-lock brakes with electronic brakeforce distribution.