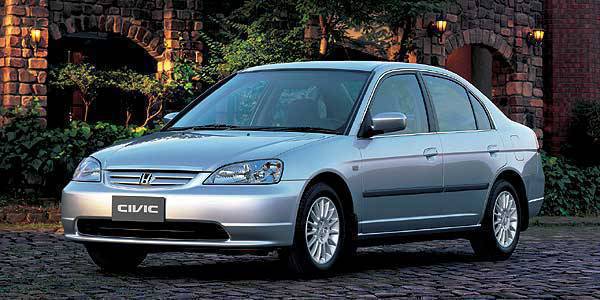 Honda Cars Philippines (HCPI) is conducting a voluntary recall of Civic 1.6 VTi-S units, which have been found to have defective passenger airbag inflator containers.

The defective sedans were locally-produced from 2001 to 2002 and 77 units are affected in the Philippines.

Findings from Honda Motor in Japan showed that the SRS inflator containers in the defective units "may rupture and cause some component parts to pop out upon deployment."

Honda said, however, that no known case of abnormal deployment has been reported related to the said defect.

"With the total safety of Honda vehicle users as priority at all times, HCPI is taking this voluntary service recall to replace SRS parts of affected units," Honda Cars Philippines said in a statement.

Replacement is free of charge and will be conducted in 27 authorized Honda dealers and three service centers nationwide.

Models with the following frame numbers are affected by the recall:

Honda Cars Philippines is sending letters of notice to Civic owners in line with the recall. Owners are then advised to call their respective dealers or Honda's hotline (1-800-1000-Honda [46632] or [02] 857-7240) for inquiries and scheduling.

Honda said owners of Civic sedans which are not specified above have no reason to worry about their SRS airbag inflator container because their specifications are different.

"Other Honda models such as the City, Jazz, Accord, CR-V, Pilot, Odyssey and HR-V sold and distributed by Honda Cars Philippines are likewise not affected," the company said.

PIMS teaser: Calculate your carbon footprint
View other articles about:
Recommended Videos
Read the Story →
This article originally appeared on Topgear.com. Minor edits have been made by the TopGear.com.ph editors.
Share:
Retake this Poll
Quiz Results
Share:
Take this Quiz Again
TGP Rating:
/20