Find out if your car is affected
Apr 11, 2013
CAR BRANDS IN THIS ARTICLE 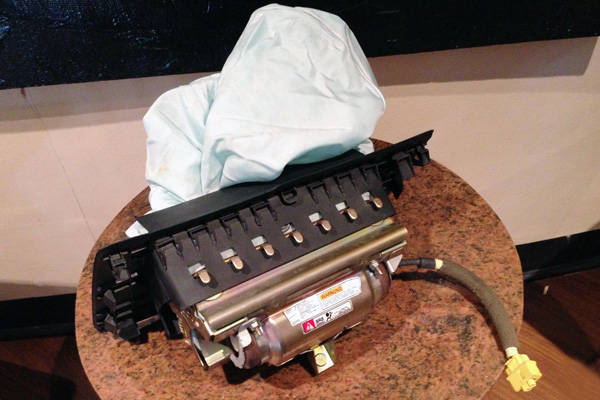 Honda Cars Philippines is recalling 9,743 units of the 2001-2002 Civic and the 2002 CR-V as part of a global recall that's affecting an estimated 1,142,000 units of various Honda vehicles for the "faulty inflation device of the front passenger airbag."

According to the Japanese carmaker, the airbag was fitted with defective inflators that had low-density propellants and were subsequently installed in the affected vehicles. In the event of a collision, the pressure in the airbag increases excessively and could cause the inflator case to rapture.

"Though there have been no reported injuries that can be attributed to the defect, Honda thought it prudent to conduct the recall because of the large number of units affected," said HCPI sales department head MJ del Pilar.

As a guide, HCPI released the vehicle identification numbers that are included in the recall locally: 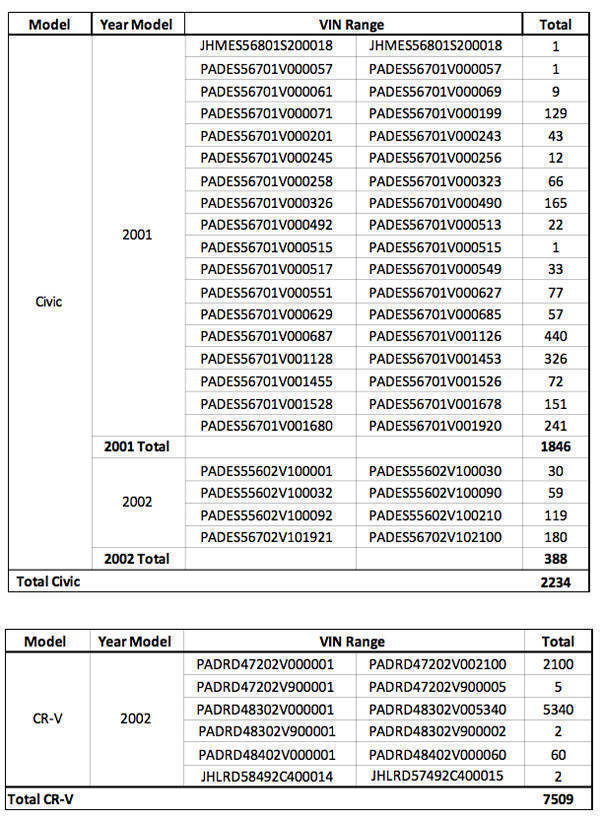 To conduct the voluntary safety recall in an orderly manner, customers are requested to call their respective dealers to set a service appointment or call the Honda Hotline at 1-800-1000-HONDA (46632) and (02) 857-7240. They may also e-mail customer_relations@hondaphil.com.

HCPI will reportedly replace the inflator of the affected models free of charge, with the actual replacement taking about one hour. The repair of affected vehicles will start on April 22.

BMW PH wants you to drive new car every 3 years through FlexiLease
View other articles about:
Recommended Videos
Read the Story →
This article originally appeared on Topgear.com. Minor edits have been made by the TopGear.com.ph editors.
Share:
Retake this Poll
Quiz Results
Share:
Take this Quiz Again
TGP Rating:
/20