About associating themselves with Japanese car brand
by Patrick Everett Tadeo | Aug 1, 2014
CAR BRANDS IN THIS ARTICLE 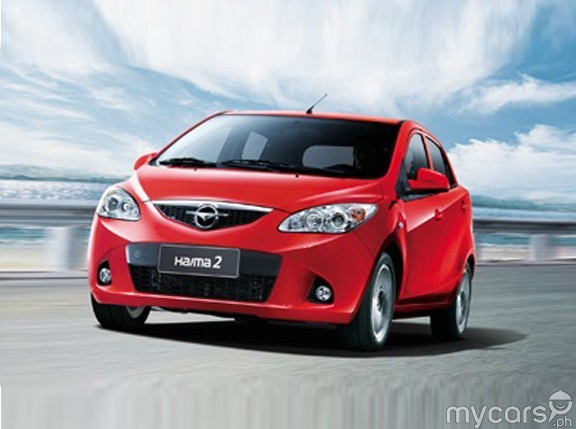 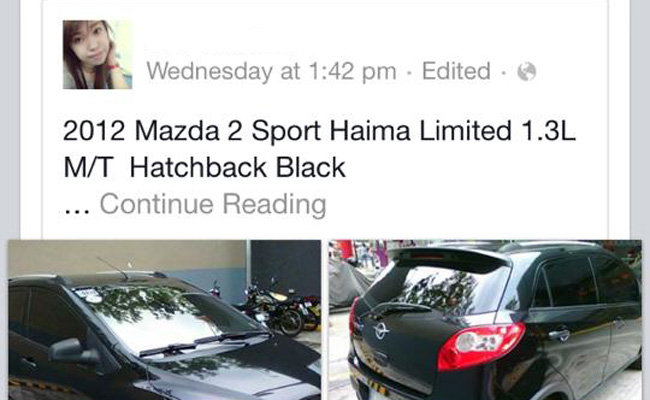 The rise of the Chinese car industry has a lot to do with local car manufacturers partnering with established foreign carmakers--like that between Haima and Mazda, which stretched from 1992 to 2006. It's no wonder then that a number of Haima models look like slightly reworked Mazda vehicles. The Haima 2, the Haima 3 and the Haima 7, for example, resemble the current (at least locally) Mazda 2, the first-generation Mazda 3 and the first-generation Mazda Tribute, respectively.

However, just because the Haima 2 may be mistaken for the Mazda 2, doesn't necessarily mean that it's okay to label it as such, which is what one "enterprising" individual is trying to do by selling a 2012 Haima 2 as a "2012 Mazda 2 Sport Haima Limited 1.3."

The "advertisement" appeared on the Mazda2ners Facebook page with an asking price of P360,000 for the car. The page's members were quick to question the post, saying that the advertiser is fooling people, especially if the hapless buyer brings the car to a Mazda dealer to have it serviced and gets rebuked instead, simply for thinking all along that what he/she has is a Mazda 2.

Fortunately, Berjaya Auto Philippines, the official distributor of Mazda vehicles in the country, has stepped in. Sherlyn Co from the company's corporate communications department has posted BAP’s stand, saying that Haima "does not have any technical partnership with Mazda, nor the license/rights to use Mazda technology."

"Mazda definitely has no part in the design, engineering and manufacturing of any Haima products," Co added. "Any further claim of Haima products using Mazda technology by the person from the Haima local distributor will be investigated."

With BAP's reply to the issue, let's hope this dissuades sellers of Haima vehicles from continuously harping on about the Mazda/Haima partnership. After all, it has been dead for eight years already.