Made by Factor Aurelio Automobile
by Patrick Everett Tadeo | May 23, 2014 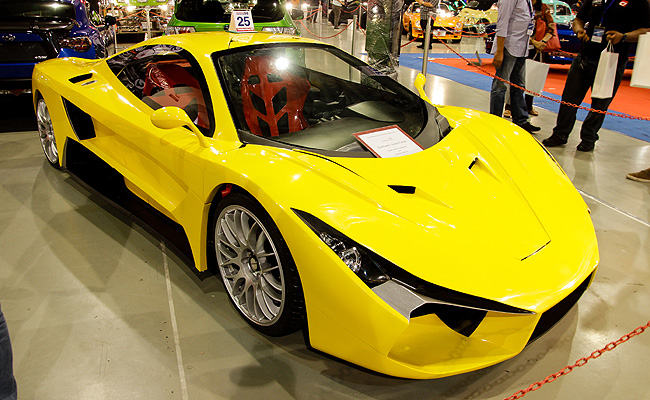 If you're dropping by the 2014 Trans Sport Show this weekend, among the displays you absolutely have to check out are the two cars entered by Factor Aurelio Automobile.

Factor Aurelio Automobile is a fledgling car manufacturer based in San Pedro, Laguna. The company takes its name after the surnames of Kevin Factor,  an engineering student at Adamson University and the designer of the still-unnamed car, and Brendan Aurelio, the owner of Pacita Fibertech and the vehicles' architect and builder.

The two cars on display look similar but are slightly different from one another. The yellow one is actually the very first prototype and is powered by a Honda B16A engine. The orange one is supposedly closer to production and has a Mitsubishi 4G63T turbocharged engine. Both vehicles are made of fiberglass and carbon fiber, and utilize VR4 front and rear suspensions and 18-inch Rota wheels.

We asked Factor how close the orange car is to completion, and it's reportedly 80% finished. "We just need to finish the interior and complete some of the exterior items," he pointed out.

As to why Factor Aurelio Automobile chose to run an in-line-four engine, it was a matter of cost. "It's easier to fix since there's an abundance of spare parts, but depending on the customer, we can put their choice of engine inside," Factor shared.

The company hopes to have a production-model unit ready before the end of the year, with a price tag in the range of P1.5 to P1.6 million.

"We only plan to make 10 units; that way, the cars can retain their value," added Factor. "If we make more than that, the cars will lose their value because they won’t be unique anymore."

So, would you buy a locally manufactured, P1.6-million "supercar" if it went on sale today? 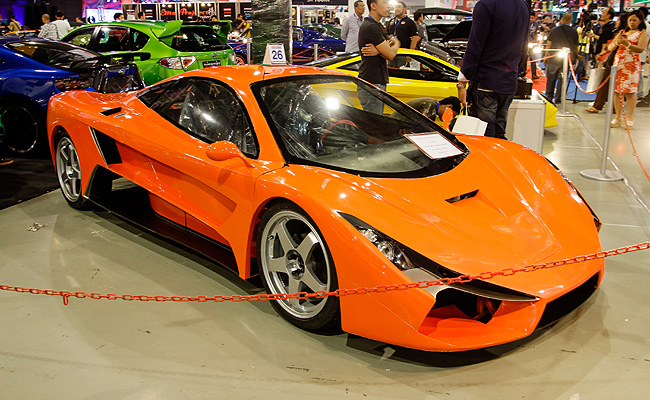