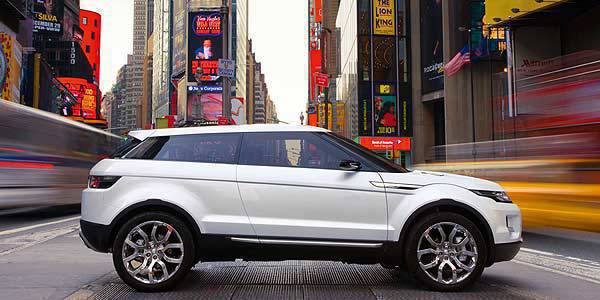 Land Rover is headed for uncharted territories with plans of making two-wheel drive Range Rovers scheduled to go on sale in 2011 and a new hybrid model set for 2012.

"This is good news for the company and for our customers," Land Rover managing director Phil Popham said in a statement. "A 2WD option is just one way in which we are developing our vehicles' efficiency whilst adding to the Land Rover range and expanding our customer base."

The 2WD compact Range Rover will be the lightest and most fuel efficient Range Rover ever with carbon dioxide emission of less than 130g per kilometer.

Land Rover is also working on the "range_e," a prototype with a 3-liter TDV6 diesel engine mated to a ZF 8-speed automatic transmission for the hybrid model which the company hopes to start selling by 2012.

Land Rover is aiming to achieve a range of more than 30 kilometers using just electric power with carbon dioxide emission of less than 100g per kilometer on top of achieving a top speed of around 193kph.

Popham said Land Rover will continue to produce the "world's finest all-terrain vehicles" for its customers along with the company's new product developments.

"We're very excited for the hybrid and the 2WD models," said Marc Soong, executive director of LRPhils, the official distributor of Land Rover in the country. "Land Rover knows what they're doing; they're the experts at what they do so I wouldn't be surprised if they revolutionize the market with their new products."

Land Rover has been making models like the Defender, Freelander, Discovery, and Range Rover Sport, which are tagged as "authentic 4x4s" since 1948.

Click this link to see the entire Land Rover lineup in the Philippines.

Lamborghini heels: Hot or horrid?
View other articles about:
Read the Story →
This article originally appeared on Topgear.com. Minor edits have been made by the TopGear.com.ph editors.
Share:
Retake this Poll
Quiz Results
Share:
Take this Quiz Again
TGP Rating:
/20