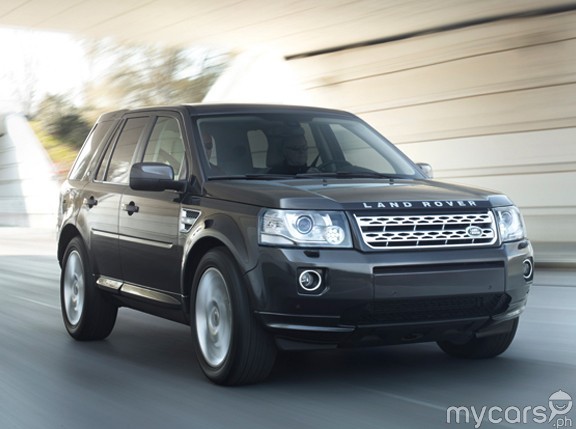 The Freelander 2 compact crossover sport-utility vehicle will make history in January 2011 as the first Land Rover to come with a two-wheel drive layout.

The Freelander 2 eD4 will be the most environment-friendly Land Rover to be ever produced. Its fuel consumption figure is 18.15 kilometers per liter combined for both city and highway driving while its carbon dioxide emission is just 158 grams per kilometer.

“A 2WD option is just one way in which we are developing our vehicles’ efficiency whilst adding to the Land Rover range and expanding our appeal to a broader group of customers,” Popham said. “We will continue to make the ‘world’s finest all-terrain vehicles’ for those customers who require 4WD but will also now offer an alternative.”

The Freelander 2 eD4 will be powered by a new 2.2-liter turbo diesel engine that produces 148 horsepower. It will be available only with a six-speed manual transmission. Stop/Start technology will also come as standard with the Freelander 2 eD4.

Land Rover is also scheduled to release the Range Rover Evoque, also a 2WD vehicle, but it will come out later than the Freelander 2.

Land Rover Philippines executive director Marc Soong expects mixed reactions from Land Rover purists and owners who are not into off-roading when the 2WD vehicles are released.

“A lot of Land Rover purists will definitely complain since it breaks with the brand’s tradition…but a lot of people don’t really take their Land Rovers off road so this will be perfect for them,” Soong said.

He added that if a local buyer places an order for the 2WD Freelander, his company can easily bring it in.

Land Rover has been producing a lineup made entirely of 4x4s since 1948. Just last May, Land Rover announced plans to produce 2x4 variants to expand its product line and customer base.