To clarify things once and for all
Feb 25, 2013
CAR BRANDS IN THIS ARTICLE 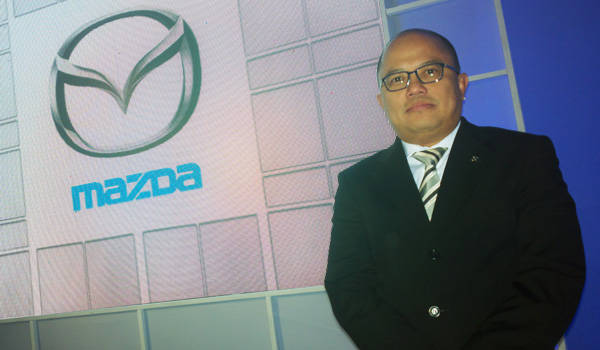 When we reported here last week that Berjaya Auto Philippines, the exclusive distributor of Mazda vehicles in the country, was rolling out its "Yojin 3 Mazda Total Care" new-vehicle service program--which will provide free periodic maintenance service for three years to customers who bought a Mazda car from January 1, 2013, onward--many of our readers were quick to raise an eyebrow. In a nutshell, they pointed out that the free three-year maintenance service is really nothing compared to Mazda's exorbitant pricing of its cars in our market.

"Assuming that it will cost P4,000 for one regular maintenance session and that it is done twice a year, that would be like having a P24,000 discount. But even then, (the car's) price is still too high," said one reader who goes by the handle GTi.

Most of the comments basically echoed the sentiments made when we reported that Berjaya Auto Philippines would not adjust or lower the pricing of its vehicles, upon which many readers accused the Malaysian CEO of the company, Steven Tan, as being insensitive to the demands of the Philippine car market.

Well, it turns out Tan is very sensitive to our market's demands. As a matter of fact, he actually reads every single comment made on TopGear.com.ph articles about Mazda and Berjaya. He even wrote a reply to our readers' comments, and we're posting it here:

It's quite exciting to read the responses to your story on Yojin 3, Mazda Philippines' customer-care program. I feel we can help clarify a few things.

On the topic of Mazda pricing, our current prices are not different from the pricing determined by the previous distributor. Let us explain why we chose to follow the same pricing. There are two sources of Mazda vehicles in the Philippines: Japan and Thailand. With the exception of the Mazda 2 and the BT-50 from Thailand, which are imported under the ASEAN Free Trade Agreement at 0% tariff, the rest of the Mazda cars and SUVs are produced and imported from Hiroshima at 20% CBU import tariff.

The import tariff does add significant cost to the SRP. When we broke down the importation, tariff and business-operation costs, we saw that the pricing set by the previous distributor was not unreasonable for a fair return on investment. However, we made the strategic decision to invest and build a better customer experience model in creating and offering Yogin 3.

Yojin 3 represents a major financial commitment from Berjaya Auto Philippines, because the SRP remains unchanged from the previous distributor. Berjaya has had a history of investing in this great country for more than a decade, and we are committed to investing in customer loyalty with our new Mazda business.

It is vitally important to point out that Yojin 3 will also cover cars sold from January this year--from dealer stock that was not sold by Berjaya. However, Berjaya and our dealer partners felt strongly that we should extend Yojin 3 coverage and benefits to customers who bought cars in January since Berjaya Auto Philippines was already the official distributor at the time. We and the dealers committed to continue supporting the stock sold by the previous distributor even though we gained no earnings from those vehicles. Why choose to do this? Because Mazda is our only brand, and we are here for the long haul.

This is a great forum for dialogue and to exchange views. And we thank you for your comments. Keep them coming.

There you have it, guys. Industry bosses do read your comments. Keep the line of communication burning.

Current license-plate format to give way to new one later this year
View other articles about:
Read the Story →
This article originally appeared on Topgear.com. Minor edits have been made by the TopGear.com.ph editors.
Share:
Retake this Poll
Quiz Results
Share:
Take this Quiz Again
TGP Rating:
/20