Standing is still allowed, as long as the bus isn’t overcrowded
by Drei Laurel | Mar 11, 2020

The Land Transportation Franchising and Regulatory Board (LTFRB) has addressed concerns regarding the use of public buses amid Metro Manila’s ongoing COVID-19 scare.

In a press conference held on March 10, the agency announced that overcrowded buses will not be allowed as the country tries to halt the spread of the coronavirus. According to LTFRB head Martin Delgra III, the agency has already called the attention of bus operators regarding this measure, and is instructing them to keep drivers and conductors in check.

“We would like to address that by calling the attention of operators. Kasi po, sila po—yung drivers at konduktor—sila yung nagpapapasok at nagbababa ng mga pasahero,” Delgra said. “We know that under our existing rules, standing is allowed to a certain extent. Pero hindi naman po pwede na there is what you call overcrowding. Especially at this time of national emergency.”

Delgra, though, clarified that standing in buses is still permitted. Only packing commuters into a bus like sardines is not allowed: “Actually, yung nakatayo po, under existing rules pwede naman po. But as I’ve said, especially at this time of national emergency, we are telling now the operators na lalong lalo na sasabihan ang mga driver na hindi na po pwede ang siksikan.”

The official also explained that to help manage the number of passengers, the agency will work on fixing bus routes.

“To be very candid about it, yung number of buses, the number of buses that pass through EDSA, is supposed to be more than enough to address demand. Inaayos lang nga natin ngayon kung papano natin isasaayos ang mga rota na yan,” Delgra said. “It’s about having to manage the routes moving forward.”

Regarding penalties for buses still caught overcrowding, Delgra announced the LTFRB has already approved a memorandum “consistent with the presidential proclamation” declaring a nationwide state of public health emergency.

“In the MC that we have already approved, we are actually again making that firm appeal to the operators, to comply with the MC consistent with the presidential proclamation,” Delgra said.

“Deliberate failure on their part would be considered a violation of the terms and conditions of the franchise. Hopefully, we’ll be able to have the MC released late this afternoon, or at the latest tomorrow morning.”

Anyone who frequently commutes via public bus will know it’s an understatement to say that the LTFRB has a tall task ahead. Do you believe operators will refrain from overcrowding their buses? 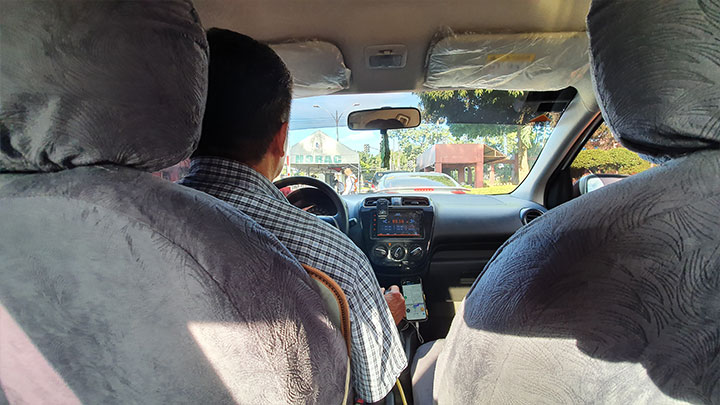